Wow. I really haven't been doing well with keeping up with this blog!
I took Daddy to Mass on Thanksgiving morning. I was surprised at the number of people who were there. The current priest started a tradition of blessing bread. 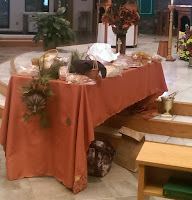 We had a good little crowd at Daddy's for Thanksgiving...there were around 30 of us. Luckily, it was warm enough that some of us ate on the deck and hung out there.  We had way too much food...I ended up coming home with almost all of my mashed potato & squash casseroles. OS came in, but it was a little too far for MS. He'll be home in a couple of weeks, though. YS  & his girlfriend were also there. 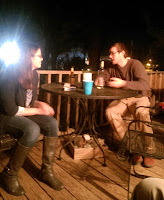 The Small Town's football team is headed back to the State Championship next week. I kept up with the score through the internet, and when the other team was up 2-0, I didn't have a good feeling. The final score was 42-2. The team they are playing on Friday is the team that beat them in the Championships last year...which is the first time the Small Town lost in the Championships (that I know of, anyway).
My plan was to clean on Friday while CH was gone camping, but I got a little distracted on the computer. The teacher site  that is like ETSY is having a huge sale today & tomorrow, so I was busy getting things ready for it. We'll see how I do. I started my "store" without any huge expectations of making a lot of money, so I'm a bit surprised that I actually have made a little bit. Not a lot, but a little.
CH ended up coming home Friday night because he couldn't find the people he was planning on camping with, so I ended up cleaning on Saturday. I like to have my house clean before I start decorating for Christmas.
I asked permission from one of my brothers to post this picture. Does it get any better than this? He has his own personal "Elf on a Shelf"! 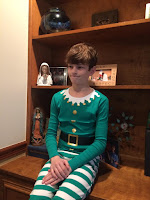 3 more weeks until Christmas Break! I have my activities planned for the next 3 weeks at work, so I'm all geared up, ready to go!

I spent last weekend in a very special place. A place where:

* My father, uncles, cousins, and brother-in-law once walked.

* My cousins' children have walked or are currently walking. One of my sisters is among those walking the grounds. 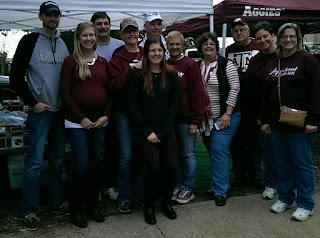 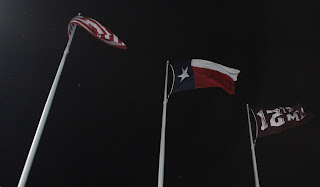 * You're greeted with "Howdy!" by total strangers. 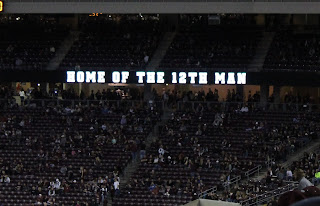 * God is still King & you have no doubt about it. 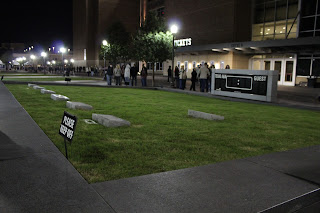 The graves of past Reveilles...the scoreboard is lit during games so they can keep an eye on how the Aggies are doing.
* Hearing a certain rhythm results in a loud "WHOOP!" by everyone within hearing distance. 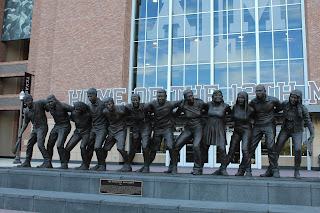 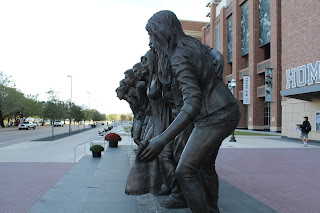 * About a thousand people flow into the stadium at midnight to practice their role during the next day's game. 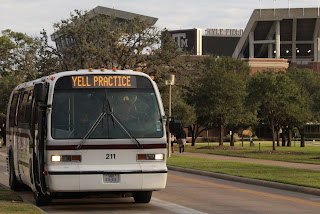 * These same students continue their practice in smaller groups after the structured practice. 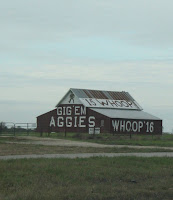 * The fans actually stand & cheer the band at halftime instead of running to the concession stand and/or talking. 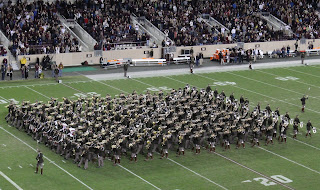 * You won't hear traditional football cheers...or cheerleaders. The "Yell Leaders" put on a show of their own. (I think I spent at least half of the game mesmerized by them!) 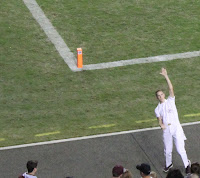 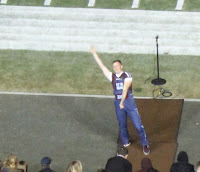 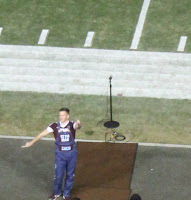 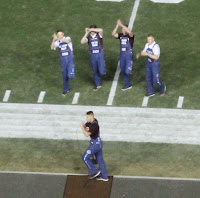 * The Core Values of Loyalty, Integrity, excellence, Leadership, Selfless Service, and Respect are expected and are evident. 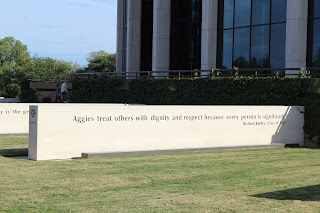 *Traditions run deep and are embraced by even the young ones. 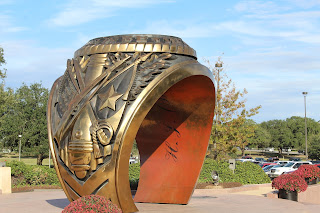 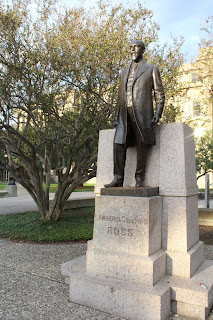 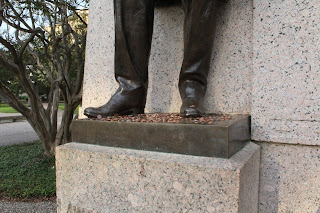 The students put a penny at the feet of "Sully" before a big test. 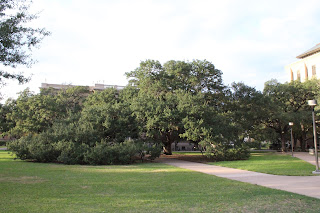 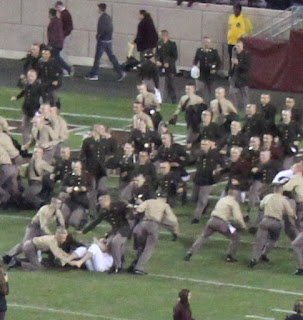 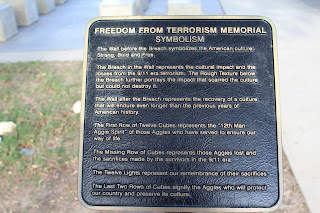 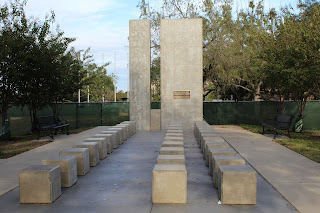 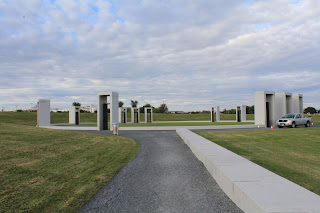 The memorial for the students who were killed during the bonfire in 1999.
*Veterans are truly treated like heroes. 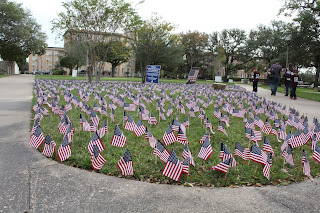 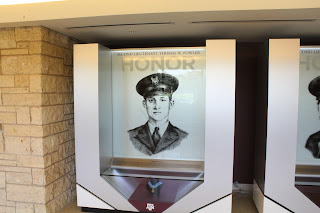 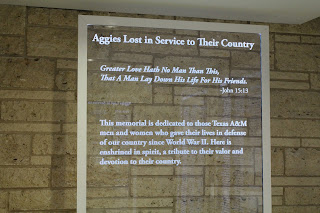 Being the daughter, niece, sister, sister-in-law, and cousin of Aggies, I thought I had a decent grasp of this Aggie Spirit. Well, after visiting Aggieland, I realize that until it is experienced first-hand, it's impossible to truly understand what being an Aggie really means.