A Most Delectable Treat (for Adults)

Last summer when I was in New Orleans for a conference, I had the most delectable treat (for adults). When I went to MS' graduation in Baton Rouge, I had to indulge because I haven't seen anything like it around here. It's perfect for a hot summer day, or after taking the dogs for a walk in the evenings. Do I have your attention? 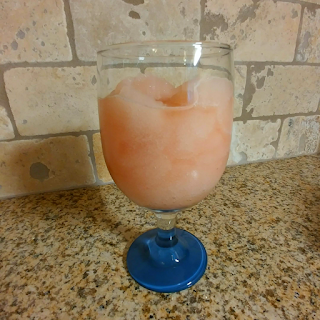 Frosé. What a treat! I knew there had to be a recipe out there somewhere that wasn't too difficult, and I found it on Bon Appétit. What is Frosé? It's frozen rosé. (Duuuh!) The first time I made it I used Pinot Noir. It was good, but not quite what I had in Louisiana. For one thing (and I probably got the wrong kind...I'm definitely not a wine connoisseur!) it was dark. It was still really good and I would definitely make it again, but using a straight up rosé is where it's at!

It is time-consuming but really easy and very much worth it. I took some to a friend's house when a few friends got together & they all enjoyed it. I took the recipe on Bon Appétit & tweaked it just a tad.

First: Pour a bottle of rosé in a 9X13 pan and put it in the freezer for at least 6 hours. 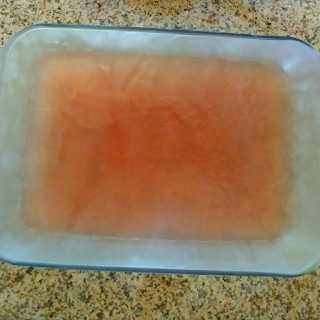 Before you take it out of the freezer, boil 1/2 cup water and 1/2 cup sugar until clear. Make sure you stir it while it gets to the boiling point. It doesn't take long for the water to boil, so make sure you don't walk away!
After the water boils, take it off the heat and put in 8 ounces of cut up strawberries. Let that sit for 30 minutes on the counter. I've let it sit longer than that just to give it a little more oomph! 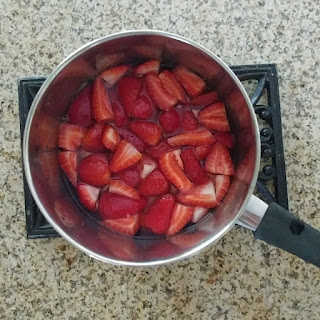 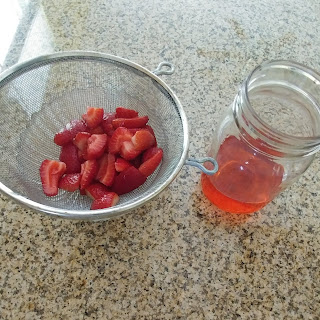 After the syrup has been in the refrigerator for at least 30 minutes, you're ready to assemble! Take the frozen rosé out of the freezer and chop it up just a little bit...enough for it to fit in a blender. 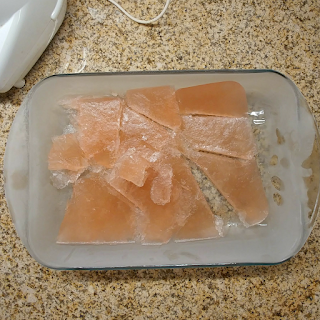 To the blender add: 1 cup of crushed ice, the simple syrup (the original recipe specified the amount but I think adding all of it makes it taste a little better), lemon or lime juice (I didn't have any lemon juice but had a bottle of Key Lime Juice...again, I didn't measure; I just put a couple of long squirts in), and the shards of rosé. Blend until well mixed.
Put the blender pitcher in the freezer for about 35 minutes. Take out and blend again. The site says that you can store the finished product in the freezer for 1 week. The batches I've made haven't lasted that long so I can't attest to that.
I would highly recommend this most delectable treat (for adults). If you're in the NOLA/Baton Rouge area you'll definitely want to try it. This homemade version is pretty close to what you'll get there! Cheers! 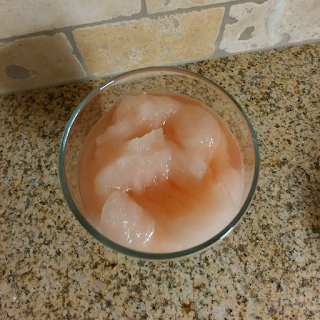 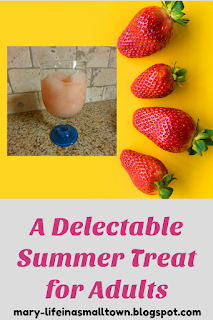