Yeah, well...so the Edisto post hasn't happened yet. I started this post last week but never finished it. I had a great weekend a couple of weekends ago to not talk about it!
It all started on Thursday. I went to the local CCW (Council of Catholic Women) Convention that was held about an hour from home. I rubbed elbows with the Bishop, who even put his zucchetto (also known as "Bishop Beanie") on my head for just a few seconds. I told people that it started smoking so he took it off pretty quickly!

Friday, I had the honor of listening to Father Leo Patalinghug. I knew of Father Leo through the Catholic Channel on Sirius Radio. He is the founder of the Grace Before Meals Movement. Even during periods when I wasn’t a regular mass attendee, we always said grace before our suppers as a family.  In this fast-paced world, many families don’t even have supper together, much less say grace. 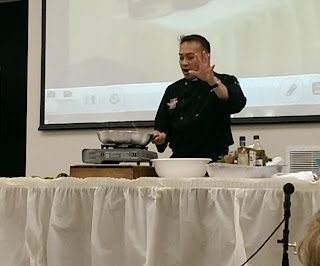 While Father Leo was cooking, he was doing what he does: preaching. In this election year, people are very nervous about the route our country may be going. Some “words of wisdom” from Father Leo about the subject:
Remember that the  is One Nation Under God, and will always be, no matter what. So, don’t get all stressed about the upcoming election; we’re going to be okay.
Some cool facts about Father Leo: He used to break-dance, and he has a couple of black-belts. He also has some nieces & nephews in the music business. They're pretty big in the UK, but haven't hit it big here yet. You can find their website here. 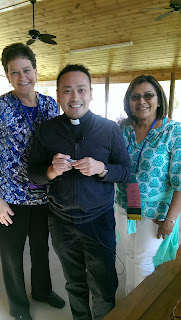 We had a game night Friday night. The games were just so-so, but there was this 90 year old lady who attended the convention. She participated in a game; when she headed back to her seat, she said "I'm a party animal"! She was just too cute. 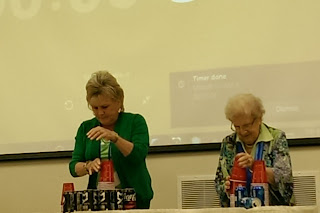 The last day, Cathy Bonner gave a powerful presentation on domestic violence.  Women Healing the Wounds is a domestic violence prevention resource guide. The guide is free, and includes a page with tear-off tabs for each parish to put information for their local shelter. It is also available in Spanish.  They also have partnered with Verizon to donate used cell phones. If you donate a phone, don’t forget the charger!

When I got home, there was an airshow going on. We live very close to the airport, and, as it turned out, we knew someone who owns a lot across the street from us. We ended up having a fantastic view. I got home in time to see the Blue Angels. Up until I saw them flying around that Thursday, I didn't see what the big deal was. Oh.My.Goodness! I had chills watching them practice. They really are amazing. 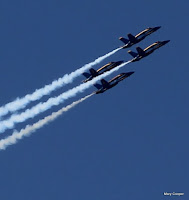 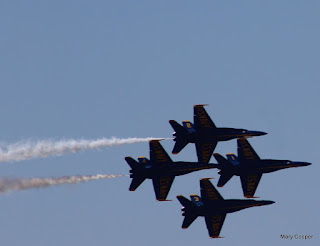 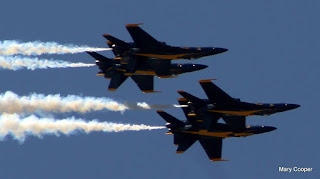 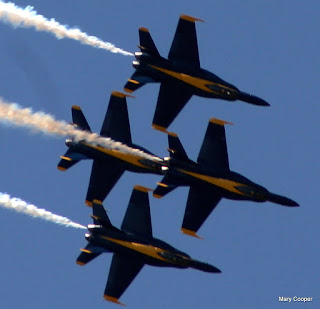 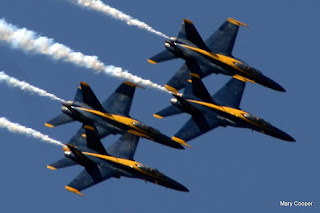 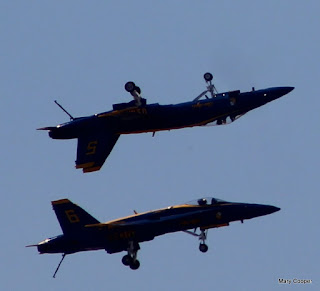 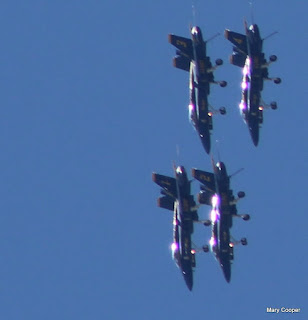 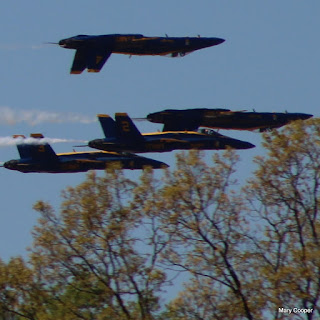 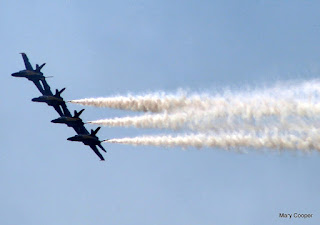 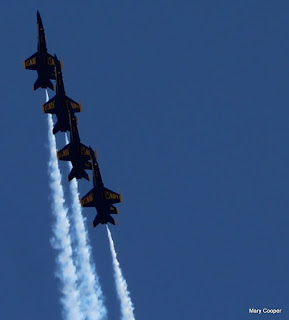 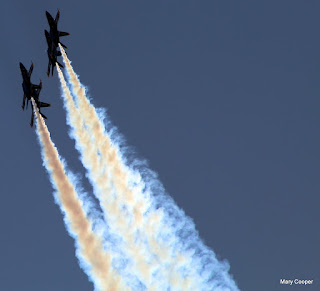 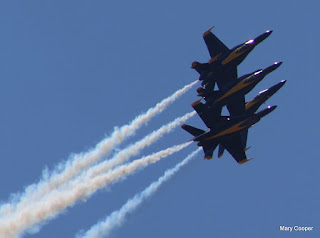 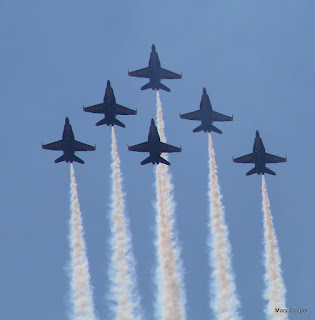 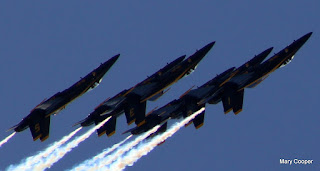 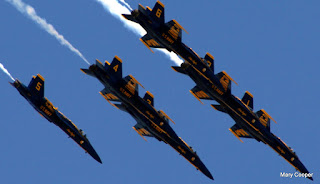 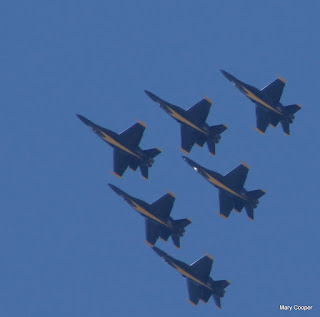 It was incredible how closely they flew to each other. The kids at school talked about it all week long.

It's been rather quiet in the Small Town. Remember when I talked about the daughter of someone I went to school with who passed away in this post? The Bridge was painted, and hadn't been touched since then. Well, until someone thought it would be cute to vandalize the bridge. A local young man took it upon himself to paint over the graffiti and turn it back into something beautiful.

photo credit: WBIR
I noticed last week that white paint had been put on the bridge. I'm assuming it's local authorities who do that when something inappropriate has been painted. It's good to know that there are still young people out there who have respect and compassion.

Right before Easter Sunday I decided it was time to take my Christmas wreath down. (No judging!) I took it down and put it on the table. When I picked it up to take it downstairs, I noticed a couple of eggs. I looked at them, and 1 appeared to be cracked; the other was a little smushed where it had landed on the table. I felt horrible. I put them back in the nest and hung the wreath back up. We had some pretty chilly days after that. Last week I was going to go ahead and get rid of the eggs and put the nest up, when I saw this: 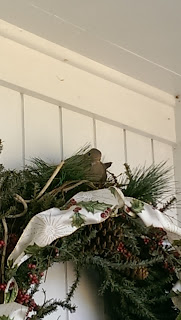 There's a pigeon sitting on the nest! I had the chance to check the nest yesterday; there is 1 egg, and it appears to be larger than the 2 I saw earlier, so there's some hope!  The front door doesn't get much traffic; it was a bit of a fluke that I saw her when I did.

That gets me pretty much all caught up...except for the whole Edisto post! I hope to get that written up before I forget about it!
Until next time...
Email ThisBlogThis!Share to TwitterShare to FacebookShare to Pinterest
Labels: armed forces, bridge, Catholic, cooking