I am so proud of myself! I went camping with no electricity or running water! And I wasn’t scared or uncomfortable one bit! It's not the kind of primitive camping that Confessions of a Catholic Mutt does (so I'm sure she's getting a good laugh out of this!), but for me, it's a milestone! I guess I really should preface that with it was only for 1 night, and it wasn't like it was out in the wilderness. There were no bears, and we didn't even see any raccoons. The only sign of wildlife were the bullfrogs that serenaded us all night long. And I mean...ALL.NIGHT.LONG.
I've never heard frogs sound like that; I really thought they were ducks the first time I heard them. (City-girl)
We went to this place because: 1) once again, we waited too long to try to get a reservation at a campground, and 2)  there were some offroad people riding the trails where we were. (That's the talking/music you hear in the video.) They stayed across the pond from us; the "campground" was just a field that had been roped off, so we couldn't stay there with our trailer. 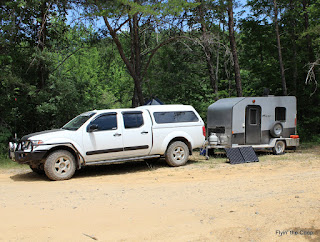 We thought it was going to get really dark after the sun went down, but the moon must have been fairly bright. CH put the solar panels out and we were able to charge our phones and my tablet. AND, we did have service, so I was able to chat with some friends on FB. So...not exactly roughing it, and I did have my "luggable loo" to save the day. 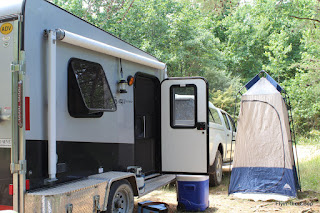 As I said, we were right next to a pond, which supplied an opportunity for some "reflection" pictures. 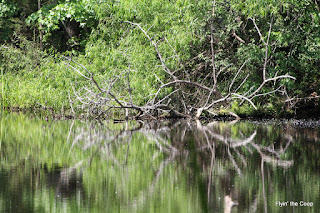 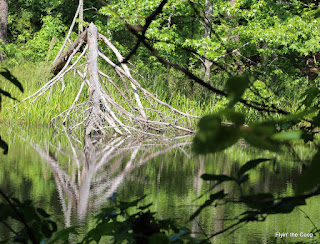 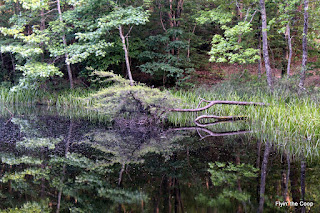 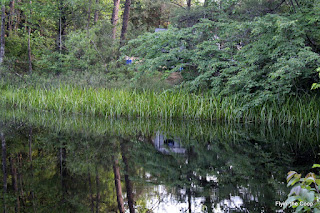 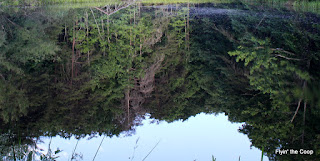 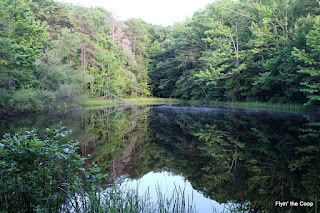 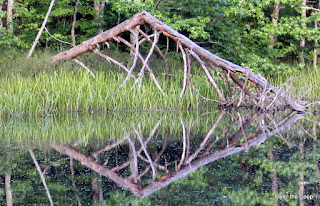 Monday, we just hung around the house and made a trip to Lowe's. I loved that they were playing patriotic music pretty loudly. While I'm on this...does anyone else think it's inappropriate to say, "Happy Memorial Day"? It's kind of like saying, "Happy 9/11", isn't it? It's a tragedy that so many young men and women sacrificed their lives so we can have our freedom; it just seems odd to hear/see "Happy Memorial Day".
We invited Daddy up for burgers last night; YS had the idea to have brownies and ice cream, topped off with caramel sauce spiked with Jack Daniels. He was spot on! It was fantastic! 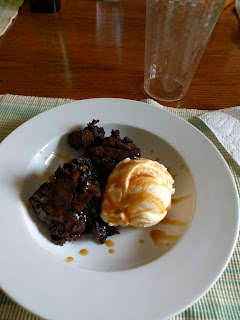