When you Wish Upon a Star Wednesday Medley 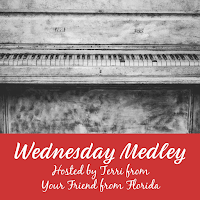 It's just like the Wednesday Hodgepodge, but with a new name and a new "hostess with the mostess"! Much thanks to Terri for continuing our Wednesday Q&A...I'm looking forward to being reacquainted with old friends and meeting new ones.

1. On December 5, 1901, Walt Disney was born.  Have you been to Disneyland or Disney World?  Can you share a favorite Disney memory?


We took the boys to Disney World in 2000; their ages: 11, 8, and 5. When we went to “Honey I Shrunk the Audience” (which is in 3D) everything was fine. Then the snake appeared to come toward us and we hear, “MAMA! MAMA!” I look next to me to see MS with his feet in his chair screaming for me. We laugh about that to this day!


I’m pretty sure that’s not what Terri had in mind, but that’s a favorite memory! 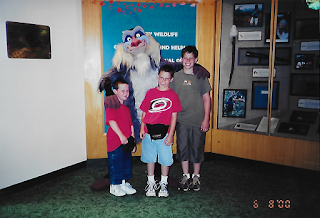 I also marched in my high school band during the Disney World parade a couple of times (I think it was 2 times, anyway). Very cool!
I’ve never been to Disney Land and really have no desire. I also have no desire to go back to Disney World. I’d love to give Harry Potter a try, though.

Space Mountain isn’t like it used to be. It’s not pitch-dark like it was when it first opened; I’m sure it’s because of liability.
I’m not into roller coasters & really never was. I just rode it because that’s what you do in high school, and what you’re obligated to do with your kids.

3. The very first fairy tale that Walt Disney made a cartoon about was Little Red Riding Hood.  Did you enjoy fairy tales when you were a youngster or did they scare you?  Did you have a favorite?

I loved fairy tales when I was young. I don’t think I have a fave, though.

4. In Lady & the Tramp, Tramp’s real name was Butch!  Do you have nicknames for your fur-babies and/or for your children?

I always have nicknames for my furbabies! Laika’s is “Cuddle bug” and Gurl Dogg is “Crazy dog”. I mean, really, should Gurl Dogg even have a nickname? 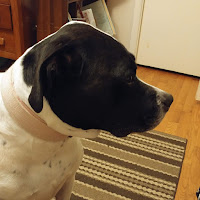 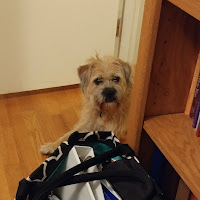 5. I can’t let this day go by without respecting George H.W. Bush, as he lays in state in the Rotunda of our Capital today.  He was our 41st President and only the second father to have a son follow him as President of the United States.  President Bush loved his colorful socks.  I bought Joe a pair of George H.W. Bush socks for Christmas one year.  I know Myra has a pair… any other bloggers checking in today who have a pair of the Presidential socks in a drawer at home?  How do you feel about colorful socks?

No Presidential socks here; I didn’t even know there was such a thing.
I bought a 4-pack of Bombas a few weeks ago, only there were 3 in it and the pair that didn’t come was marked out with no explanation. I tried calling the 800 number only to get a message that they were only responding to emails due to the high amount of traffic. (Wonder how many other people they stiffed?) I emailed a week ago and finally received a response. The other pair of socks is out of stock so they are going to send me another pair of my choice. They are very comfortable (just as advertised) and I like that for every pair that is bought they donate a pair.

6. Please tell us something random about your week!
Well, the Small Town Football Team did it again: they won their 17th overall state championship last weekend. This team went undefeated. It's rare when they are undefeated, even if they win the championship because they play another powerhouse every year & the other school is about 3 times bigger than Small Town High. MS' team went undefeated his senior year (2009) and I think they were undefeated 1 other time since then. That's about the most exciting thing that happened this week!

Thanks again, Terri, for hosting! Want to get in on the Wednesday Medley? Check her blog Your Friend from Florida on Tuesdays to get the questions, then don't forget to link up on Wednesdays!
Email ThisBlogThis!Share to TwitterShare to FacebookShare to Pinterest
Labels: boys, vacation, Wednesday Medley