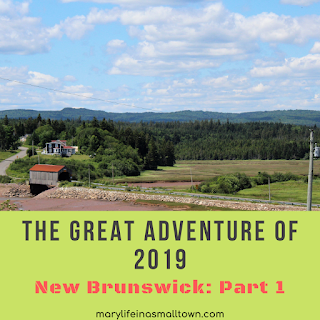 First off, I had a really hard time deciding what picture to use for this post. We saw so many amazing, beautiful things in New Brunswick. But, I'm getting ahead of myself.

We left NH and headed to the border. I was really excited to get into Canada for the first time ever. We crossed into Canada via Calais, Maine and it was a breeze. There were no cars ahead of us so we were able to pull right up. The only thing is that the guard didn't stamp our passports & we forgot to ask. I don't know if they do that when you're crossing in a vehicle; maybe someone can answer that question for me. 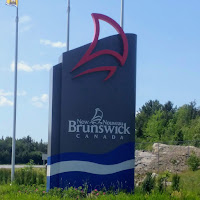 Right away we could tell we weren't in the USA any more by the signs: 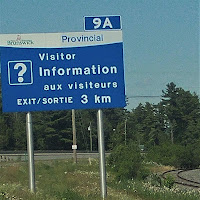 We had a good time all throughout our stay saying "Sortie". Neither of us speaks French & I know we weren't saying it correctly; just saying it in our southern accent.
Shortly after crossing the border I got my first glance at the Bay of Fundy. 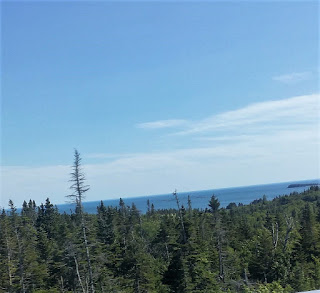 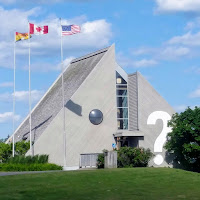 Our first Canadian destination was St. Martins. This is a little village that apparently is a well-kept secret. I was surprised at how few people were there. Before we checked into our B&B we had our first meal right on the Bay.

Our first B&B experience was incredible. Our hosts (Sue & Chris) were spectacular and we were given more than enough to eat at breakfast. Coffee, which Chris blended himself, was served in a French Press and was incredible. 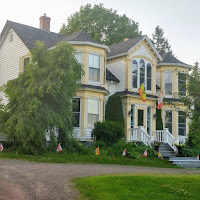 The house was built by a sea captain in 1844. We actually rented an efficiency apartment and had our own private entrance in the back. New Brunswick was going through a heatwave when we were there (in the 70s) and there was no air conditioning. Chris brought a fan up and we were quite comfortable with it blowing on us at night. He offered to put the window air conditioner in for us but we really didn't need it.
There was a gorgeous piano in the dining room that was original to the house. Sue said that when they bought the house the piano wasn't there. During a conversation with another resident of the village, she discovered that he had it in his basement and so the piano came home. Originally, the sea captain brought the piano back on his ship from Boston and used it as a ballast 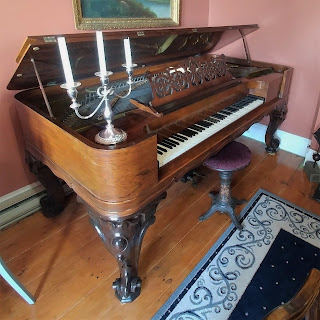 CH & I love to learn about the history of where we visit. As we drove into St. Martins we saw this on the side of the road: 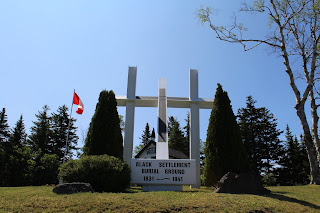 We were very intrigued so our first full day we drove back out of St. Martins to get a closer look.  This is a Black Settlement Burial Ground. There was a sign explaining the artist's rendition: 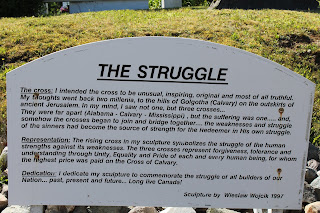 As well as a stone with some background. 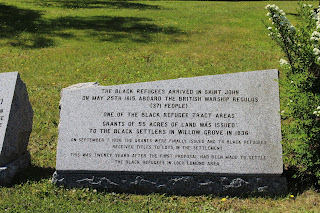 One of the first things I noticed when climbed the bank was a statue of Mary: 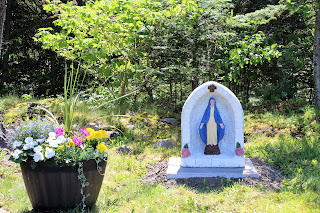 We kept seeing these signs. You would think it meant there was a lighthouse ahead. We found out after spending a good part of the day chasing lighthouses that it actually marks the Fundy Trail. Following the signs took us to this very disappointing lighthouse: 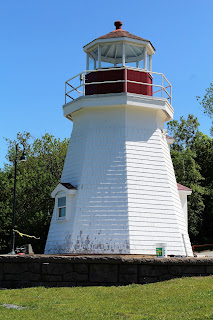 But the views from the bench in front of it made up for it. 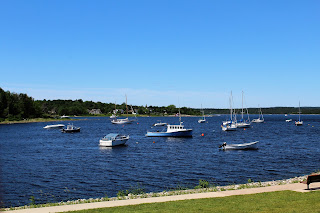 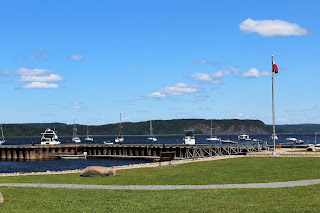 We got in the car and chased another lighthouse, which took us to an amazing field with wildflowers. 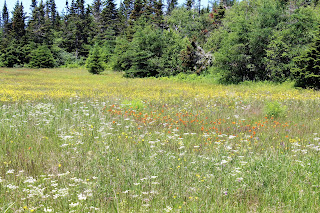 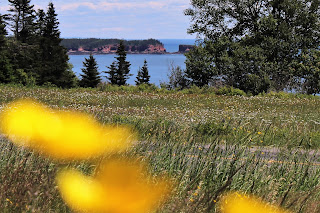 And our first walk on the seafloor. 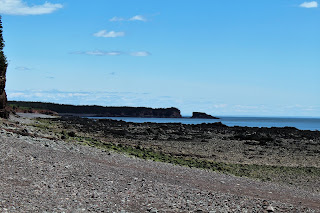 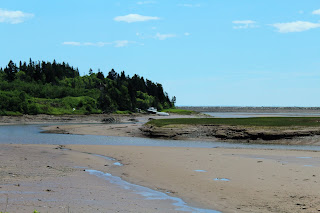 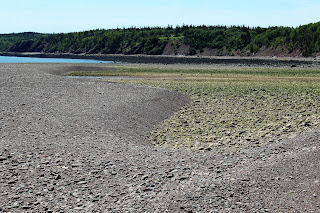 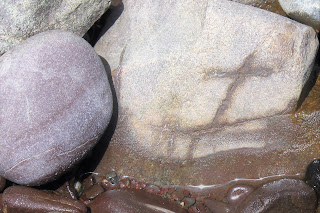 After that we switched to chasing covered bridges and found this one: 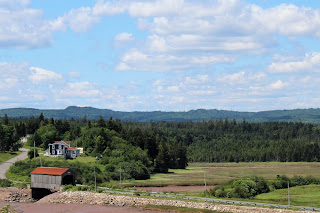 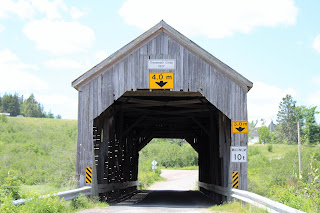 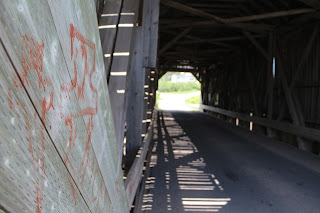 We made our way back to St. Martins, but first, we saw this lighthouse:
The first lighthouse was manned in 1835. The original lighthouse was lost to a fire. The current lighthouse is a working one, complete with a foghorn. (Information courtesy of Lighthouse Friends.) 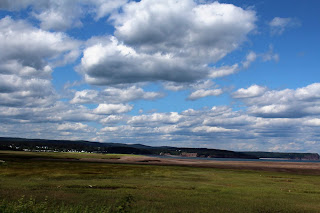 And we spotted this girl in the field: 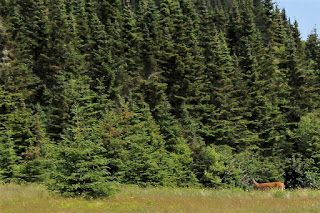 We ended our first full day in Canada by grabbing dinner at a place recommended by Sue, then heading back to the B&B for some much-needed rest. I'm not done with New Brunswick yet! I originally planned on writing one post for this Province, but, in order to keep the post to a reasonable length, I'm going to have to split it up. 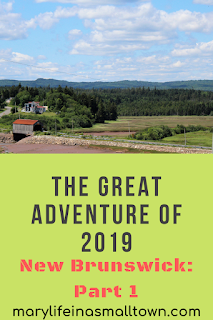