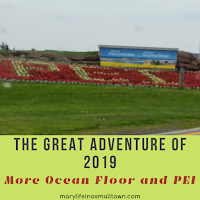 After a couple of days in St. Martins, it was time for us to move on to Prince Edward Island (PEI). On our way, we had to stop at Hopewell Rocks for one more walk on the ocean floor. We timed it just about right at low tide. It was raining off and on when we got there; I put on my rain boots and it wasn't a problem at all. We actually arrived around 10:00 (I think it was!) so it wasn't very crowded. When we left, though, people were starting to come in. 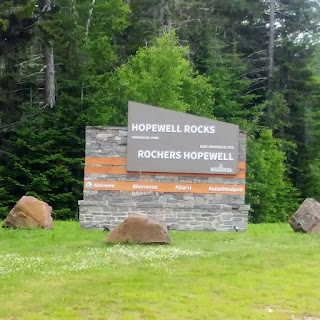 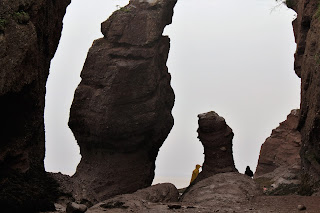 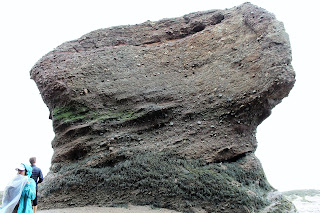 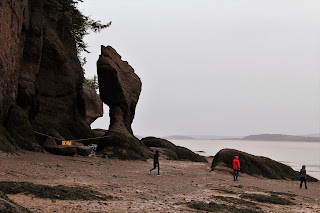 The rocks in the next 2 pictures were pretty cool. It's amazing how the rocks just fell where they are due to the erosion. 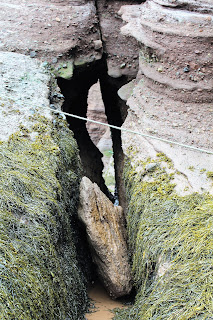 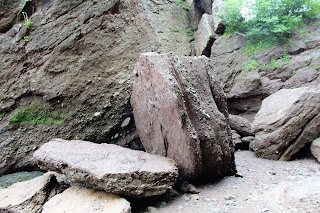 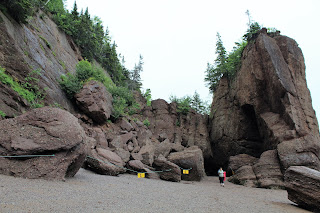 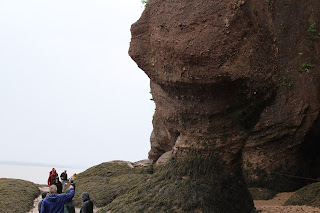 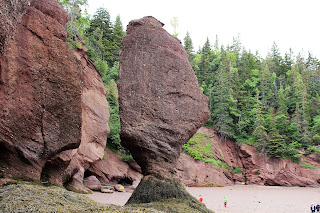 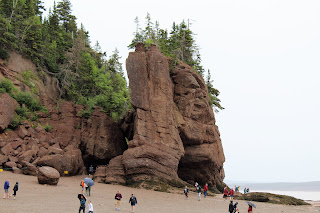 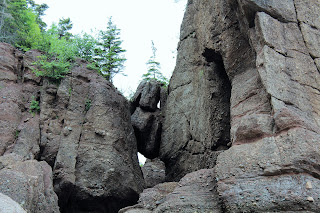 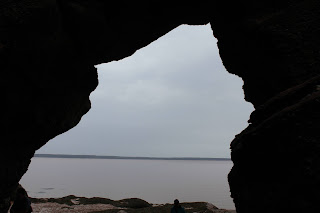 We talked about stopping in Moncton to test out Magnetic Hill but then decided to just go on over the bridge to PEI. It sounds cool: when you put your car in neutral, it appears to travel up the hill. A novelty, for sure, but we didn't think it was worth our time to do it.


We drove over a long bridge to Prince Edward Island. The crazy thing is that you don't have to pay anything to get to the Island, but you do have to pay to leave. 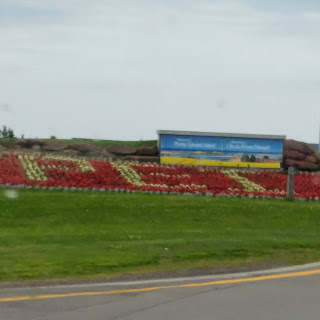 Our first order of business was setting up camp. CH found the perfect campground for us. We were right across from the Gulf of St. Lawrence. The only reason we weren't in a spot right on the Gulf was because of bank swallows nesting.
Ready for some bank swallow pictures? They are a tad blurry because they are quick little birds! I basically just pointed my camera and held the button down. I checked the pictures later; I figured I'd get at least one in one of the shots! (You may have to click on the picture to really see it!) 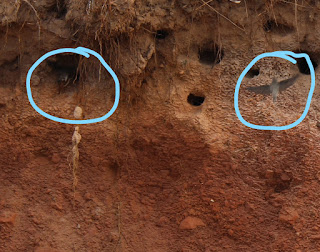 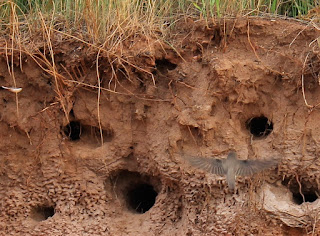 The campground had a nice little beach area. I took a walk just at sunset. It was overcast but no beach trip is complete without a sunset picture! 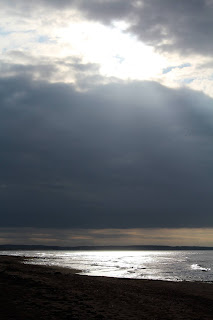 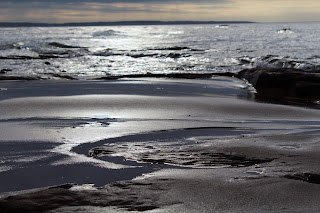 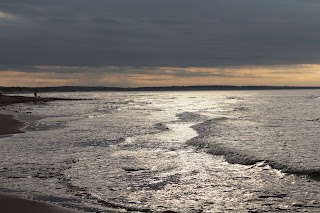 The big attraction that I wanted to see: Anne of Green Gables House. 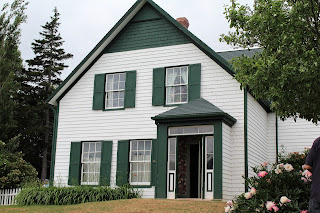 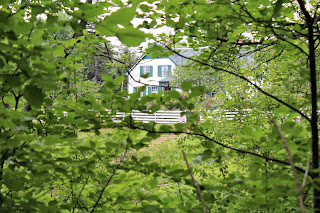 I read about PEI Dirt Shirts online and thought it would be cool to go by and see what the hype is all about. 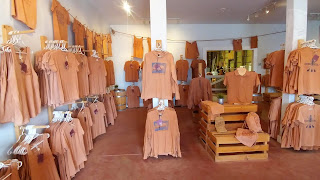 These shirts are actually washed in PEI red dirt! The owners' son was running the place when we were there. 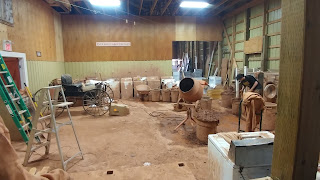 On our way back to the campground we took a little drive and ended up seeing this: 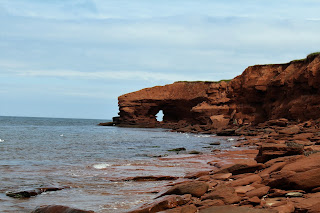 Not quite Hopewell Rocks, but it was a nice surprise! I wish we had more time on PEI, but we had a reservation at an Airbnb to keep in Nova Scotia. We loaded up the next morning and headed toward the ferry for another Canadian Province. 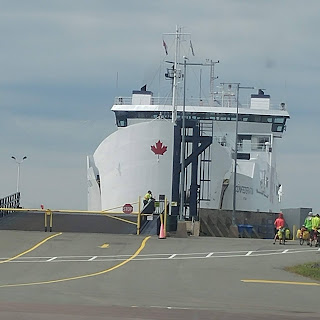 We weren't able to get another Beaver Tail on the ferry, but we did get some famous Cows Ice Cream! Almost the best ice cream I've ever had! 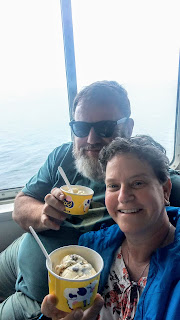 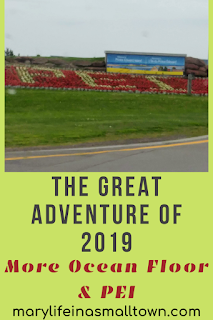