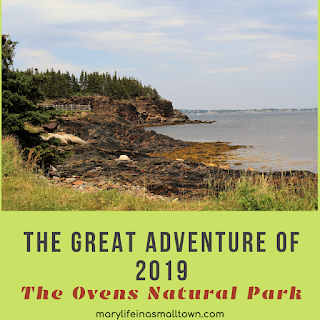 I'm not sure where CH heard about The Ovens but this was one stop he definitely wanted to make. We spent 2 nights in the park. It was a nice break from trying to see everything. We relaxed, took a hike, and enjoyed ourselves as our time in Canada was rapidly coming to a close.

The Ovens is owned by the Chapin Family. If you remember the song "Cat's in the Cradle", you'll know who Harry Chapin is. That is just part of the history, though. "The Ovens" are actually the sea caves that can be found as you hike the sea cliff trail. They just aren't the kind you can walk in like the ones in New Brunswick. 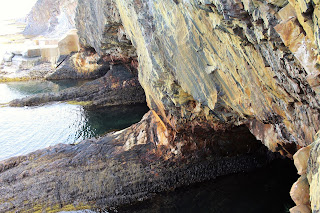 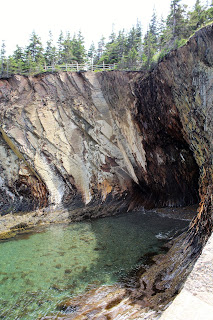 There is a legend that a M'kmaq Indian paddled into one of the caves and came out 90 miles on the other side of the province. The real history is the Gold Rush of 1861. Sitting on this property was a town of over a thousand miners. Bank, hotels, and stores were in this town. Sadly, the town only lasted 6 years. There is a small museum on site. 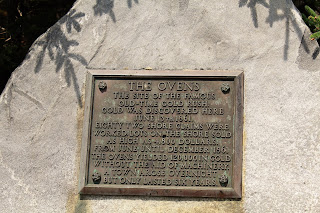 We hoped that our campsite would be right on the cliff, but we had to settle for being right across the road from it. Still, it wasn't a bad spot. 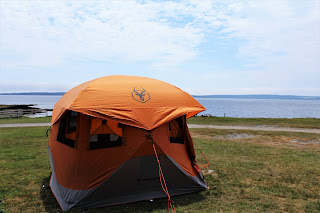 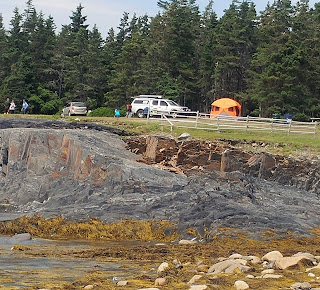 If I remember correctly, there was a water spout not far from our spot, but the campsites did not have electricity. We had a couple of fantastic nights' sleep, and the view when we woke up wasn't too shabby: 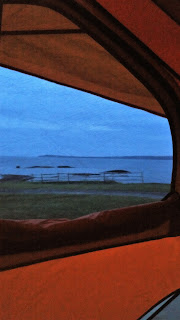 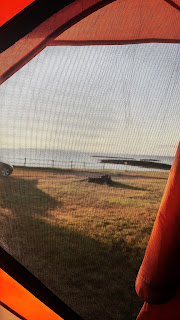 Something funny that happened: when we first arrived, I saw what I thought were a couple of people sitting in chairs on an isthmus: 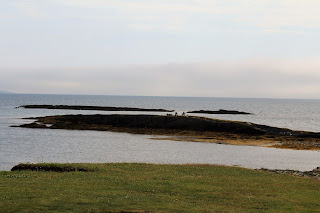 See what I mean? Doesn't that look like 2 people sitting in chairs? Well, as soon as I had the chance I walked over because those people hadn't moved in a long time. This is what it actually was: 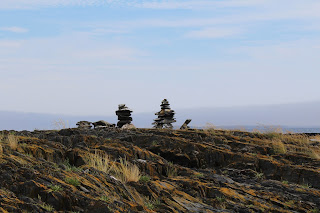 At least I provided CH with some comic relief!
We opted to take the easy way out while we were there and take advantage of the diner that is in the campground. There was music playing (thanks to the Chapin family!) and the food was pretty good. 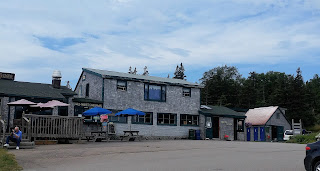 Overall, the campground was a little rugged. I have no idea what the shower places look like because I decided to really rough it and go without the full day we were there. I will say that the outside didn't look very welcoming! The toilets reminded me of the ones in the Great Smoky Mountains National Park...you know, the ones that don't flush? Yep, those are the ones that were there. Someone left the door open at night & I was a little concerned I was going to surprise some critter. Luckily that didn't happen!
Once again, the beauty of Canada just astounded me. The rocks weathered by the sea were captivating. 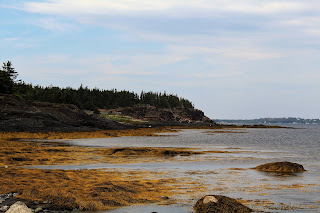 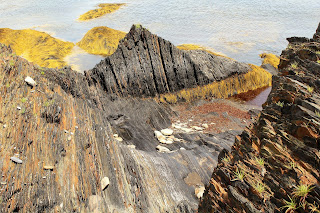 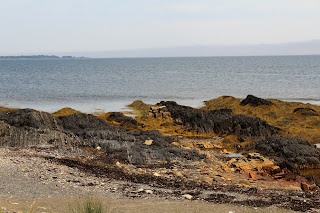 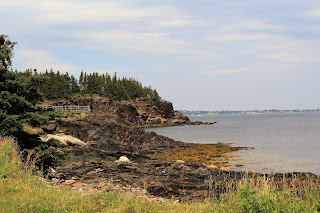 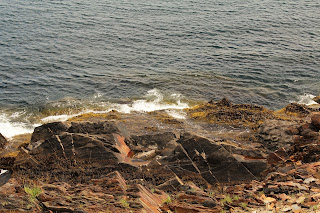 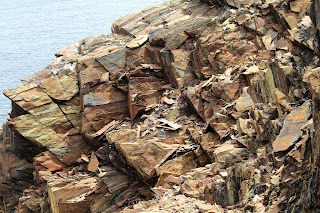 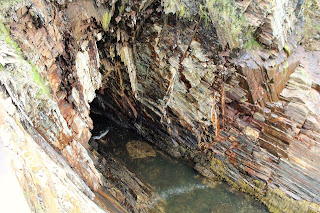 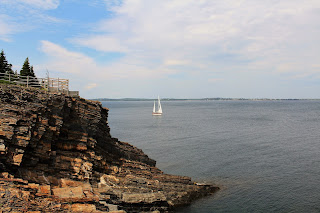 We only had one more stop in Canada. 2 more nights and then we would be heading back to East Tennessee. 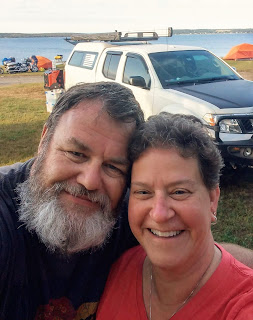 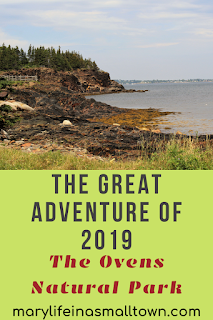