I just can't let my Ireland Series go! It was indeed a trip of a lifetime, and it's given me the encouragement to go on more trips like this and to be more adventurous.

Throughout our trip we found ourselves saying "next time we'll ...". Hopefully there will be a next time, if not to the same areas of Ireland then parts that we didn't visit.

Next time, we'll definitely use Bunk Campers again. If I'm not with CH, I'll rent a car and stay in B&Bs. And I'll go a little later than mid-March. I want to see the heather in bloom.

Next time, we won't even plan where we're going, we'll just go where the wind takes us. We'll take advice from locals and go from there.

Dublin: I missed Kilmainham Gaol the previous 2 visits, so that has to be at the top of the list next time. I just don't want to spend more than 1 day in Dublin; there's too much to see to be stuck in a metropolitan city that doesn't really "feel" like Ireland!

I would definitely go to Athlone, County Westmeath (between Dublin and Galway) to visit Sean's Bar, the oldest pub in Ireland (over 1000 years old). And then go back to Ballinasloe to catch up with Sean the barman. And then drive over to Sullivan's in Oughterard for pastries and coffee. After that, I would be all for heading north. I'd love to re-visit Knock; my SIL and I visited there during our visit. 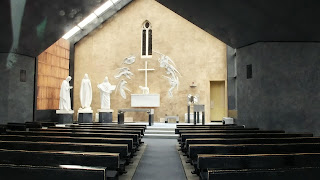 Next time we'll check out the hurling schedules and watch a game in person. We learned about hurling during our visit to the EPIC museum. If you don't know about the game, this may help:

Next time I'll purchase a cell phone when I get there. CH had his turned on to use internationally and it cost us $10/day. I haven't looked into the cost of just buying one once we get there but it seems like it would be much easier to do that. We had a bit of trouble figuring out the phone numbers so that would alleviate that problem. It also would be much easier to pull up the places we're visiting while we're there instead of finding out what we missed after we got home.

Next time, we'll plan out our meals and go shopping as soon as we can. That would have been such a time-saver (and money saver) for us. While we enjoyed eating at the pubs and restaurants, I think we should have only eaten out once a day instead of eating out for lunch and supper. In my opinion, we spent too much time in grocery stores almost every day when we could have been doing other things.

When I wrote the recap post for Flyin' the Coop, CH's advice for anyone thinking about going to Ireland and really visiting Ireland is to just do it. Even if you have to put it on your credit card and pay it off later, just do it. You'll be so glad you did!