1. What lesson has failure taught you?
To never give up.

2. What decision are you glad you made?
To move back to the Small Town.

3. I've been a little bit surprised to see fully lit and decorated Christmas trees popping up for the past several weeks in friend's Instagram feeds. So tell the truth-is your tree up and decorated, and if so when did that happen? If not, when will you be decking the halls?
Absolutely not!  I'll wait until after Thanksgiving.  When the boys were playing football, I wouldn't decorate until after football season, which ended after the state championship the first weekend in December.

4. Solitaire-Poker-Rummy-Hearts-Go Fish-Old Maid...which game of cards would you most like to join?
Go Fish is pretty fun, I have to admit!  A couple of my camping friends have got me playing Rumi-Kub, which really isn't a card game, but it's like Rummy.

5. This question comes to you courtesy of a Facebook friend, who once upon a time had a blog...When you're feeling stressed do you snack a lot or are you more the 'can't eat' type?
Oh, I snack!

6.  Have you ever reviewed a product or service on line? Was your review favorable or less than favorable?
I review materials from Teachers Pay Teachers all the time, and it's paid off!  Some of the Speech Pathologists who make their own therapy material and sell it on "TpT" have a give-away every month:  they pick one person who has given good feedback to win something from their "store".  I was given the opportunity to pick an item from one of my favorite sellers a couple of days ago!

8.  Insert your own random thought here.
We had some excitement at school on Tuesday.  Usually, all of the excitement happens when I'm not there, but I was able to get in on it this time!  We had a fire drill, or at least we thought we did.  I didn't realize that the "drill" happened when the principal was at a meeting.  After the drill, we went back inside, but after about 5 minutes, the alarm went off again.  Apparently the indicator was saying there was smoke on the bottom floor. 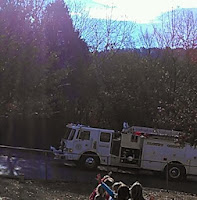 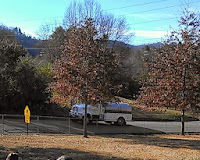 The fire dept. is a volunteer dept, so of course there are no firemen hanging around the station, which is at the bottom of the hill from the school.  It took them about 15 minutes to get to school; we were finally able to go back in after about 45 minutes.
Email ThisBlogThis!Share to TwitterShare to FacebookShare to Pinterest
Labels: school, Wednesday Hodgepodge