The Story of Our House: Bedrooms & Bathrooms Then & Now

Our house has 3 or 4 bedrooms.  Since the room off of the kitchen has a closet, we used it as a bedroom so each of the boys would have their own room.  Since the house was built in the 60's, the rooms' sizes are okay, but the closets are extremely small.  That's the biggest thing I miss about our SC house:  the closets.
As with the living room and hallway, we pulled up the carpet in favor of the hardwood floors.
This bedroom is currently being used as CH's office, but we plan on moving it to bedroom #3 and making putting a bed in it to be used as a guest room: 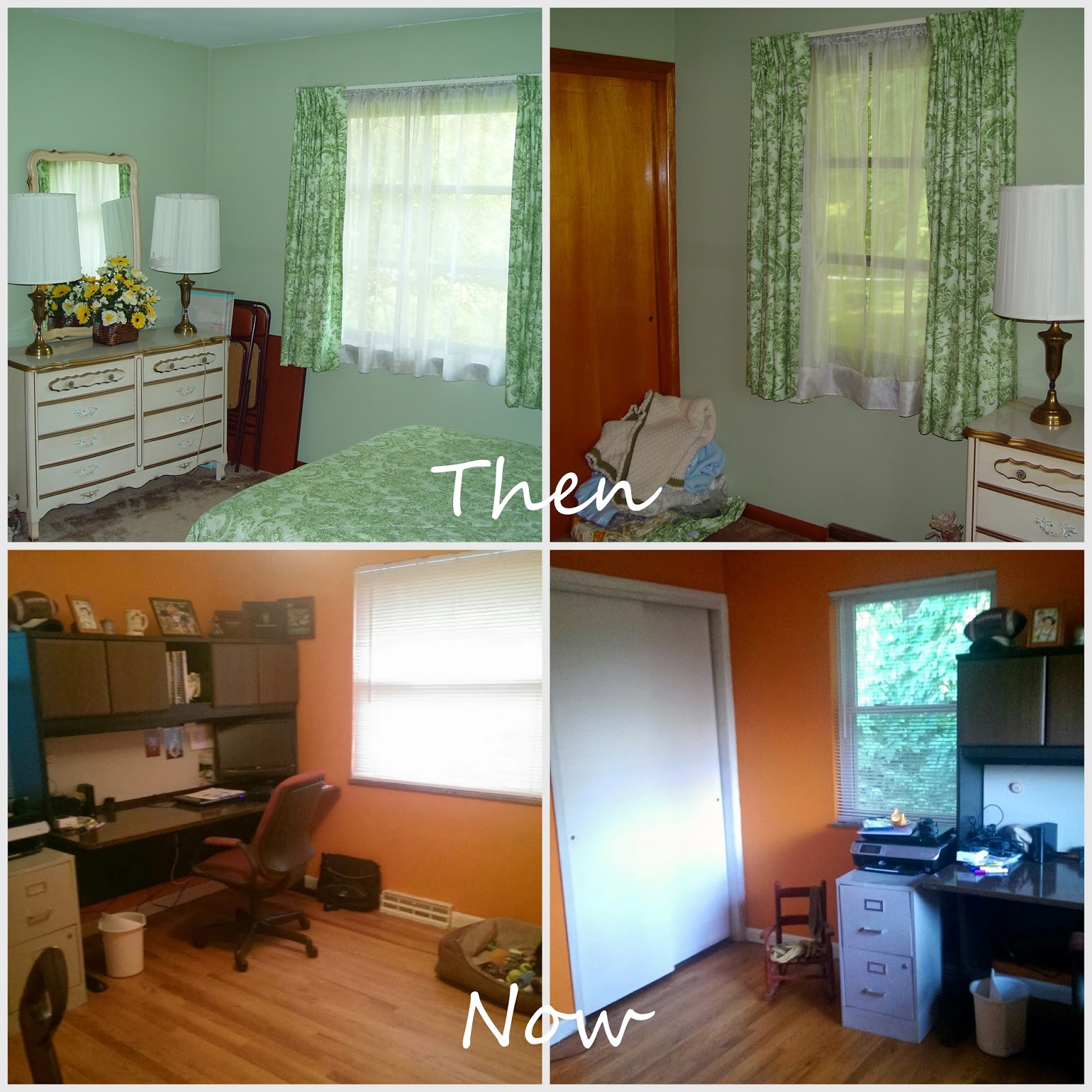 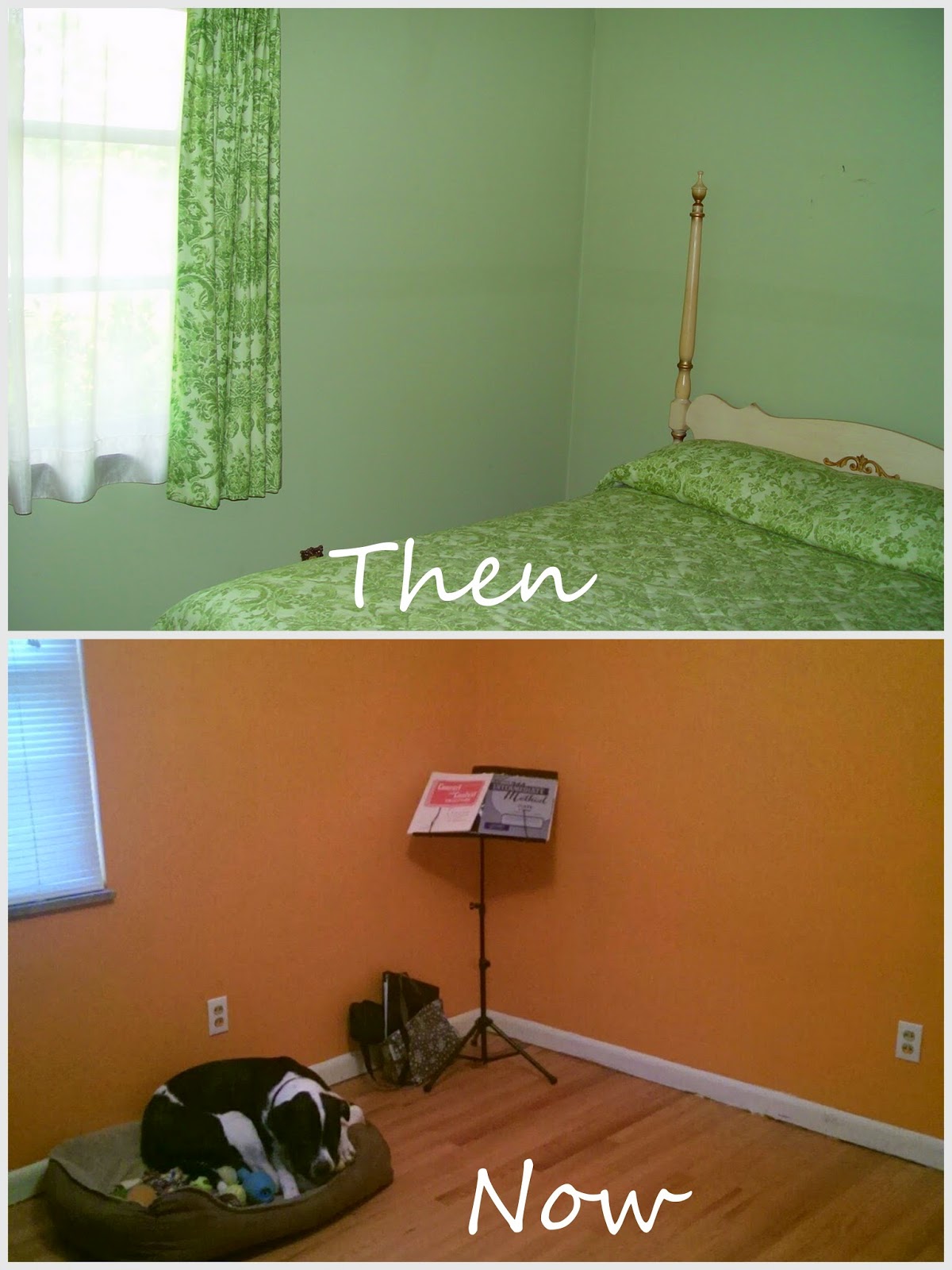 Bedroom 2 can be used as a guest bedroom, or for the boys who aren't living at home now.

I'm not sure what the woman used Bedroom 4 for, but we used it as a bedroom.  This is the room we plan on using for an office. 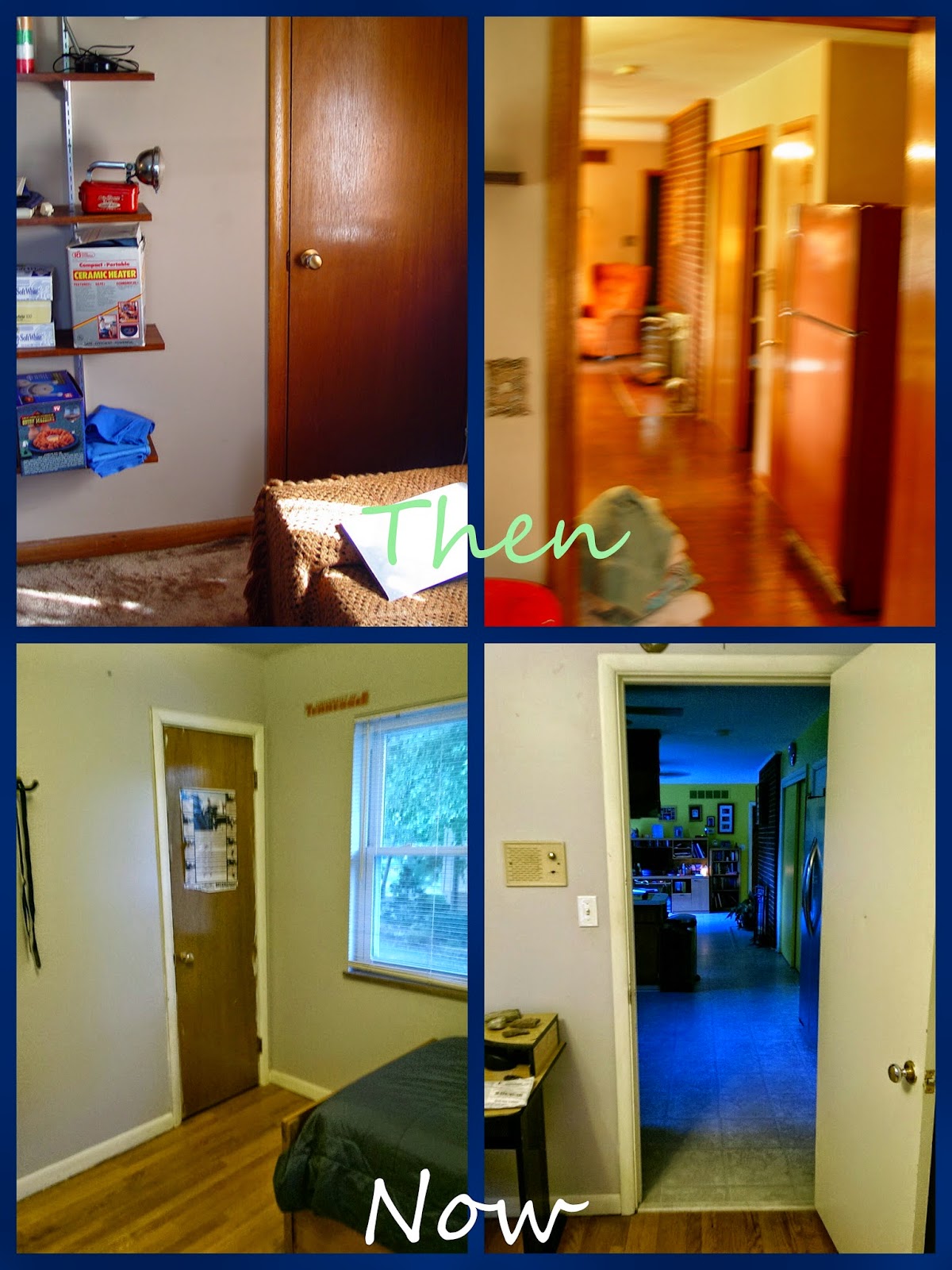 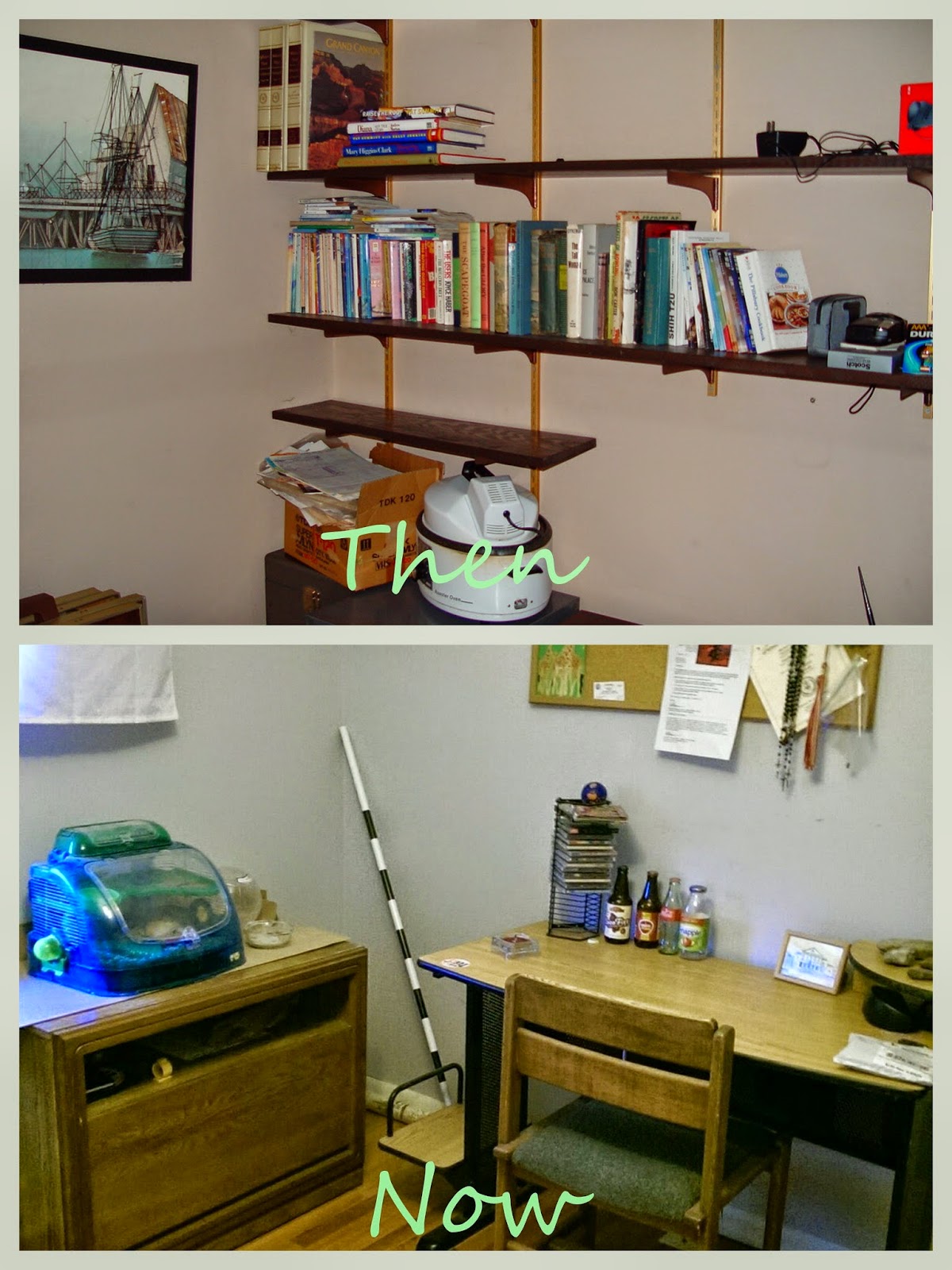 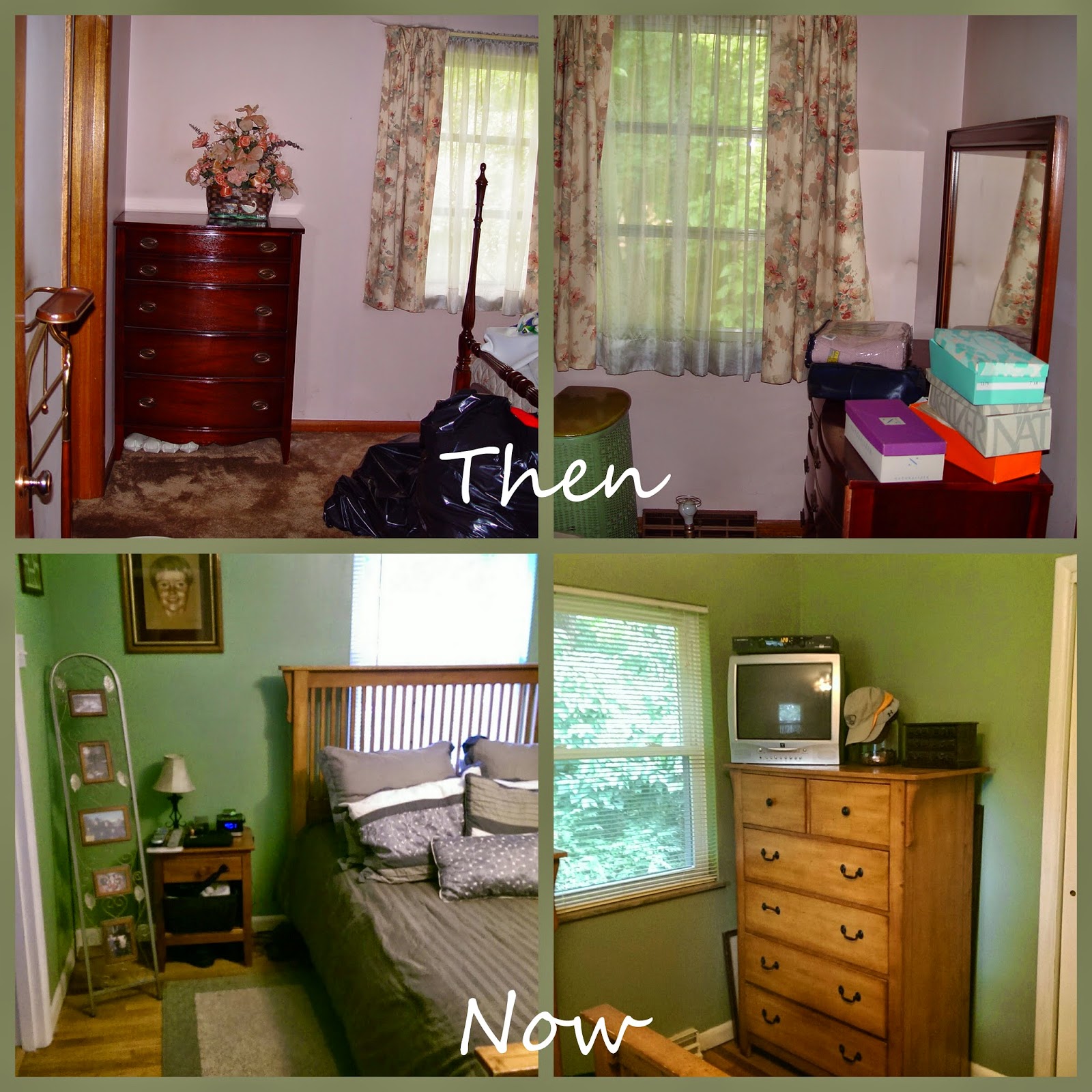 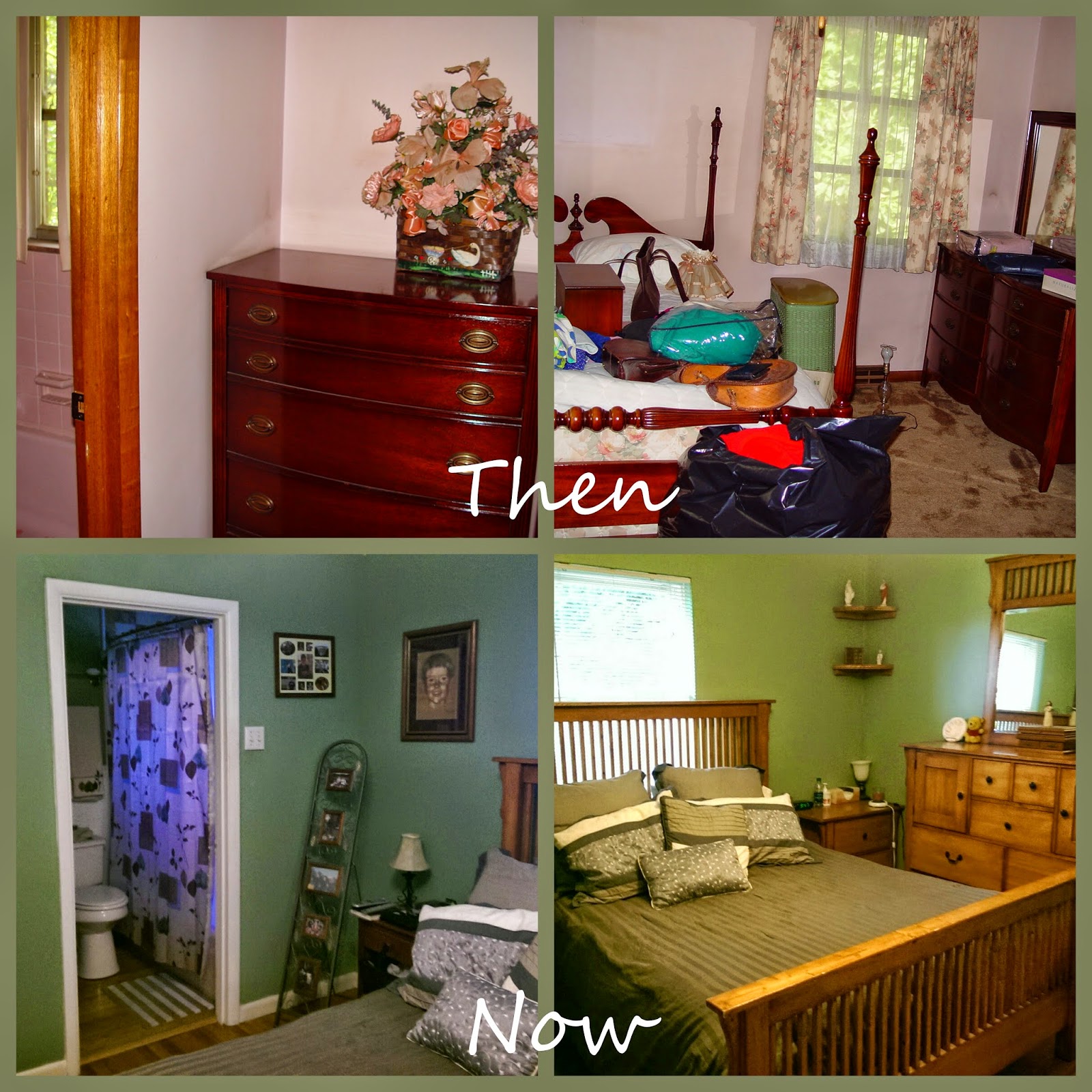 If you look closer in the "Then" pictures, you can see just how much work we had to do on the walls.  The ceiling was in the same shape.
As recent as last summer, CH had the master bath renovated.  When we moved in, we had new toilets put in because the old ones didn't work, and, I believe, weren't sealed correctly.  (YUCK)  We decided to keep the tubs because it would've been too hard to get them out.  Besides, they're in decent shape, and you just can't find tubs like these any more.  We wanted to get them redone in white, but the guy who was recommended to us never called CH back after multiple messages were left. With the shower curtains closed, you really can't tell, anyway.
THEN: 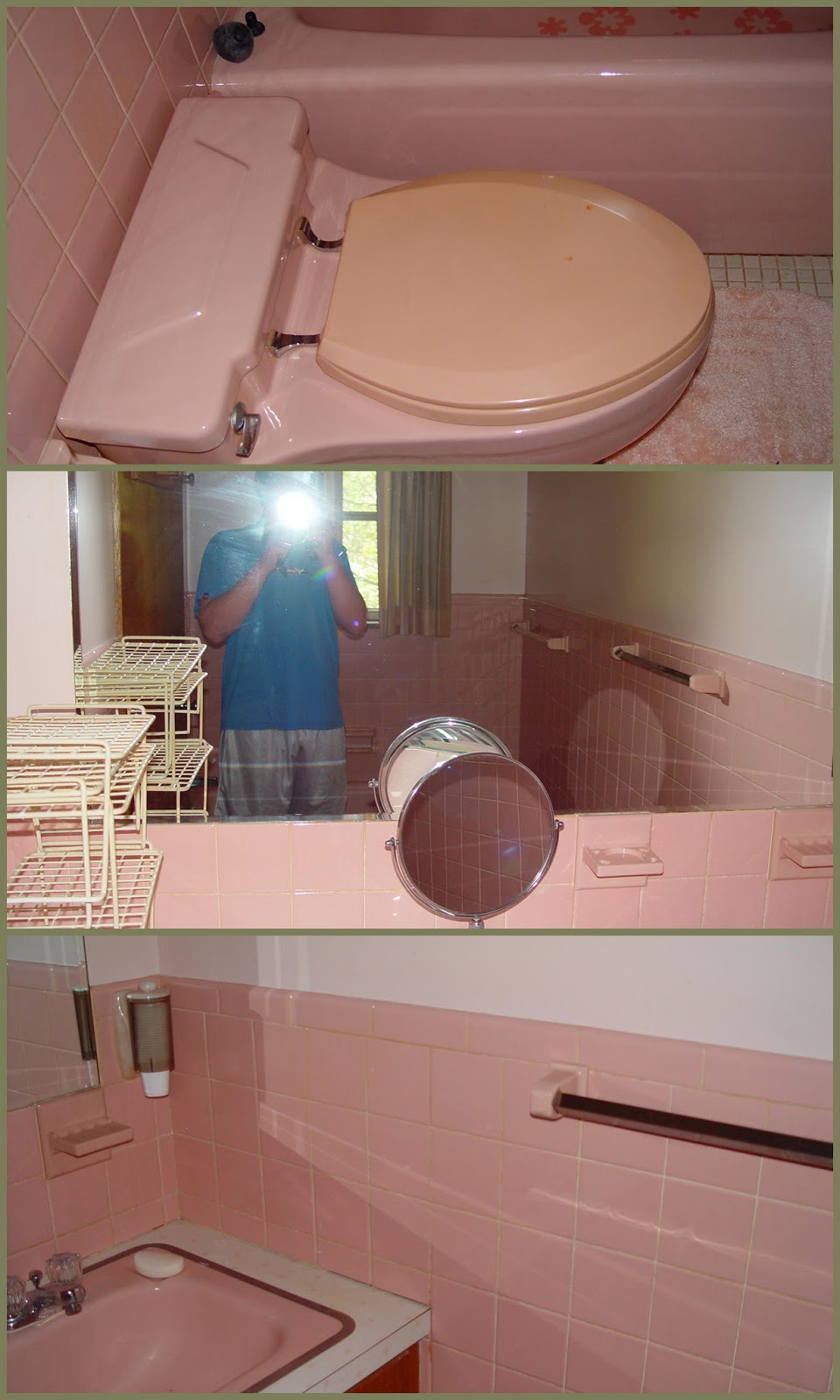 The hall bathroom was redone a few years ago.
THEN: 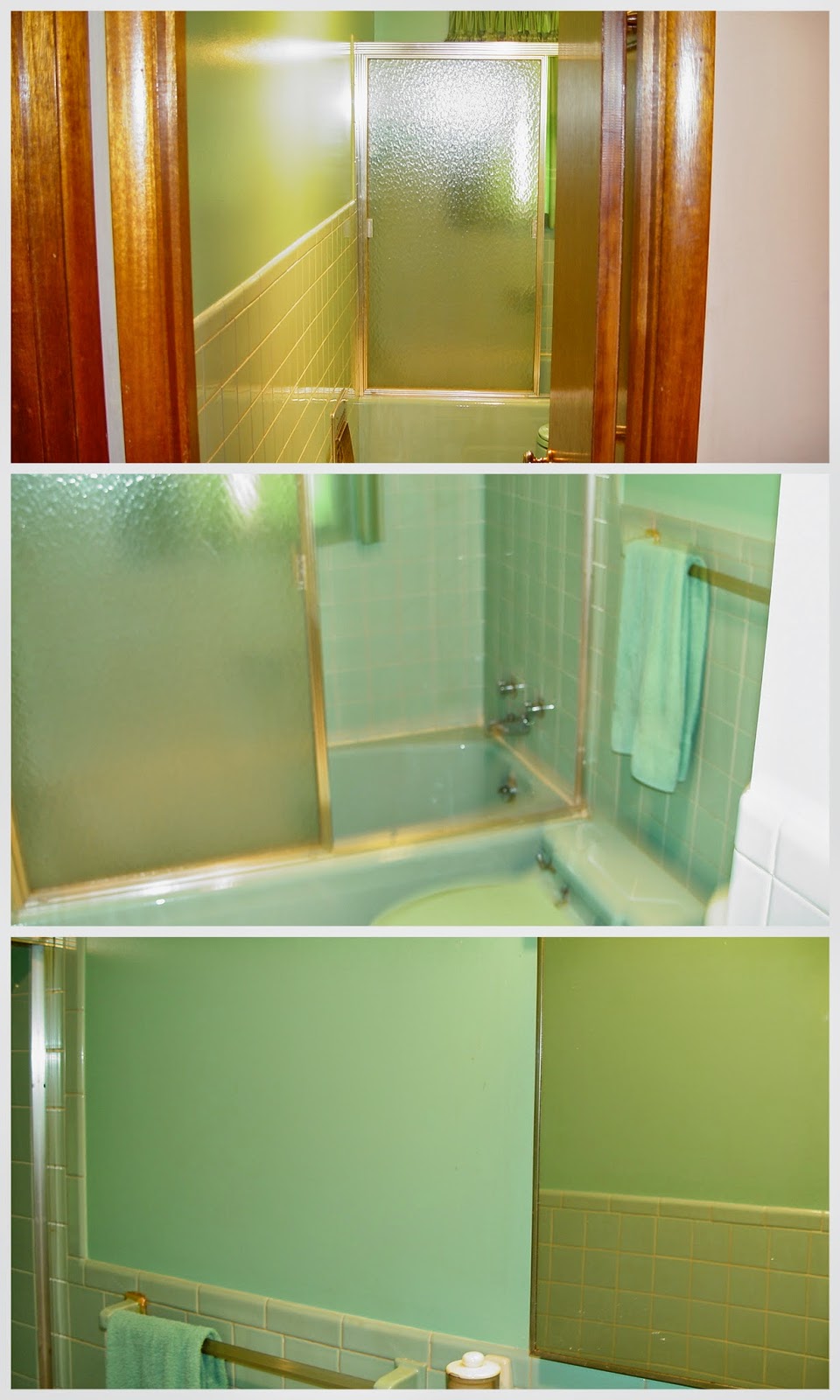 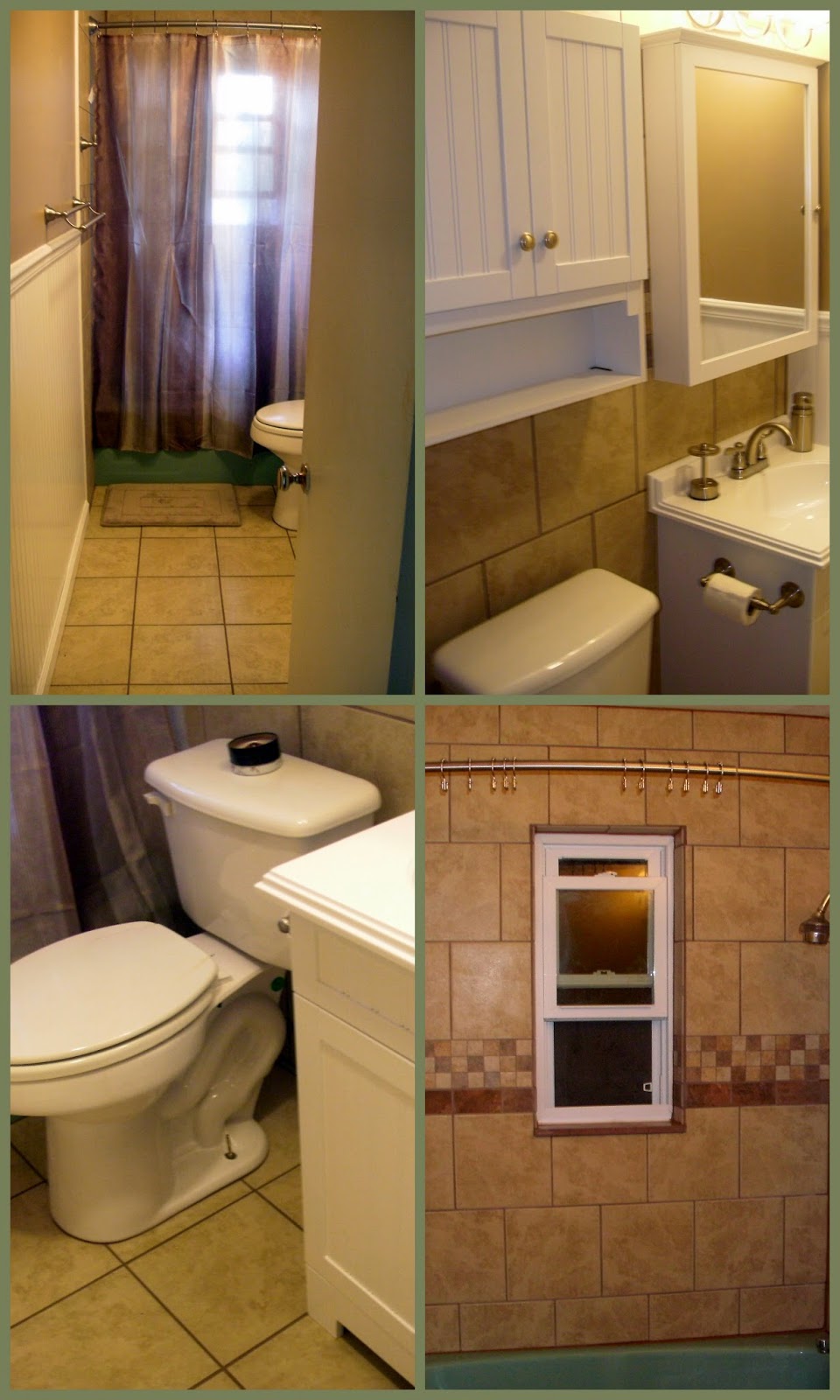 There are windows in the bathtub/shower areas.  I bought a shower curtain and cut it to size, then hung those up.  Not the prettiest, but it works!
I've enjoyed comparing our house when we bought it to now.  Sometimes you need to go back and see what a change it's gone through.  If you have any suggestions for future improvements, please don't hesitate to speak up!  Especially with that divider in the living room!