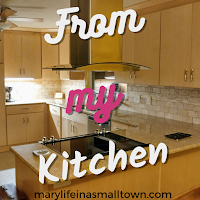 I get tired of making the same thing for supper week after week. I was actually diagnosed with Diabetes a few years ago but was in denial until last June when my A1C was high and my then-doctor prescribed another medication. I took 2 doses and after my sugar bottomed out, I stopped taking it and promptly changed doctors. As a result, I've dropped 40 pounds but more importantly, my A1C dropped 1.6 and is now considered within normal limits (with continued medication). Finding good healthy recipes that we actually like is a bit of a challenge.
I tried a couple of new recipes this month. I found both of them through Six Sisters Stuff; they rarely steer me wrong.
CH really likes Taco Pizza but the only place we have found that has a good one is Pizza Inn. When we were on our way to Canada, the place we stopped for the night had a Pizza Inn close by so we had that for supper. It wasn't exactly the way we remembered it, but it was good. When I saw this recipe for Easy Flatbread Mexican Pizza, I had to try it. 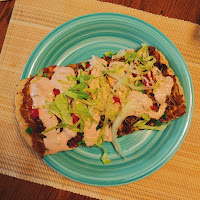 Overall, CH & YS liked it. I used Mama Mary's flatbread crust, and I wasn't crazy about the taste. It was quick and easy. I'll definitely keep this one. Keeping my exchanges in mind, I only ate half of one. Since the flatbread is thin and was the only carb, I just watched how much I ate. Half was more than enough!
What I'll change:
The other new recipe was Sheet Pan Chicken Sausage and Vegetables. Another super easy recipe that was declared a success by CH & YS. 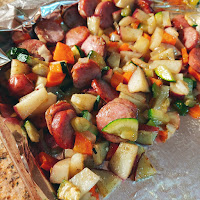 I used Aidell's Chicken Apple Sausage and we were pleased with the taste. I only used half of the carrots the recipe called for because they aren't my favorite. But...they still had a little bit of crunch to them after being baked so they were okay.

What I'll do differently next time:
What recipes have you tried this month that are "keepers"?
Email ThisBlogThis!Share to TwitterShare to FacebookShare to Pinterest
Labels: food, from my kitchen, recipes