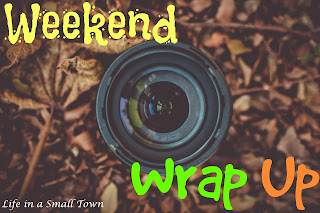 I hadn't been camping since July. JULY! We decided to go back to a State Park that we hadn't been to in a couple of years. The last time, renovations were just about to start. One of the things we like about this campground is the trails that are all around. This kind of puts things in perspective, doesn't it? 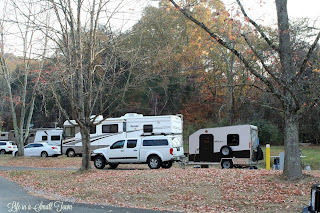 We walked, relaxed, and got away from some craziness. It was a little chilly, so I built my first fire: 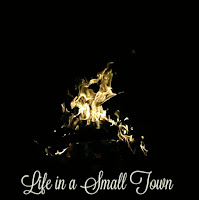 At one point when I was sitting around the fire, I looked down & saw my boot smoking. I like my fires blazing! Check out this picture: 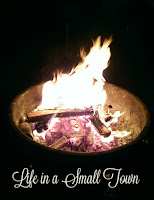 Doesn't it look like there's a face in the coals? (You may have to click on the picture to enlarge to see it.)
While we were sitting around the fire, I kept hearing leaves crunching. It was a raccoon...at first. Then, we saw a skunk. I'm okay with raccoons...you can make a lot of noise and they'll go away, but a skunk!  I may have hid behind CH & told him I wasn't okay with a skunk! Luckily, Laika was already in the trailer since it was dark. That could have been all kinds of bad! The skunk didn't hang around, so we were able to go on about our evening.
The moon was big and beautiful. It was a perfect night for moon-watching. Surprisingly, the leaves are still very pretty. Since it's been so dry, I thought they would already be off of the trees. Some pictures from one of our walks: 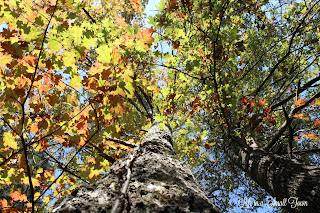 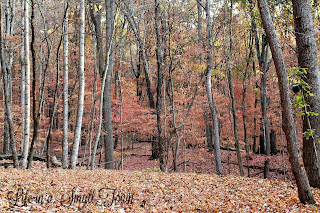 These leaves were incredibly yellow: 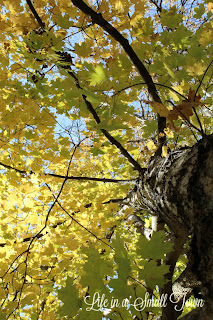 I thought these trees were interesting how one of them wraps around the other: 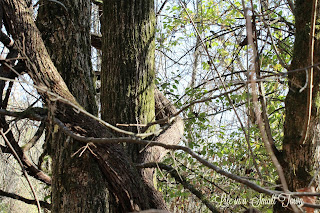 It was a little cold when we got up on Sunday: 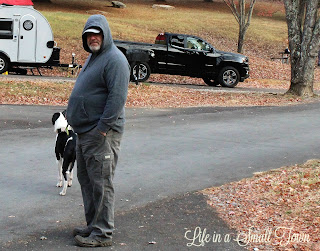 On the way home, a deer ran out in front of the truck that was in front of us. It appeared to just clip it; the deer jumped a couple of times and then laid in the median. It just made me sick to my stomach. The truck pulled over, and when we passed it I took a quick look back but didn't see any damage. CH said it's possible that the deer was just stunned and may have gotten up, but I think he was saying that to make me feel better!
We spent the rest of the day relaxing (after showers) and went to our favorite Mexican place for dinner.
1 full week of school, then a 2-day week...I can't believe it's almost Thanksgiving! Don't you just love this time of year?