After the day at Knock, we had one last night in Galway before getting back on the road. I seriously needed another couple of days in Galway, even though Joanna said it wouldn't take long to see the sights.

The next morning, we were on our way to Killarney. We had a scheduled stop at the Cliffs of Moher, but our driver made a stop as we were going through The Burren so we could take in the sight at a photo op: 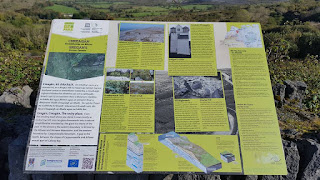 Next stop: Cliffs of Moher. M kept telling me, "Wait until we get to the Cliffs of Moher; you aren't going to believe it." It was amazing.
The first thing we did was walk to O'Brien's Tower. 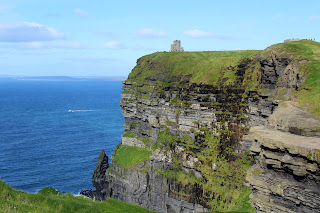 The views were just spectacular. It seems that every step I took, the view was just more beautiful. 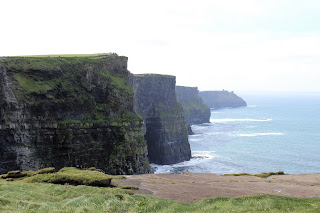 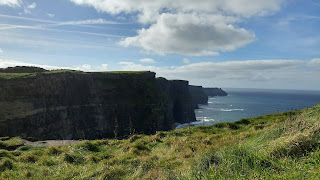 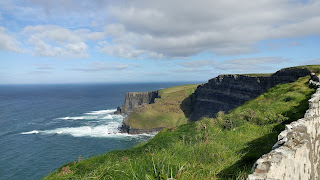 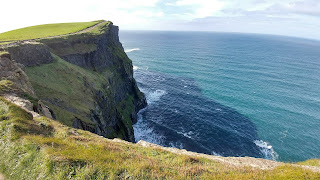 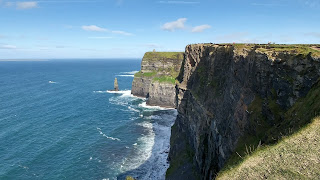 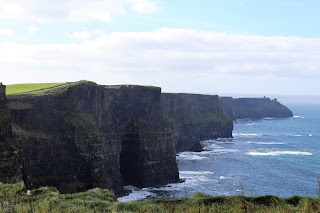 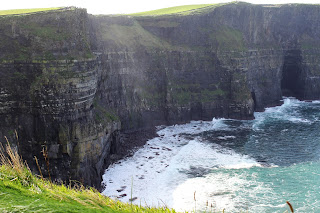 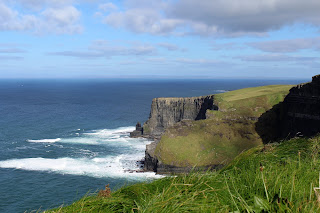 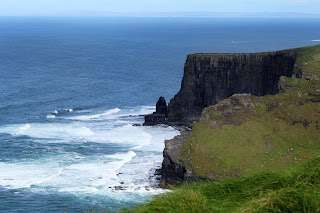 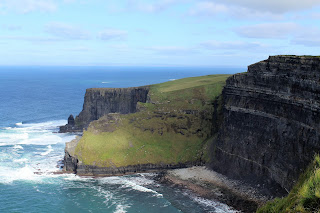 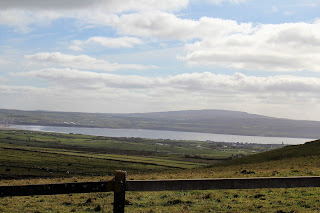 I'm not a big fan of heights, but you can't go the Cliffs of Moher & not walk along them. I never felt like I was being pulled to the edge, or that I was even very close to the edge. Luckily, the day we were there wasn't exceptionally windy. 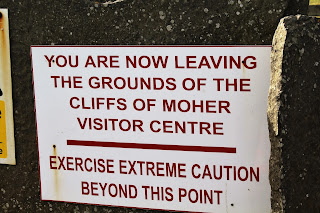 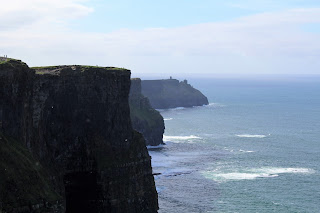 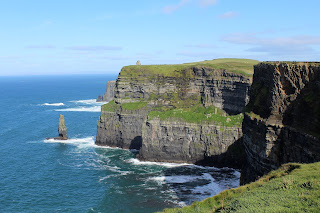 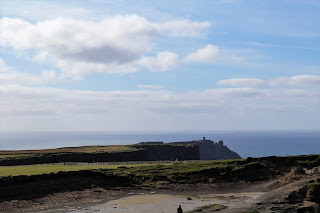 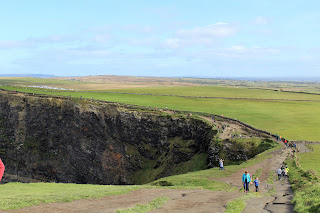 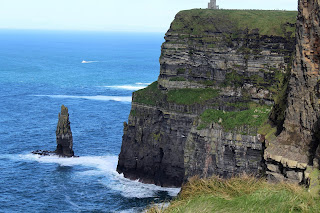 As you can see, there are no rails to keep people from getting too close to the edge. We met 2 ladies in Galway the evening before we left; they went to the Cliffs that day...the day we were in Knock...the day it was raining sideways. One of the ladies said she stayed at the Visitors' Centre because it was so windy.
I didn't go all the way to the point at the end; M was waiting for me at the Visitor's Centre & I had no concept of the time.

It was a day full of beautiful views. We met back at the van and continued on our way. We had the choice to get there quickly or take our time. At that point, we were all tired & just wanted to get to Killarney. We crossed the River Shannon by ferry:
Next up: Killarney and the Dingle Peninsula.