Is My Blog Title a Farce? 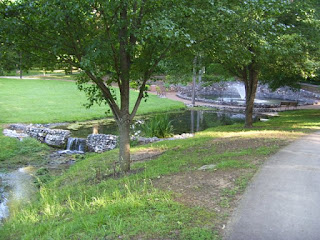 Sometimes I feel like my blog title is a farce. Oh, I definitely live in a small town (population around 9000...which is an increase of 1000 over the past few years and a growth of 2000 since I was in high school) but I know there are a lot of people out there living in a true small town. Plus, this small town seems bigger than it is. We have quite a bit of shopping and eating establishments so it's not like we have to drive to go shopping or out to eat.


Progressing into the Future

Big things are happening in the Small Town. Our claim to fame used to be 3 aluminum plants owned by The Aluminum Company of America (a.k.a. "ALCOA"). Those 3 plants have dwindled down to 2, and 1 of those isn't in full production; it hosts a recycling plant. ALCOA has also now split into 2 different companies, so now it is called "Arconic". (That is how I understand it anyway.) The location of the "West Plant" stands empty. The buildings were all torn down but environmental issues questioned how usable the land is. That now appears to be taken care of so plans can be made for that area of the Small Town. For a few years, the citizens have been speculating as to what is going to be built. At first, we were told by the commission that it was going to be a sort of downtown area. Then we were told a Sam's Club was coming in. (Yep, that got my dander up a bit!) Now we're back to a downtown area, complete with multi-family housing, single-family housing, housing for the elderly, shopping, hotels, offices, trails & greenspace, and community garden/farmers market. Looking at the concept, I'll say this: If they can pull it off so that it looks like the pictures (and it's successful), it will be really nice. The land is being cleared and the roads are being paved. It's really strange to see all of those trees gone. There is some speculation that the land being cleared is responsible for a lot of downed trees this time last year during a storm...the trees acted as a buffer; since those trees were gone a lot of houses were damaged. Of course, that's just speculation on a lot of people's part. 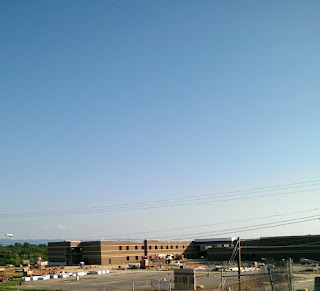 The Small Town is just going to get bigger. Someone told me the other day that the school system is already phasing out tuition students. Since it is a city school, some students who don't live in the Small Town can attend if they pay tuition to attend school here. The sad thing is that Small Town High isn't going to be small much longer, which was a huge draw to the town. A bigger high school was built a few years ago in anticipation of growth.


Time for a Change?

So I feel like I'm in a dilemma. I feel like my blog title is a farce. I'm thinking "Life in a Former Small Town". Any other ideas? I would keep the URL the same, just change the title.
If you've changed the name of your blog, weigh in with your opinion!
Email ThisBlogThis!Share to TwitterShare to FacebookShare to Pinterest
Labels: blogging