Friday started out with a 2 hour delay at school.  It turned out to be a really good call; I only encountered ice on the bridges.  I wonder why they don't use that delay more often? 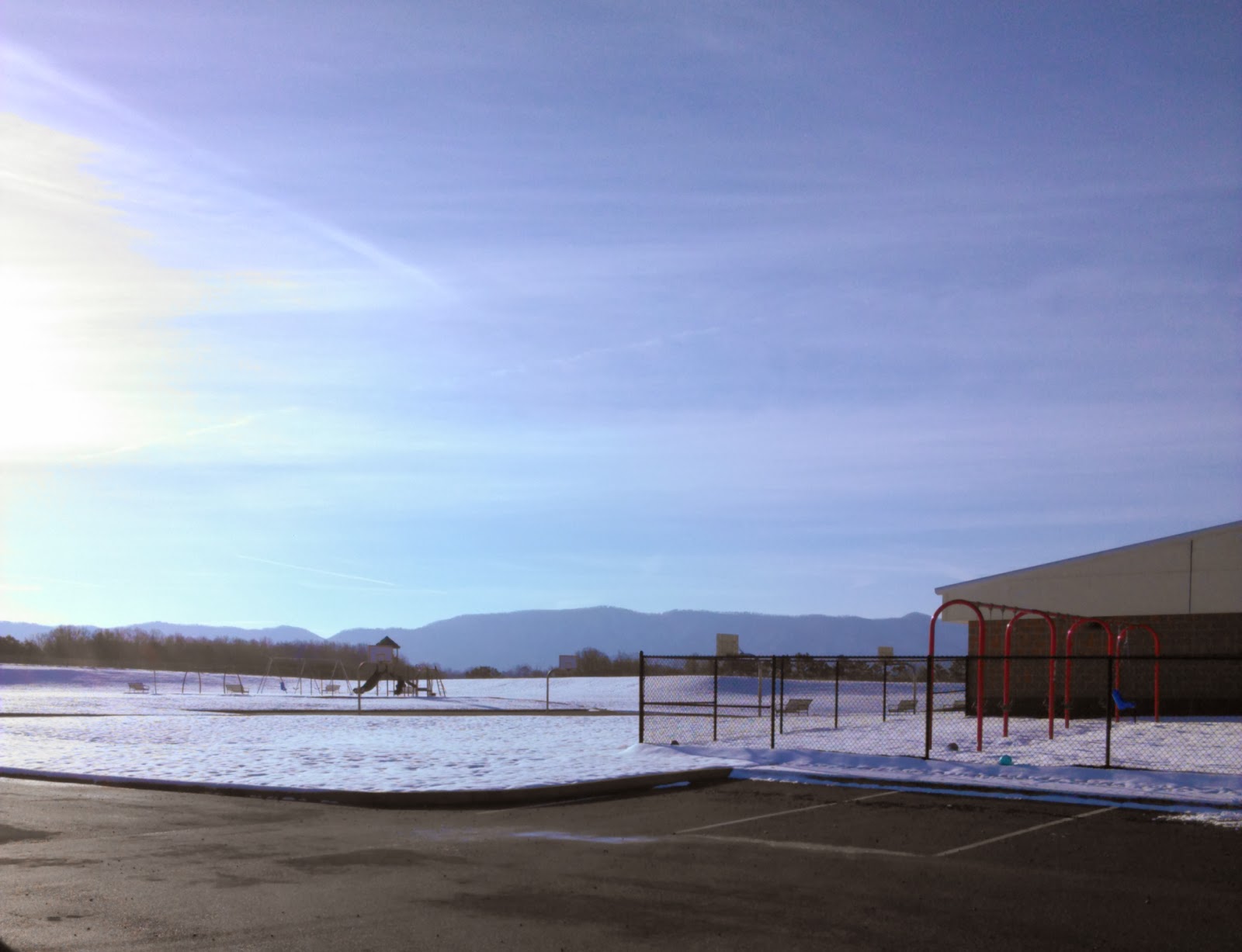 Friday night, CH & I went to Subway.  It was really all we wanted, and we had the place to ourselves for most of the time we were in there.  After that, we watched "Last Vegas".  I just love Morgan Freeman!  If you haven't seen that movie, I'd recommend it.  It had us laughing almost all of the way through it.
Saturday was...well, Saturday.  I watched the Olympics and did a little laundry.  Very much a "down" day!  Saturday night ended with this little surprise: 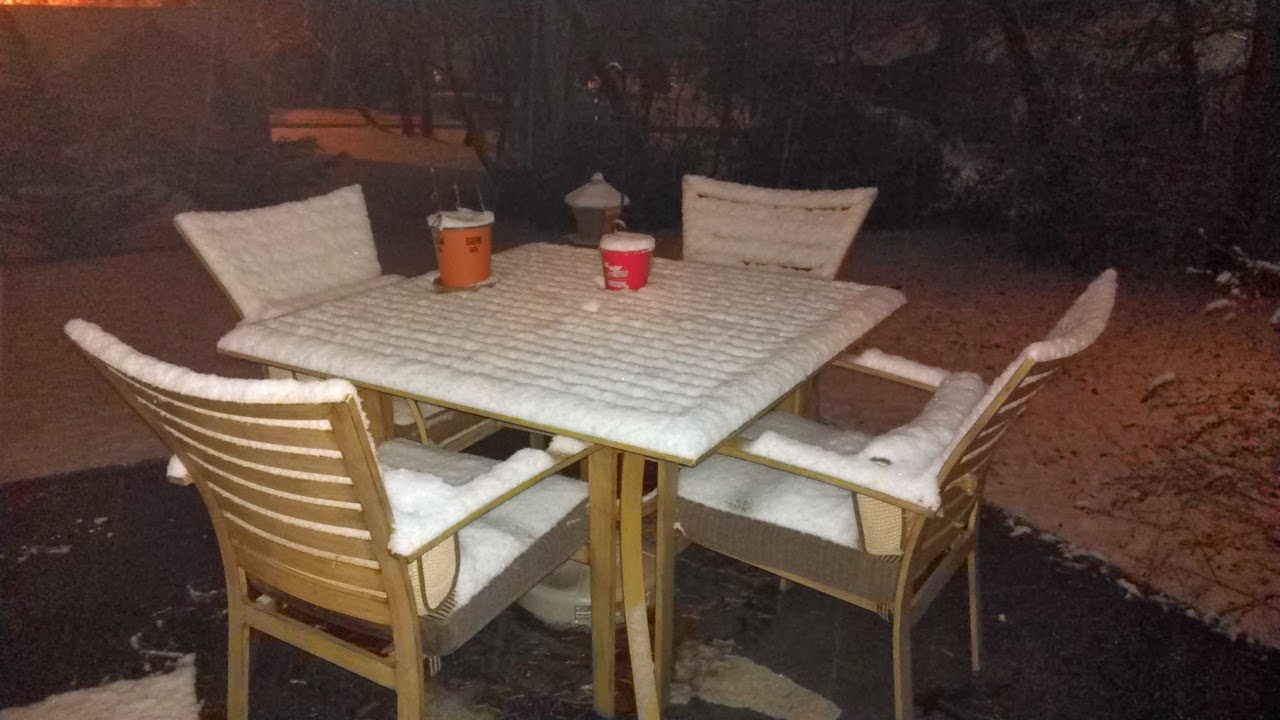 That's just about all we got, but it was a fast accumulation, and it was all gone mid-morning on Sunday.  It was nice enough to take Laika & Pepper to the dog park:

There were a lot of dogs out that day.  I took Pepper into the small dog section for a little bit...until Laika started missing her and attempted to get in that section with her.  She almost had success when I opened the gate to let Pepper out.  She slipped in, but I was able to grab her collar and get her back out.  There's no doubt she would've had fun with the little dogs, but I don't think their owners would have appreciated it!
On Monday, CH & I took both of them to the park right next to us.  We take them over to a field and let them off their leash.  Pepper listens well enough to come when we call her; Laika has a training collar, so if she doesn't come, she gets a little flick.  She does really well, though; we CH hardly has to use it.  She listens real well to him.
While we were walking, we saw the remnants of the big snow: 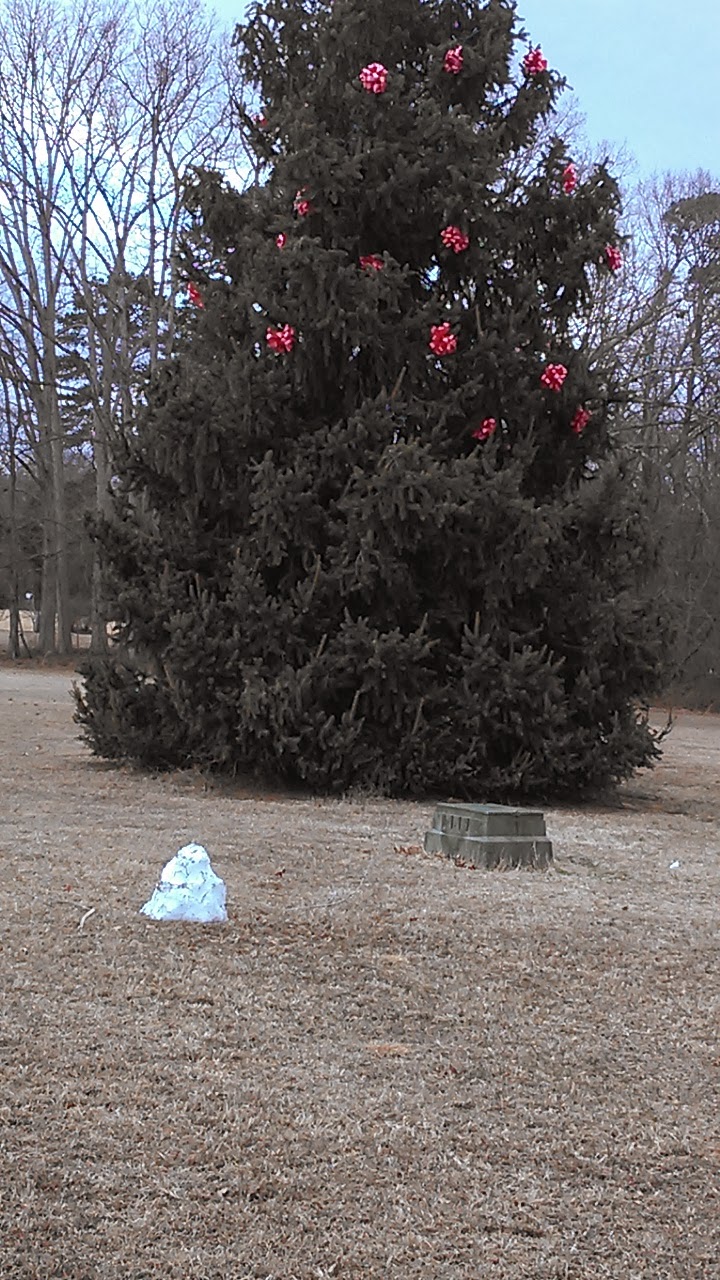 Apparently the Small Town is too lazy to go back with a ladder to take the bows  & lights off of the top part of our Christmas Tree.  Maybe they're just going to leave them up until next year.  Who knows?
And now, one of my favorite spots in the park.  The "King and Queen's Chair" is in back of the fountain.  Good childhood memories! 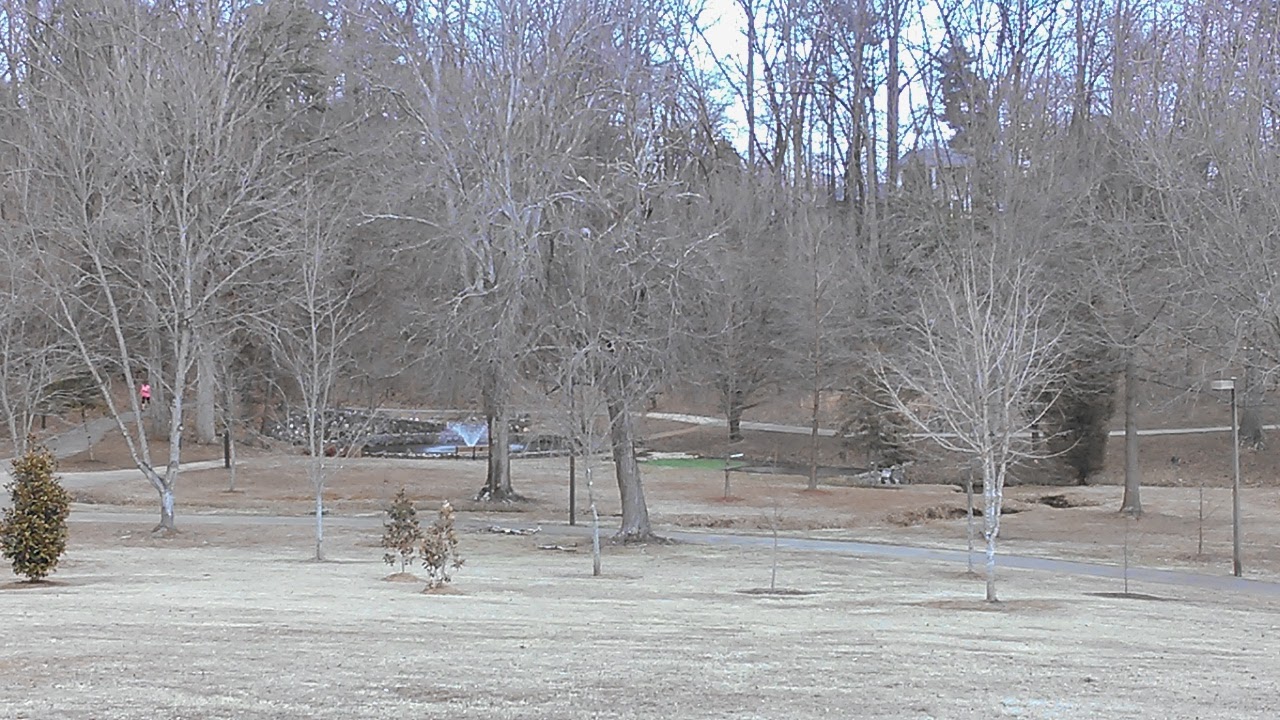