Another Labor Day has come & gone. I don't know about you, but I'm ready for Fall! Even though we've had a relatively mild summer, there's just something about Fall: clean, crisp air, the cool evenings (and mornings), the humidity going down, and football.  Yep, it's just about the perfect season!
As I write this, OS is about to begin the last leg of his move back to NC from Utah. He called yesterday, broken down on the interstate in Ky. Turns out he may have gotten some bad gas; after a couple of hours he was back on the road, headed toward a buddy's house in Nashville. After 3 full days on the road, I know he'll be glad to get to his new home. This last leg will be a short one for him: only a little more than 4 hours.
Thursday night, I had my first flute choir meeting of the year. We didn't play any; it took all 2 hours to figure out dates for performances for the year. We have one member who drives over 2 hours for practices (her mother lives in the area), and we have another member who evidently has no one to talk to during the day, so we end up wasting quite a bit of time listening to her talk.  The member who drives so far very gently suggested that we keep the conversation to a minimum during practice, so we can optimize our playing time. I thought she did a wonderful job with the suggestion. It really gets me perturbed during practice when we waste so much time and then feel unprepared for performances. We'll see how it goes!
Friday night was "rival night", and the Small Town got a beat-down.  They lost horribly to the Rival High School.  Very disappointing!

I spent part of the weekend making materials for school. Last year, I spent Labor Day writing IEPs & Invitations to IEP Meetings. I was so overwhelmed last year with my caseload; this year is so much better and less stressful. I went to Mass with my Daddy on Saturday night.  When I left, I told YS' girlfriend that they could put together a pasta/spinach/chicken salad, or they could wait and I would make it when I got home. I came home to this:

I got the recipe from Laura at I'm not a Trophy Wife; I highly recommend it.  YS' girlfriend said she usually doesn't like salad like that, but she wanted the recipe.
On Sunday, CH & I took a drive up to the mountains; specifically, Cades Cove. It doesn't matter how much I've gone up there, I still marvel at how beautiful it is. It rained Saturday night, so the air smelled clean. Love to smell the mountain air, especially after a rain! 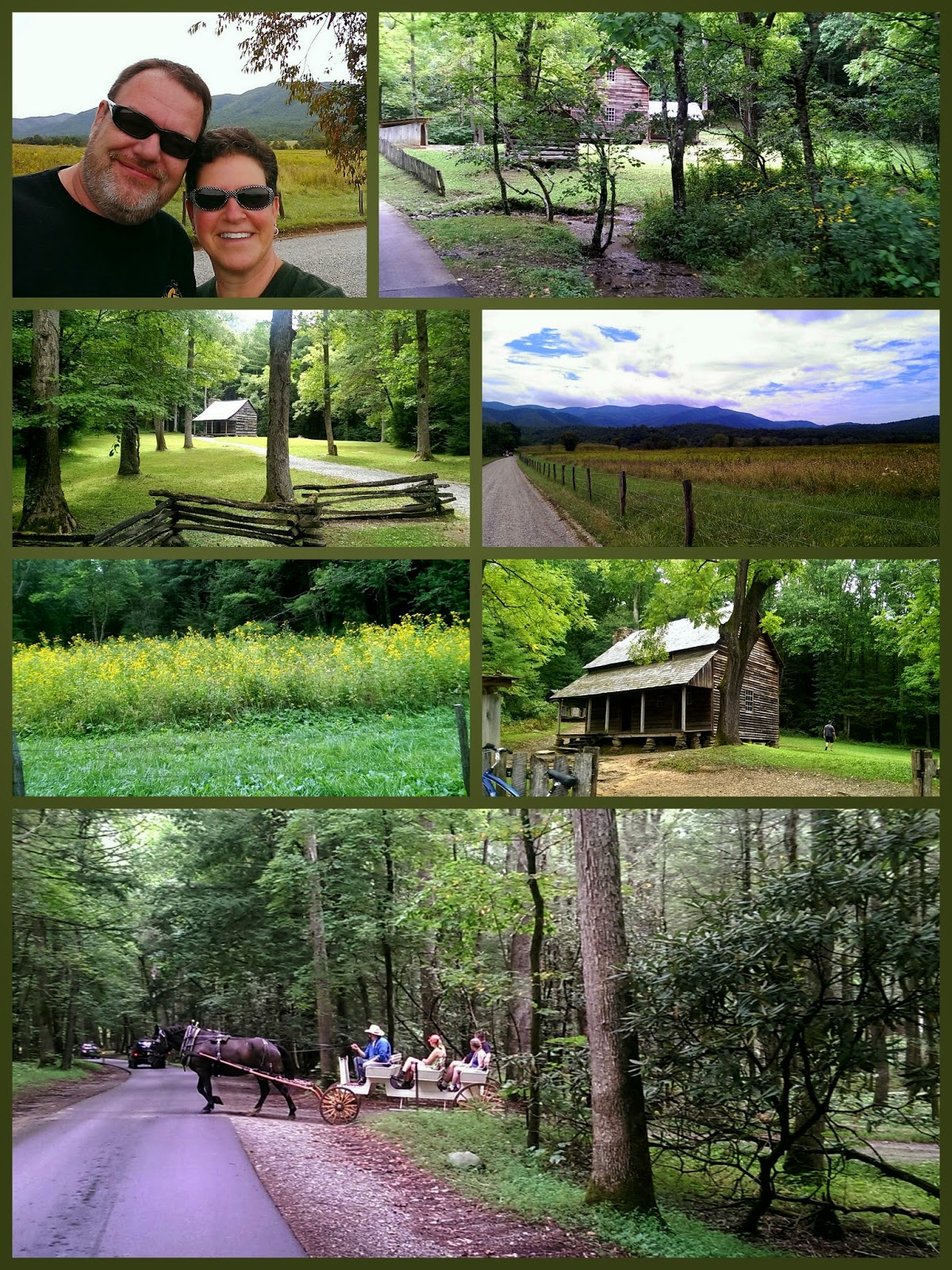 Yesterday, I went to Daily Mass with my Daddy, and then ran by the  Dollar Tree (a school employees' heaven!) to get some ideas for something in my rooms. Hopefully it will work the way I want it!
Hope you had an awesome weekend!
Email ThisBlogThis!Share to TwitterShare to FacebookShare to Pinterest
Labels: CH, mountains, OS, school, YS