Joyce is back from a week off, so it's back to the Hodgepodge!

1. We celebrate Veteran's Day in the US of A on November 11th. When did you last interact with a member of the armed forces (either currently serving or retired)? Have you ever written a letter to a soldier, bought a meal or coffee for a solider, said an unprompted thank you to a soldier you encountered out and about somewhere? If you're not in the US, comment on a similar holiday in your own country.
I interact with a veteran every day. CH went to West Point for a year, then was in the National Guard until YS was born. His dad is retired Army, and his brother still serves full time in the Army National Guard. I also have a couple of brothers who are retired from the Air Force & Navy National Guards. AND, I have a nephew serving in the Army and one in the Air Force right now. The Air Force nephew's wife is also serving in the Air Force. I can't forget my Daddy...he served in the Navy at the end of WWII; he was in the Asian Theater. 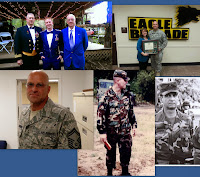 2. You can have fifty pounds of anything at all (except money)...what would you choose?
Hmmmmm...CH says plutonium because it's worth a lot of money! Or platinum...because plutonium is hard to handle. (I had no idea what to answer, so I asked him.)

3. When did you last receive an invitation in the 'real' mail? What was it for and did you attend? When it comes to RSVP-ing, are you an 'early responder' or a 'last minute, barely-under-the-wire' kind of guest?
The last invitation I received was an to my nephew's wedding. I responded pretty quickly after receiving it. It was a beautiful wedding...outdoors on a river island. They did all of the decorations themselves, and it was just gorgeous. 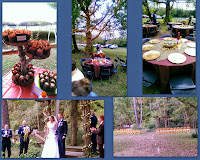 5. Cheers, Friends, MASH, Seinfeld...of the ones listed, your favorite long-running sitcom?
It would really depend on my mood, but if I had to pick one, I would pick M*A*S*H.

6. What decision are you glad you made?
Besides the decision to marry CH, to move back to the Small Town 10 years ago. I'm so glad that I had those 10 years with Mama.

7. In this month of 'Thanksgiving' what is one thing that's different today than it was a year ago that you're grateful for?
I'm extremely grateful that I'm not at one of the schools I worked at last year. That one school was a full time job, and I had not only that one, but my mountain school as well. I seriously think I would have had a break-down if I had that school along with dealing with Mama's passing. (Okay, that may be a little melodramatic, but you get the drift!)

8.  Insert your own random thought here.
My mountain school is having monthly "Family Fun Nights" in an attempt for the school to be the center of the community. The teacher who is putting them together is doing an incredibly awesome job. Last night, we had a Brigadier General, and a colonial fife & drum corps. They were quite entertaining!
And...check out this picture of OS: 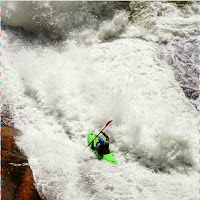 I showed the picture to a friend, and she asked if it made me nervous. I don't know he's doing it, so, no, I'm not nervous about it!
Here's a bit of trivia for you:
Remember back in the 80's when M&Ms got rid of the red ones because of the red dye scare? A young man from Knoxville started a campaign to bring it back. You can see the clip from the news here. It's a pretty neat story; it's just too bad he doesn't get royalty charges every time the red M&M is featured in a commercial!
Email ThisBlogThis!Share to TwitterShare to FacebookShare to Pinterest
Labels: air force, armed forces, OS, Wednesday Hodgepodge