How do you like that post title? I just don't have any creativity in my right now!
Thankfully Joyce has enough for most of us.

1. Share one thing that really makes your day.Just a kind word will do it.

2. Lots of these kinds of lists out there, but one found here says the fifteen most colorful places on earth are:
Vernazza, Cinque Terre, Italy~Burano, Italy~Havana, Cuba~Rio de Janiero, Brazil~Chefchaouen, Morocco~Balat, Istanbul, Turkey~Menton, France~Jodhpur, India~La Baca, Buenos Aires, Argentina~Guanajuato, Mexico~Capetown, South Africa~Valparaiso, Chile~Wroclaw, Poland~San Francisco, California~and Pelourhino, Salvador, Brazil.
Of those listed which would you most like to see up close and in person? Of all the places you've seen or traveled in your own life, what would you say was one of the most colorful?
I think it would be really interesting to go to Cuba, but I don't think it's the one I'd like to see the most. I would say somewhere in Italy. I really have no desire to go to S. America.  Or S. Africa or the Middle East.
I haven't traveled a whole lot, but I would say the most colorful place I've been is Charleston. 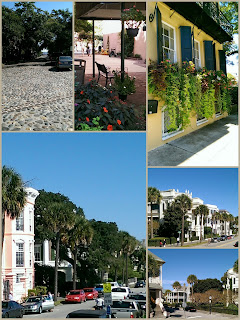 Although, Nyhavn (Copenhagen) is pretty colorful as well: 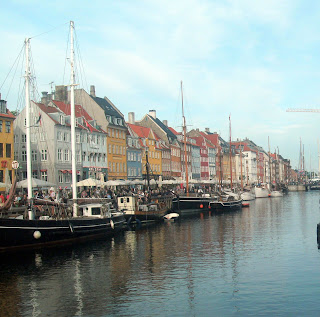 3."Everything you want is on the other side of fear." Jack Canfield  In general, would you agree or disagree with that statement? Why?I don't think that "everything I want" is there, but I see what he's saying. To face your fears and do something is definitely an accomplishment.

4. Imagine you're stranded on a desert island and dessert appears...what do you hope it is? Do you ever struggle to remember which spelling is desert and which is dessert?Chocolate. I do have to think about the spelling for a second, but then I'm okay.

5. What song almost always makes you cry?It would be easier to say what song doesn't make me cry! A beautiful song is all it takes. One with meaningful words, for sure. The past couple of days, this song has made me cry:
If you don't know the story, Rory & Joey are a singing couple. Joey was diagnosed with cervical cancer about a year (I think) after this video was made. Joey stopped treatments in October. Rory wrote on the blog on the 9th that Joey is ready to go home.

6. January is National Soup Month.  Everything from soup to nuts, in the soup,thick as pea soup, souped up...which saying most recently applies to your life in some way? Explain.None of them.

7. Write a two word note to your younger self. What does it say?Be Brave.

8. Insert your own random thought here.
A young lady who is very near to my heart just started a blog: Young, Broke and Travel Hungry. If you have a minute, please stop by and give her some encouragement! Follow her on Bloglovin' to keep up with new places she's visited.
Email ThisBlogThis!Share to TwitterShare to FacebookShare to Pinterest
Labels: blogging, music, Wednesday Hodgepodge