Here's a quick recap of my week via pictures. Deb is back this week, so I'm linking up with her at Breathing in Grace.
Last weekend was the Diocesan Council of Catholic Women (CCW) Convention. It was held at my parish, which was nice because I came home both nights to sleep in my own bed! We had a wonderful speaker from Picture Christians  Project. The purpose of this is to bring international Christian persecution to the forefront. Jeff Gardner is the founder; if you ever have the chance to hear him speak, do it! He has had some very interesting experiences. 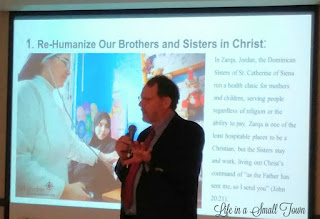 Jeff Gardner from Picture Christians Project
Friday afternoon was a "Presidents' Reception"; we had an honored guest: 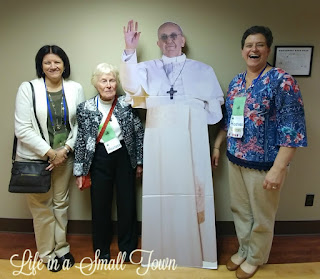 I've held the office of secretary for the parish CCW for the past 2 years; the current officers' reign will be over in 1 month. It's been a blast working with these ladies (and Father) over the past couple of years: 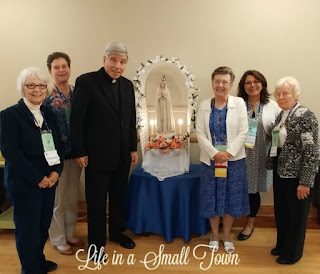 Our reign is almost over!
Friday night, we were treated to a concert by Audrey Assad. If you don't know her music, you should check her out. She has a beautiful voice, as well as touching songs. 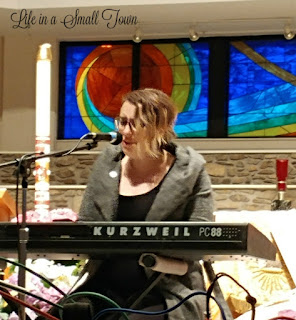 Audrey Assad
I'll have a separate post on more of the convention later, so check back if you're interested! 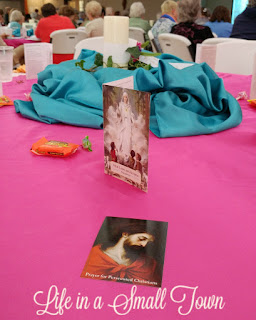 The tables were just lovely!
While I was down at my parents' house the other day, I snapped some pictures around their yard: 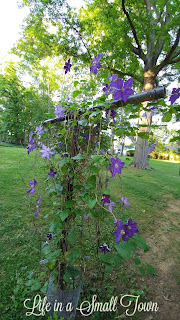 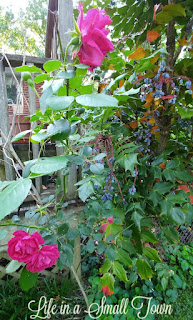 A couple of roses in the backyard 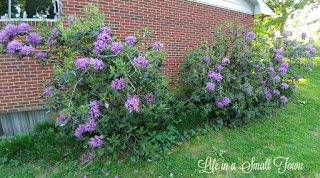 Rhododendron on the side of the house
This is at 1 of my schools. I think I caught the blooms just in time; they're almost spent! 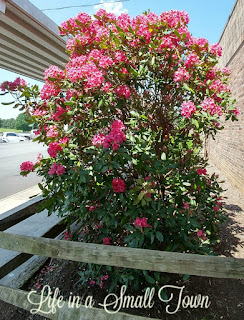 Just in time!
I mentioned in a previous post that the Small Town is going through some changes. Here's a picture of some major clearing that's going on. I'm not sure if this is where "downtown" will be, or if this is clearing for a bypass: 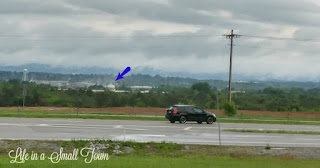 The arrow points out the new high school, which you couldn't see from the road before the clearing. There is a better view of the mountains...for now. 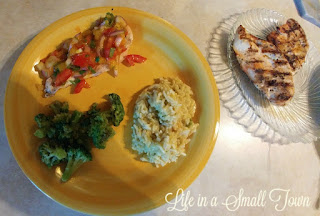 I made mango salsa for dinner the other night, and we put it over grilled chicken. (The leftover salsa is also good for dipping tortilla chips!)
Last picture. We had a little storm this morning as I wrote this post. 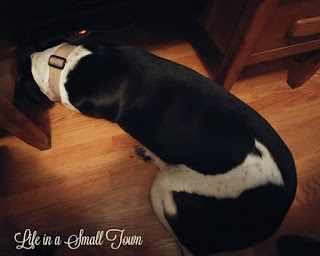 Laika isn't a big fan of storms.
I hope everyone has a marvelous weekend!