It's been a couple of weeks since I participated in FFF, so I thought I'd join in at Susanne's this week.
This is actually from the past 2 or 3 weeks, so bear with me!

1.  Check out this bowl that we got from Husband's uncle and lady friend (LF)  from Denmark: 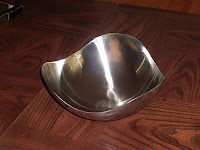 The designer is Georg Jensen, who is a very popular Danish designer.  He has the coolest stuff, but most of  it's  a little out of my price range!


2.  Sharing my mountains with Husband's uncle and LF: 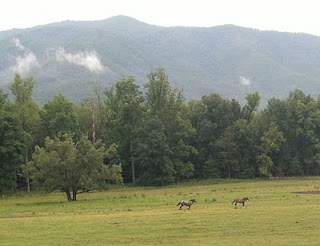 3.  Discovering a series of books:  Andrew Greeley is a priest (I had no  idea until I finished the 1st book and read the bio on the back!), sociologist, and author.  He is the author of a series of books that begin with the word "Irish".  I read the 2nd book and am currently reading the 1st.   (The library didn't have the 1st one when I found the books.)   The main characters are an Irish young lady and an Irish-American young man.  She is from a poor  family out in the country, he is from an upper class from Chicago.  In the first book, she is an accountant student, singer, and actress working her way through school.   He does nothing.  He went to Notre Dame to play football, but quit the team halfway through the year.  He then went to Marquette, but didn't finish.  So, he worked with stocks.  Apparently he wasn't very good at it, until one day (quite by accident), he accidentally bought a lot more stock than he should have.  The next work day, he went in, and the stocks ended up making him millions of dollars, which he invested.  I should have such luck!
Anyway, (and this is the kind of strange part) she has visions that she has to have explained.  In the second book (which I read first), she sees what turns out to be people from a civil war prisoner of war camp.  They research (or rather, he  does because he doesn't have a job and she does!) and find out what really happened.  In the first book (which I'm currently reading), his grandparents were involved in the IRA, but they had to leave Ireland and were told if they came back they would be shot.  So, he is trying to figure out why.  Of course the books are fiction, but they do have some history and even a little bit of romance mixed in.

4.  Nice Metro workers in DC.  Anytime I had a question, YS' farecard didn't work, and LF's farecard not having enough exit fare, the workers were courteous and most helpful. 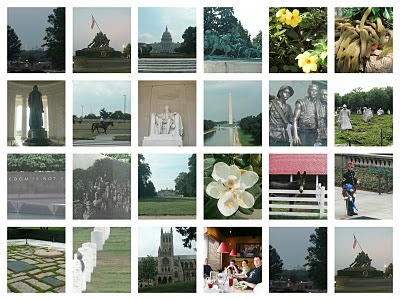 To participate, link up at Susanne's Living to Tell the Story.
Email ThisBlogThis!Share to TwitterShare to FacebookShare to Pinterest
Labels: books, FFF, Husband, mountains, vacation, YS