Time for another Weekend Wrap-up, hosted by Stefani at A Defined Life.  She's just getting this meme started, so please visit her and join along!
(Reminder:  you can click on any of the pictures to get a bigger view.)

Friday, I saw this butterfly on my butterfly bush: 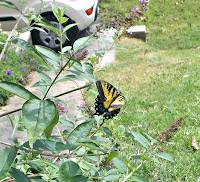 And then I saw this skink...shortly before Pepper caught it and dismembered it.

YS & I drove up to the town where I went to undergrad school & spent the night.  The view from our hotel, looking toward the university:

Upon arriving at the hotel, we saw this: 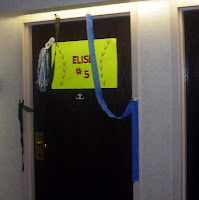 I didn't take it as a good sign, and figured the halls were going to be pretty noisy that night.  But, we didn't hear a peep!

This was on the headboards: 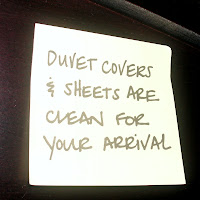 I was a little disturbed by it.  I would expect the duvet covers and sheets to be clean.  It's sad that Hampton Inn feels like they need to leave stickies to verify that they are.
We went up because OS' girlfriend (GF) had an art exhibition at a small gallery downtown. Here are a couple of her pictures: 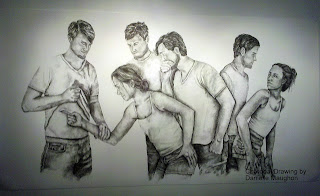 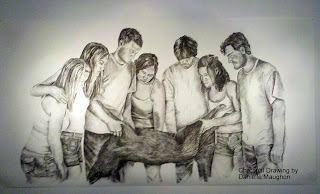 She is so incredibly talented, and she had a very nice turnout for the reception.
After the reception, YS & I went to Chili's with one of my sisters since she hadn't eaten.  The Presidente Raspberry Margaritas are to die for!  We had a nice visit, then YS & I went back to the hotel and crashed.
Saturday morning we had a little time to kill before we met OS, so we wandered around a Fresh Market that was nearby.  I was a bit surprised with the prices, but I guess you have to pay for fresh!
We looked around the campus of the university:
Alumni Plaza (This wasn't there when I was a student.) 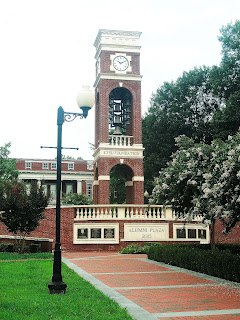 This is something fairly new in the student center:

I say "fairly new", but I'm not sure how long it's been there.  It definitely wasn't there when I attended!  Anyway, this the first phrase of the Alma Mater.

I spent many hours sitting on the steps of this building:

And many hours on the porch of this former fraternity house, where I was a Little Sister.  It's probably a good thing that the walls can't talk! 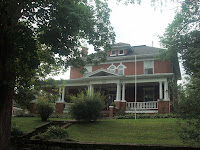 We had a good visit with OS & GF over coffee, then we headed back to the small town.
I got an email from the library on Saturday, letting me know that a book I had on hold was ready for download.  So, I spent most of Sunday reading this: 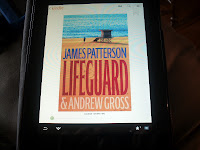 One of the things I like about James Patterson is that his books are a quick-read.  One of my sisters let me borrow the first book in a series to read, but I had to put that aside since I'm on a timeline with this book.
CH & I also went grocery shopping (yeah....not!), and MS & YS joined us for dinner at our favorite Mexican restaurant.
MS has been working at the big city's conference center for a Christian Youth Rally.  They had a concert on Thursday, and he said Chris Tomlin stood right behind him!  The sad thing is that he had no idea who Chris Tomlin (or any of the other groups) was.  He said that when they ate dinner, he was in the same room with all of the musicians.  He has no idea how close to greatness he was!

Join in A Defined Life and catch us up on your weekend!
Email ThisBlogThis!Share to TwitterShare to FacebookShare to Pinterest
Labels: books, college, dogs, Weekend Wrap-up