1. It's National Bike Week...do you own a bicycle? When did you last ride a bike?
I think the last time I rode a bike was Oct. '11, through Kensington Gardens.  I will be riding a bike (at least a couple of times!) in the next month in Germany (and maybe Copenhagen). 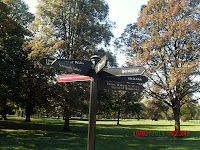 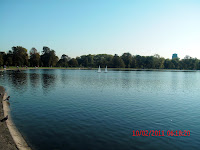 OMG!  After reading Sandy's comment, I realized I rode a bike when we were in the Keys over Christmas Break!  Not sure how I could've forgotten about that!
2. What's something you learned in school that wasn't part of the curriculum?
Oh my!  If we're talking college, there's so much that I learned that they can't teach you!
3. What's a food you've never tried, but want to try? What's a food you've tried and will never try again?
4. Have you been more demanding on yourself lately or less? Why? Do you think that's a good trend?
I've been trying to not be demanding on myself, especially since it just stresses me out!
5. Who is your favorite book, movie, or TV show villain?
Rhett Butler.  Would he actually be considered a villain?

6. How concerned are you about identity theft?
I try to be aware of security, but I don't let it run my life!

A few days ago, YS came up to me and said, "12 more days!"  I looked at him and said, "until what?"  His response:  "Until we leave for Europe!"  I told him I just needed to get through the weekend, and then I would start thinking about it.  Sunday night, I got very little sleep.  First, it took me forever to get to sleep because I was thinking about what I needed to get for the trip.  And, I kept thinking, "I should've started a list before I came to bed, because I'm not going to remember this!"  Laika woke us up around 1:00 needing to go outside, so CH took her out.  Then, I was wide awake.  I got caught up with games on my phone, and laid there until around 4:00, then my alarm went off at 5:30.
We had a 1/2 day on Monday (without kids since the buses don't run), followed by a staff luncheon.  Since Ms. Principal is retiring, I went to eat with my mountain school at a local restaurant.  We have the best luncheons, especially when they're off campus! 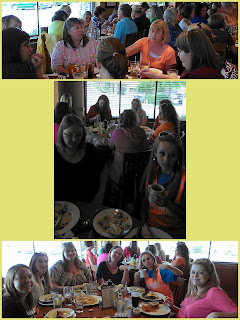