1. Are the leaves turning color where you live? Have they begun to fall? Will you have to rake when it's all said and done? Is that a chore you love or loathe?
They are starting to change. The bad thing is that they seem to be faller faster than they are changing, so I don't think we're going to have the amazing colors we had last year. We don't rake. Now that we have someone who comes by to mow on a regular basis, he'll get them up when he mows.

2. When did you last shake like a leaf?
I'm having a really hard time thinking of a time.
3. After 20 seasons with the NY Yankees, Derek Jeter played his last official game Sunday afternoon. Jeter has been described even by opponents as a 'class act', both on and off the field. The NFL is back in action this month too, with several players in that sport also making headlines. What are your thoughts on athletes as role models? Should a professional athlete be expected to act as role model or is that going beyond their job description? What responsibility do the organizations these athletes work for have when it comes to dealing with off the field behavior? Discuss.
This is something that we've discussed at our house. I think they are "high-profile", so they should be held to a high standard. I've always said that if a player gets in trouble, they should be gone. Maybe then the athletes would be humbled by their talent.
4. What season of the year is toughest for you in terms of your health? Why?
Winter. With all of the hacking, coughing, and snotting in the schools, it's hard not to catch something.

5. The top six healthy food trends of 2014 according to Eating Well are-

clean eating (more veg, less meat, less sodium, limit alcohol and processed foods)
trash fish (you know those fish that get caught in fishermen nets and are thrown back? It seems chefs are finding creative ways to make them more appetizing)
cauliflower (this year's IT vegetable)
kaniwa (essentially baby quinoa, so like quinoa only smaller)
fermentation (think pickling except with twists on flavor we're not accustomed to)
community supported food (farms operating with community support/membership).
Okay-so how many of the hot healthy food trends for 2014 have you experienced, encountered, enjoyed? Any you've tried and said ewwww? Any on the list you'd liketo try before year's end?

I absolutely love cauliflower...apparently before it was cool. There is a community garden near the animal shelter. I have no desire to try "trash fish" or fermentation (unless it has to do with a beer!).
6. In seven words or less, bid September adieu.
You went by so quickly!
7. What's something on your October calendar that makes you happy just thinking about it?
OS' birthday. He'll be 26 this year, so one more step into "real adulthood": He'll have his own health insurance.
8.  Insert your own random thought here.
Check out what I got to pet yesterday:

Isn't he adorable? There was a group that came by my mountain school yesterday with some exotic animals. The kids were able to have their picture taken for a fee. Apparently th group made off like bandits!
This picture needs no words: 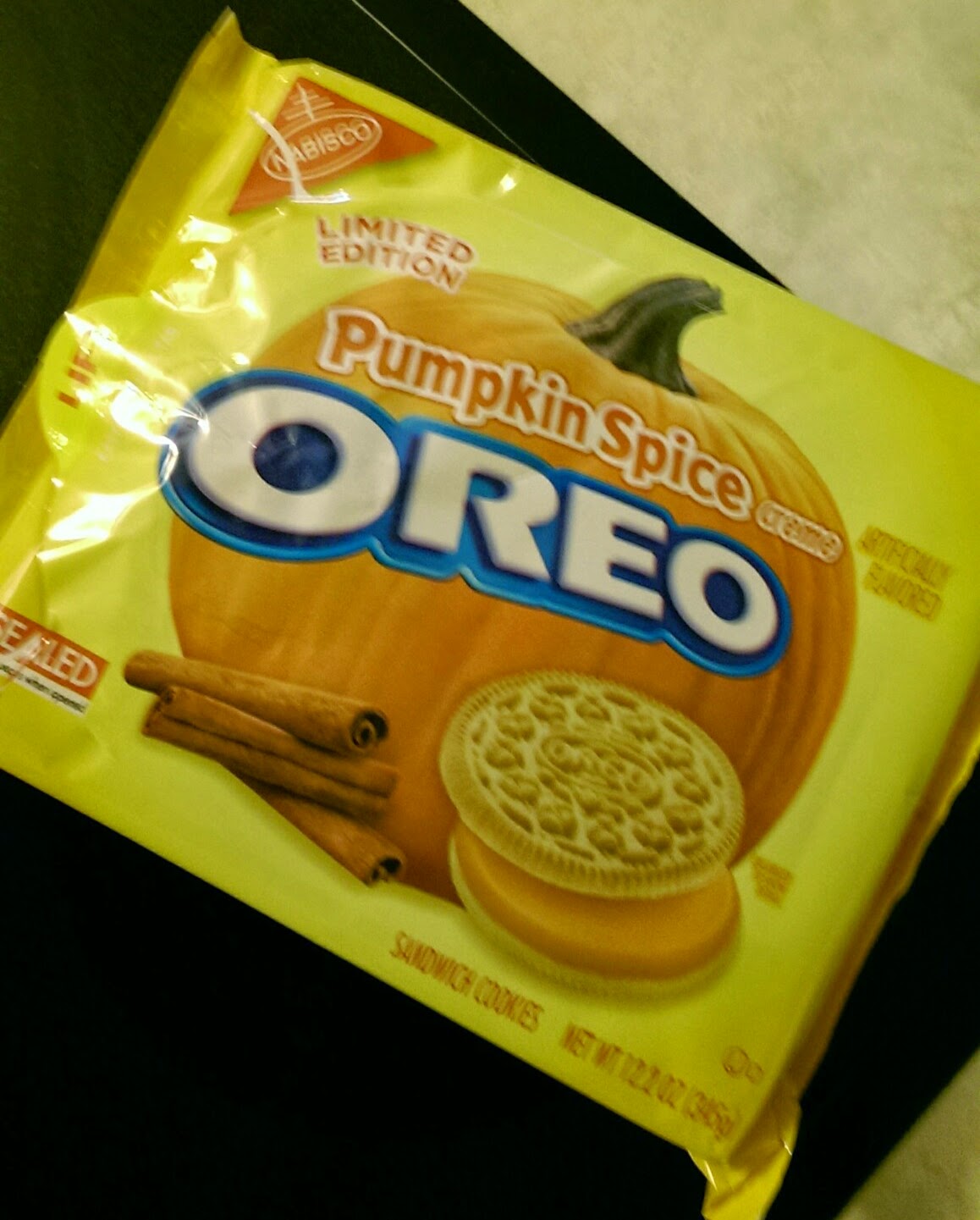 They were much better than I thought they would be! Simply amazing! Someone on instagram mentioned that she was disappointed they weren't chocolate, but I wouldn't change a thing! Have you tried them?
Email ThisBlogThis!Share to TwitterShare to FacebookShare to Pinterest
Labels: Wednesday Hodgepodge