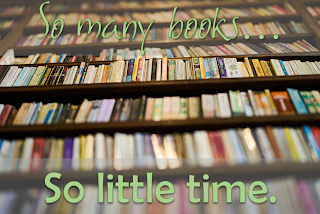 Last year I read 23 books, which isn't too bad considering that most of them were read between October and January. I read 5 just in December, so I don't think I've done too badly.

⭐⭐⭐⭐⭐
This book is another book in the Lowcountry Summer Series. First off, I love the Lowcountry. While a lot of families visit the Myrtle Beach area, we prefer the Charleston area, so there was an immediate connection. I haven't spent any amount of time on Sullivan's Island, though. Back to the book...This series is about 3 half-sisters who are reunited at Seabreeze, their grandmother's home on Sullivan's Island. Marietta (the grandmother) has decided to sell the home and move to a retirement home. She devises a plan to get all of the girls back for a month. They spent summers together until the girls reached their teen years and had other summer interests. Now they're grown up and haven't been in contact with each other in years. The month turned into a summer and the summer is coming to a close. This is the 3rd book in the series and I had to know how the summer was going to end. I really enjoyed this book.

⭐⭐⭐
I usually really enjoy Nicholas Sparks' books, but this one rubbed me wrong from the beginning. As a Speech/Language Pathologist, I almost put the book down after the first couple of chapters because I felt like he didn't research enough. If you're going to have a child whose language is delayed in your book, I expect research to be done. I kept reading, though, thinking he may redeem himself. (He didn't.) The storyline was very predictable; no surprises at all. I was just really disappointed in this book.

⭐⭐⭐⭐⭐
This book was a very nice surprise. I found it through an ad for the top 10 books of 2021. Knowing very little about Indian culture but enjoying learning about other cultures, I found this book to be really interesting. The book briefly deals with what it's like to try to assimilate to another culture (the main character moved to the US from India as a young child) and never really feels like she fits in. When the family travels to India for a cousin's wedding, she has no plans to join them. An accident changes her plan (and her life).

⭐⭐⭐⭐⭐
Another nice surprise from the same list. I'm not into plants or gardens, so I wasn't sure how I would feel about this. This book has 3 main characters from 3 different eras. It took me a while to keep everyone straight, but once I did I thoroughly enjoyed it. I liked the historical aspect, and there was a bit of romance and scandal. I've added more of Julia Kelly's books to my list.

⭐⭐⭐⭐⭐
Yep. This is the 4th installment of the Lowcountry Summer Series. I started reading this one on New Year's Eve and almost finished it before midnight. I counted it for December because I came this close to finishing it. I had a pretty good idea who was getting married. An additional character was introduced; at first, I thought the chapter introducing him was strange but it all came together rather quickly. There was a huge clue that I completely missed as I looked back on it. There's 1 more book in this series and then I'll have to start Mary Alice Monroe's Beach House Series.
I guess you can tell that a book has to be really, really bad for me to give less than 3 stars. *sigh* I'm joining up with Jana & Steph for Show Us Your Books. Click on the image below to see what everybody read last month.

Email ThisBlogThis!Share to TwitterShare to FacebookShare to Pinterest
Labels: books, reading, show us your books