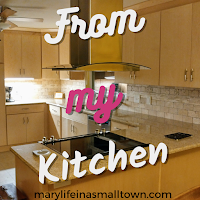 Winter means comfort food, am I right? We have been doing what we can to eat lighter. In the past I would have made dishes such as Steak & Gravy or something that pairs well with mashed potatoes. Below are a couple of new things I tried this month.

I've had a recipe for Overnight Slow Cooker Steel Cut Oats with Banana for a while...actually, for years. CH is trying to eat things that don't have a chance to upset his stomach and I thought this might work. I don't have a picture because who can take a picture of oatmeal so it looks appetizing? Definitely not me. Anyway, the recipe calls for freshly grated nutmeg. I'm not sure if that would have made a difference. I was a bit disappointed with this recipe; I just didn't think there was a lot of taste to it.  I added brown sugar to my bowl before I ate it; it helped but not much. I didn't think it had a lot of banana taste to it even though I added an extra banana to the slow cooker the night before. So, this recipe is going in the trash. 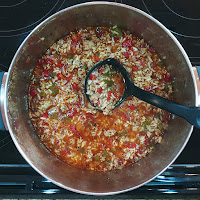 Who else likes soup in the winter? A link to this Stuffed Pepper Soup Recipe was in an email I received from Six Sisters Stuff. If you haven't ever visited their site, they have some amazing recipes. I cut the recipe in half which is easy to do before you print it out...just change the number of servings right on the page. Easy peasy! 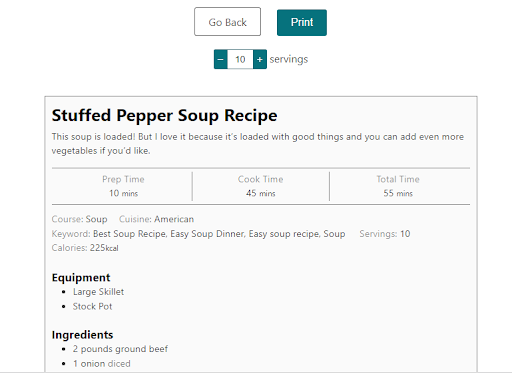 I've made stuffed peppers a few times. If I had realized how good they are and how easy it is to make, I would have made them when the boys were growing up. When I saw this recipe I was all in. I used mild Italian sausage instead of ground beef and steak seasoning sauce instead of Worcestershire (because there was none in the fridge). The only thing I would do differently next time is add an additional bell pepper. This recipe will stay on my rotation. I had some for lunch the next day and it was still excellent.
School closures mean baking. Who doesn't love to bake when schools are closed and the snow is falling? I found this recipe for Bread Machine-Banana Bread and decided to give it a try. The recipe was as easy as putting the ingredients in the bread machine. No mixing was involved. The only prep was mashing the bananas and lightly beating the eggs. My kitchen smelled heavenly with the smell of banana bread baking at the end of the cycle. There is a comment in the post about the ingredients not mixing all the way but the tips give a couple of suggestions: 1) to scrape the sides after the first mixing cycle has stopped, and 2) premix the ingredients before putting them in the bread machine. 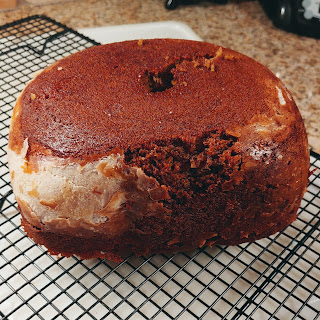 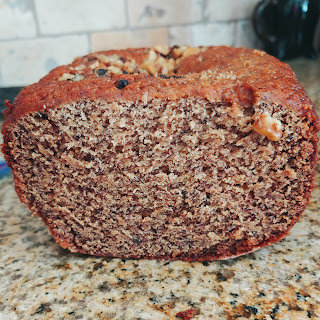 I completely missed the end of the first mixing cycle, hence the nuts on the top and not throughout the bread.
The only thing I did differently was to add some cinnamon. I thought it turned out great and the taste was very good. This will be a perfect way to make banana bread in the summer since it doesn't require turning on the oven!
If you read my Wednesday Hodgepodge where I hinted about a recipe for Danish Pancakes, sorry to disappoint. I didn't have a decent picture so I'll have to make them again for next month's From My Kitchen.
Let me know in the comments if you've tried any new recipes. Were they flops or keepers?
Email ThisBlogThis!Share to TwitterShare to FacebookShare to Pinterest
Labels: bread, cooking, from my kitchen