I'm really doing well with blogging, aren't I?  I was going to at least try to get out a post on Friday, but I had this little thing called "flute choir" on Thursday, then I rushed home and got my stuff ready for Friday after work, 'cause guess what we did! 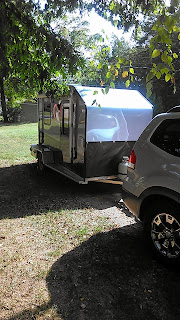 The group that we go camping with a lot were having a get-together a couple of hours away from us.  We went to a state campground that we had wanted to go to last year, but couldn't get in.

The moon on Friday night was gorgeous peeking through the trees: 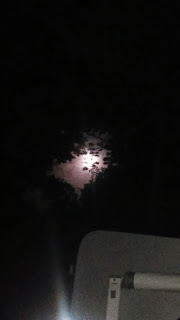 As happens very often with us, it rained.  It rained hard, y'all! 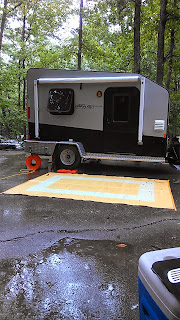 We're perfecting the art of keeping everything dry: 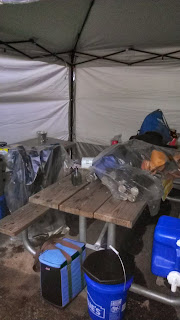 (Ignore my "luggable loo"...we didn't use it since we were right across from the bath house.)
CH is getting used to cooking breakfast in the rain: 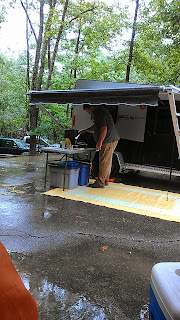 Pancakes were on the menu.  Have y'all tried the banana granola nut peanut butter from Planters?  It was remarkable on the pancakes! 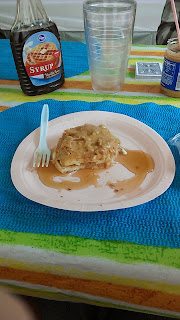 I spent part of Saturday doing this:

Playing a little "10-20-30" and reading a new book that I bought from the school's book fair.
When we camp with our group, Saturday night dinners are potluck.  There's always an enormous amount of good food, and this was no exception.  It was even cool enough that night to have our first campfire of the season: 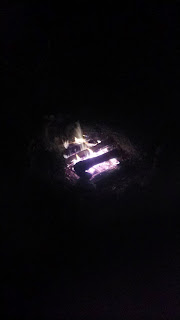 Sunday morning was a sausage, biscuit, and eggs kind of morning: 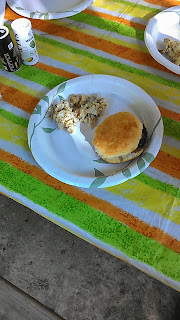 Notice the sun peeking through?
I think CH discovered the secret to almost perfect biscuits in the dutch oven:  take the oven off of the bottom coals, but leave the top coals on for a little longer.  Almost perfect!
As I was taking the panels off of the easy-up, I saw this little guy: 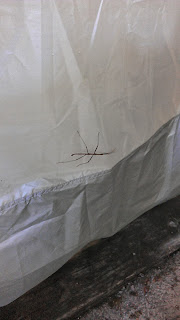 I hadn't seen a walking stick (or a "stick bug" as YS & his girlfriend called it!) in years.  Later, this was on YS' tent: 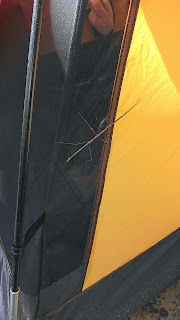 Not sure if it was the same one or another one.  Pretty neat, though.
As we were leaving, we rode up to the overlook and took some pictures. 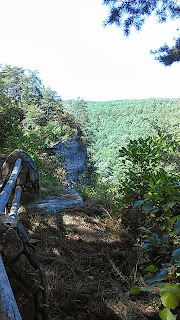 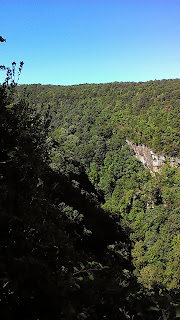 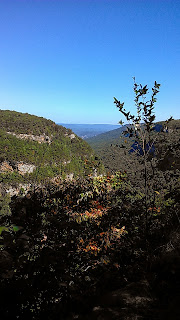 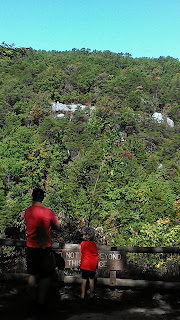 I really wish it had been pretty on Saturday so we could've done some hiking on the trails.  There's a waterfall nearby that I didn't get to go to.  Maybe next time!
How was your weekend?
Email ThisBlogThis!Share to TwitterShare to FacebookShare to Pinterest
Labels: camping, Weekend Wrap-up