Going to Ireland was just crazy to me! That was just one other place where I didn't think I would ever get to visit, and it was kind of a spur of the moment, crazy thought that my Cooper SIL (M) & I had last March during our birthday weekend in Chattanooga. M found an excellent price for the airfare and took care of the tour company. This was her 3rd trip so she knew all the ropes and the right questions to ask.
We met in Nashville, right near the airport, on Thursday evening to be ready for our Fri. morning flight to Boston. I always have something happen when I go through security, so when I walked through, it beeped and the lady told me I had been randomly chosen for a body scan. I told her I should've just gone straight there because I always am the chosen one. She laughed, I was scanned, and we were on our way.
After a 6 hour layover in Boston, we had a 4-hour ride to Dublin. We should have slept, but we were so excited that we couldn't.  We touched down around 7:30 a.m. and had very little trouble finding the bus that would take us to our hotel. When we got there, Seamus checked us in. When he told us his name, I kicked Mellisa (gently) and said, "His name is Seamus!" We fully expected to have to come back around 4:00 to get into our room, so we dropped off our bags and went to a nearby coffee shop. While we were there, I remembered that I had left something in my bag that I needed. We were going to meet up with some friends of MS' (She went to UT, he's Irish) later, and she said she wanted candy corn, so I had a couple of bags in 1 of my bags for her. We went back to the hotel and told the guy (Seamus wasn't there) that I needed to get something, and he told us that our room was ready! So, we were able to go up and take quick showers. We told each other that we would not lay down; we knew if we did we would fall asleep and waste our first day in Dublin.
Showers taken and feeling refreshed, we jumped on a Hop On/Hop Off Bus to make our way to Guinness. There were moments when we both nodded off, but we tried so hard to stay awake!
As we were on our way, we passed St. Patrick's Cathedral so we hopped off. Man oh man, was it beautiful! 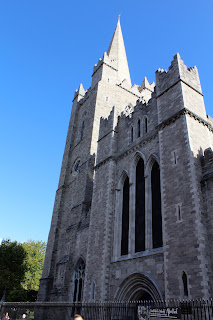 Our first church down, we continued on to Guinness 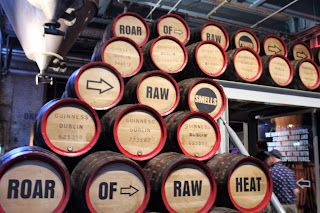 It was a self-guided tour, so we went through it pretty quickly. We honestly weren't really interested in it. We didn't get our free Guinness because, at that point, we didn't think we liked it. The only taste we had of it was in the U.S.A., but it definitely tastes different (and better) in Ireland.After that, we met MS' friends for a drink and a quick late lunch/early supper. They took us to the Temple Bar, which is an area of Dublin. We walked across the Ha' Penny Bridge to get over to that area.


.
We had the best time meeting MS' friends. They live about an hour's bus ride from Dublin. He is an Irish MS; it was just weird how much they are alike. Very cute couple with an amazing story on how they met. Long story short: they met while she was touring Europe one summer and were married a year ago. She loves living in Ireland and seems to have adjusted very well.
He told us stories about the history of Dublin and had us in stitches. The Irish humor is quite funny. He showed us "the Spire":

Sunday morning I was going to go to mass at a church near our hotel, but we were up and ready to do something way before mass. We went to Trinity College and walked around for a bit.


I actually felt a little strange walking around the grounds of a public college. There were some parts that were off-limits to the public, but it still felt weird.
There was a Catholic church not far from Trinity College, just off Grafton Street (the main pedestrian street). I couldn't find any history or details about the actual building of St. Teresa's. I'm sure there is some, I just wasn't able to find anything. 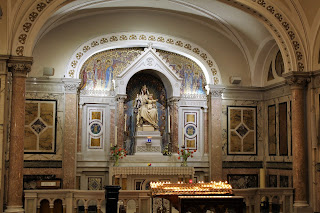 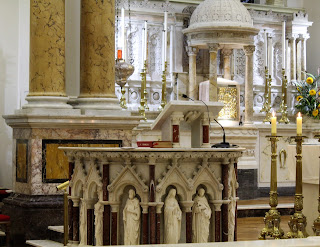 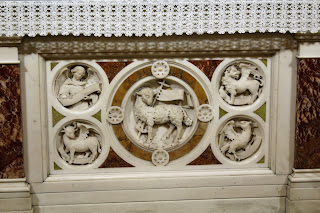 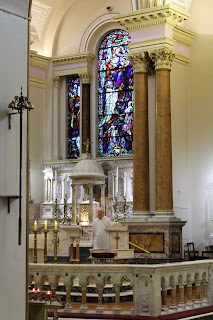 After Mass we made our way to Jameson Distillery Bow Street. 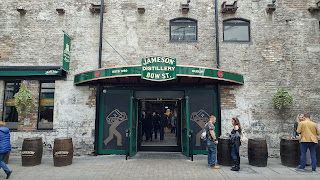 I was expecting the tour to be like the one at Jack Daniels, but it wasn't. The tour was given by a guide who explained the history and the process. At the end, we were given a shot of Jack Daniels, Scotch, and Jameson. I definitely preferred the Jameson! 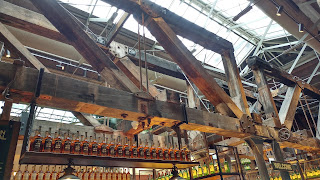 We went on a mini-pub crawl our last night in Dublin. Well, technically it wasn't our "last" night in Dublin since we flew out of there, but it was our last night during our first trip there. We had a wonderful tour guide with who we made fast friends. We ended up at O'Neill's at the end of the night to listen to Irish music and watch some Irish dancing. 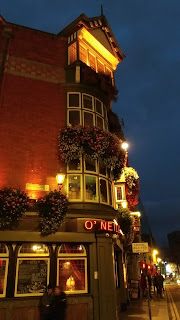 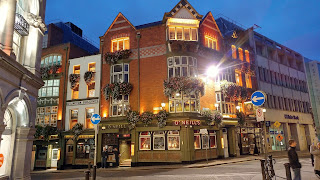 We had to find Molly Malone before we left Dublin. 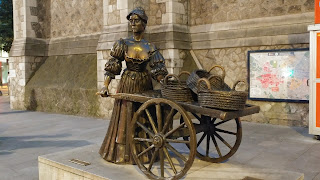 Views of the river: 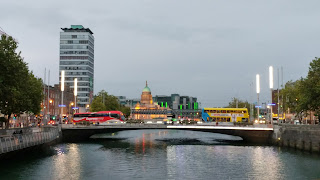 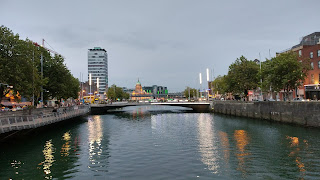 On Saturday, we witnessed one of the famous protest marches. It went on for MILES, and I'm not exaggerating. It was peaceful, but I think some people were trying to get in their 2 cents worth because they were protesting something that was not the object of the protest. We had a hard time figuring out exactly what they were protesting until we asked Seamus at the hotel. The protest was to legalize abortion. (Keep in mind that the Republic of Ireland is a predominantly Catholic country.)
To get back to our hotel we had to cross through the protesters; there was no way around it. M & I stood in the island in the median of the street and wondered what to do. Just then, a group of big young men said, "Let's just go" so we followed right behind them and walked very quickly to the other side. If that had happened in the U.S., the protesters would've been in our face yelling at us (I have no doubt about that.), but they just made room for us so we could be on our way. MS' Irish friend said that the Irish are very laid back and don't get too upset about little things; that was a perfect example.
Dublin was nice, but it's a city just like most other cities in the world. By Sunday night, I was ready to get out of the city and see what Ireland looks like. M & I had no trouble falling and staying asleep, despite having our window open and this view:
Monday morning we said goodbye to Dublin (for a few days, anyway) and began our ride to Galway. We used Tenon Tours and chose the Island Hopper, which meant we were pretty much on our own but we had drivers take us to each city. We thought we were going to be the only ones in our group, but a couple of weeks before our trip a very nice family from Chicago (a couple with 2 grown daughters) decided to go. We only saw them when we were riding from city to city, and they weren't the obnoxious American tourists we experienced almost everywhere we went. It turned out to be okay, even though we didn't have a private driver!
Next up...Galway and the Aran Islands!
Email ThisBlogThis!Share to TwitterShare to FacebookShare to Pinterest
Labels: bucket list, church, Ireland, traveling