In 1879 on a very rainy night in the small village of Knock, Ireland, the Virgin Mary, St. John the Evangelist,  and St. Joseph appeared on an altar that also had a lamb and a cross. My guess is that it looked a lot like this:
In 2017 on a very rainy day, 2 American women made a pilgrimage to the Shrine of Knock.  M had been there before; up until a few years ago, I knew nothing of Knock. We took a bus from Galway to Knock and made it to the basilica just in time for Mass. It turned out to be a funeral mass. M (who is not Catholic) turned to me and asked if it was okay that we were there since it was a funeral. I said yes, but didn't fully explain that it is our duty as Catholics to bury the dead. Not literally bury them, but attend funeral masses and pray for them.
The woman who had passed away was 90+ years old. She was a Sister of Mercy but left the order and was married at age 76. Her name was Christina, and she sounded like an absolutely marvelous and fascinating woman.
As Mass was being said, I just kept looking at the mosaic on the altar, not believing that I was actually right where Mary appeared.
The choir sounded amazingly beautiful, and when they sang "Lady of Knock" I completely lost it. There I was, in the place where she appeared, listening to the song about her.  It was one of the most, if not the most deeply religious experiences I've ever had. 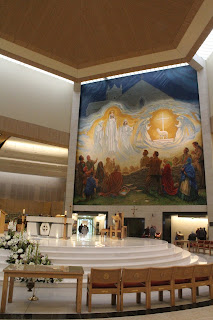 After Mass, M & I walked around the basilica. It was absolutely gorgeous. (For larger pictures, click on one and scroll through.) 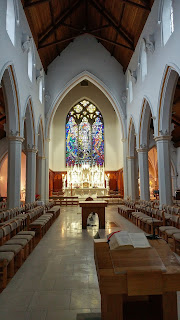 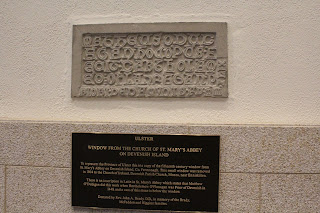 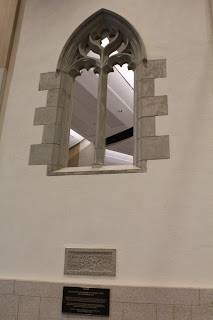 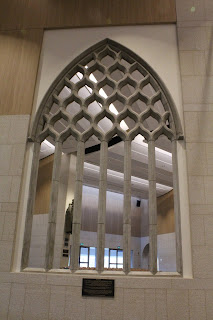 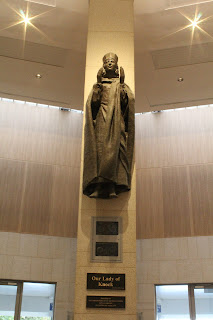 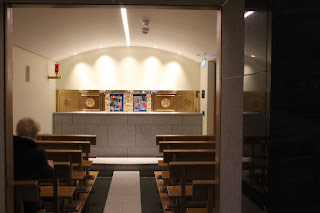 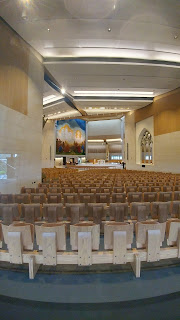 Unfortunately, it was raining sideways (literally) and it was pretty chilly, so we weren't able to leisurely stroll through the grounds as I imagined us doing. The upside was that we pretty much had the whole place to ourselves. 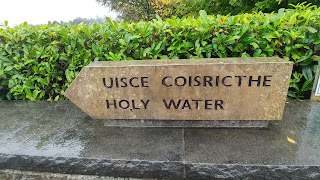 There were a lot of things we missed because it was so nasty out and we had to catch our bus back to Galway. We stopped at this little cafe around the corner from the Shrine and had wonderful soup and Irish Brown Bread. We enjoyed the sites on the way back to Galway: 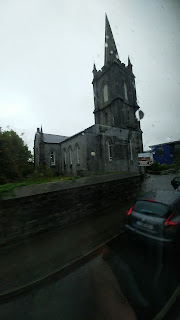 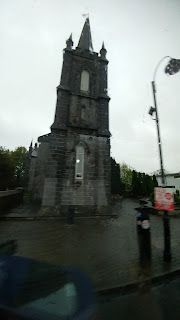 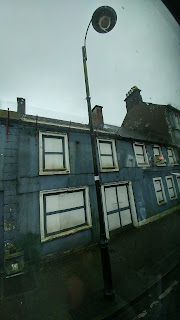 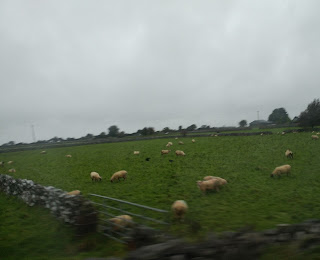 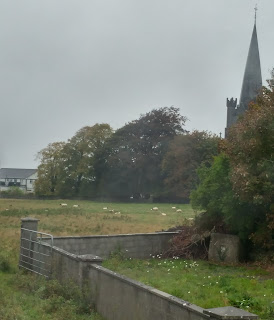 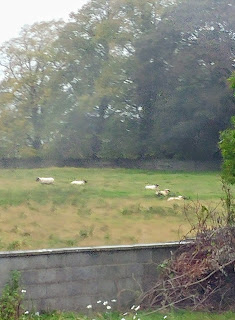 The rain that day was absolutely ridiculous! When we got back to town, we saw abandoned umbrellas because they did no good with the wind. That was the only bad day we had. Originally we were going to go to Knock first, then the Aran Islands, but the lady at the tour company said that sometimes tourists get stranded on the island if the weather turns bad and we couldn't chance missing our ride to Killarney. That turned out to be a very wise decision; with the weather like it was that day, we thought that the ferry may not have even run so we would have missed the island.
Here is a video of the song "Lady of Knock".