We made it to the campground in Killarney without any difficulty. We had a full day to explore, so we just had to decide what to do. Initially, I wanted to take a day tour to the Dingle Peninsula to give CH a break from driving. Plus I thought he'd really enjoy it. After a discussion and really thinking about it, we decided that may not be the best idea, to be on a bus most of the day. We ended up taking a cab to Ross Castle and touring there. 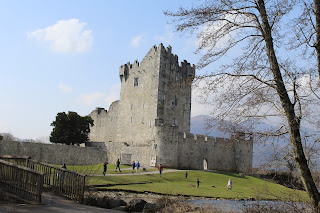 This Tower House was built in the 15th Century. It is the last stronghold in the province of Munster to hold out against Cromwell. The castle was used as military barracks for a couple of centuries, until the early 19th century. 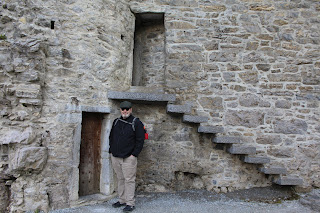 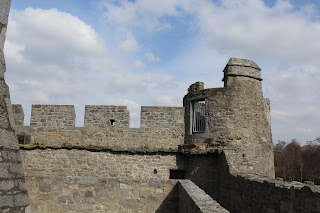 As most castles are, Ross Castle was built along the shores of a lake. There were boat tours to be taken, but it was cash only and we didn't have enough. So we had to skip it. 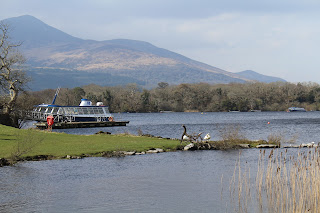 Since we had taken a cab to the castle, the problem was getting back into town. We really didn't want to take a jaunty (horse-drawn carriage), and there weren't any available anyway. We talked with one of the jaunty drivers and he called to see if there were any available. He directed us to the path where we could walk through the National Park back to town. (Sidenote: When we approached the jaunty driver, a very rude American man said, "He's already taken." Not necessary at all. Just rude.)
It turned out to be a very nice walk back to town. We enjoyed being in the forest and hearing the birds. 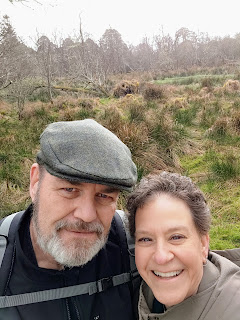 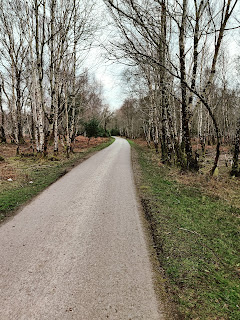 As we walked closer to town we came upon a herd of Irish Red Deer laying in a field. 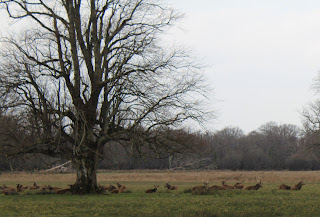 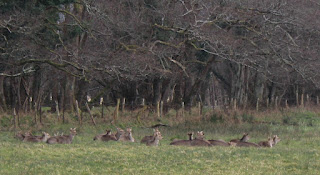 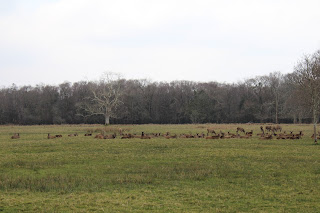 They were just incredible. As we walked into town we saw St. Mary's. 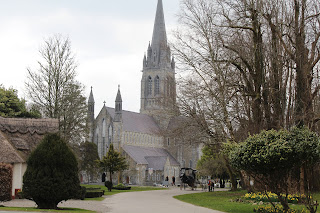 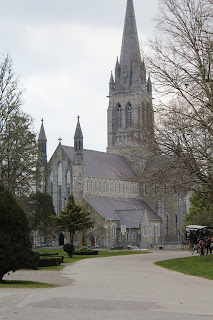 We arrived into town and ended up walking around the town center. I wasn't looking for it, but we stumbled upon the same pub that M & I visited. It's across the street from a mechanic and it's at the end of the street so I don't think many people actually look for it. It is a very traditional pub, complete with a Snug. 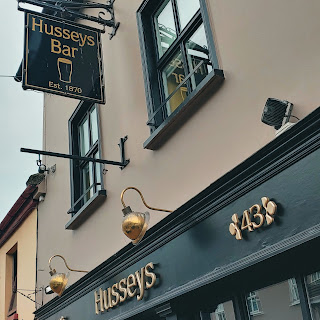 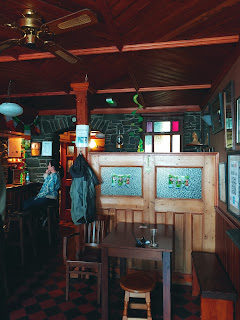 I didn't ask her, but I believe that the lady at the bar was the one who served me last time. She is the owner's daughter so it very well could have been. I told the owner about the last time I was there. Just as in other places we visited, we had a great conversation. 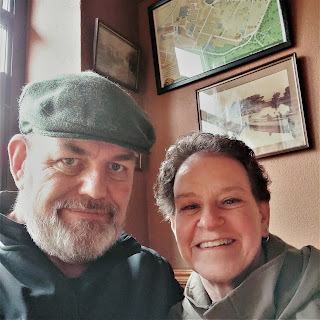 We were on the hunt for Irish music. We ended up walking into a bakery that had only been open for a week or two and speaking with a young lady. She recommended Tattler Jack's so we headed that way. Once there, we walked into a very full pub. We made our way to the back but all of the tables were taken. The tables against the wall were full but the people were against the wall, not on the other side of the table. I asked CH if we should ask if we could join someone and he told me to do it. I chose a couple who looked friendly and they agreed. We ended up sitting and talking and drinking for a few hours. This couple was so lovely! She is originally from County Kerry and he is from Tipperary, but she is working in Cork as a special ed teacher! What are the chances that I would pick that person to sit with in a full pub? I wish I had more time to talk to her; I also wish we had exchanged contact information. Maeve & James were such a sweet couple. Oh, and the reason the pub was so crowded: Ireland and Scotland were playing a Rugby Match in the European Championship Tournament. So that was neat to be in the pub while the game was going on!
We never found "Trad Irish Music" though. There was a singer with a guitar who played a couple of trad songs. We told Maeve & James that the place mentioned in "Wagon Wheel" is where we met (Johnson City, TN) so they'd remember us every time they hear that song.  When he stopped playing things were getting a little rowdier so we decided it was a good time for the old folks to hit the road. We found a cab without any problem (there were several sitting right outside) and got back to the campground.
That was our day in Killarney. I have to say that last time, Killarney wasn't my favorite. I was hoping I would like it more this time but I didn't. Maybe it's because it's too busy. I enjoyed the slower pace of the Irish countryside more.
Check out what I thought of the campground where we stayed on the camping blog.
Email ThisBlogThis!Share to TwitterShare to FacebookShare to Pinterest
Labels: Ireland; Ireland Adventures; Killarney