Yesterday was my birthday. It was the first one without my mother. I'm going to miss the phone call from her & Daddy: they would call us on our birthdays and sing "Happy Birthday" to us. Well, except for last year. Mama forgot, and it was her job to remember everyone's birthdays! Last year, I went to Mass with them, and then we went to supper. They offered to pay for me, so I let them. A few days later, Mama asked me why I didn't remind her it was my birthday, and I told her I wasn't going to act like a kid and tell her! It wasn't that important to me, but secretly I missed having her & Daddy sing. Mama could sing like a bird...Daddy sings off-key and can't carry a tune, but he sings anyway!

I had a plan to have Mass said for Mama on my birthday, but I waited until the week  before to go by the office. I was extremely surprised (and a little freaked out) that the 8:30 Mass was open. Then, last Thursday at the contemporary music group practice, the director decided to change the Meditation Song to "Were you There". I remember when Mama first decided to sing this during Lent. I remember her telling me about it, and then hearing her sing it. She really loved that song. The director told me to play the intro (I didn't tell him any of this beforehand). I could really feel her presence when I played it during Mass. We did 5 verses, but I told the director that I was only going to play 4. It was a good thing I did that, because I had a little tearful moment during that last verse.

CH had a motorcycle/camping weekend thingy, so after Mass I went by Starbucks for my free birthday drink. I got home, relaxed, did some stuff around the house, and talked to my MIL & FIL.  When CH got home, he had a present for me from my SIL (his brother's wife). Let me tell you, she is THE most thoughtful person I know. 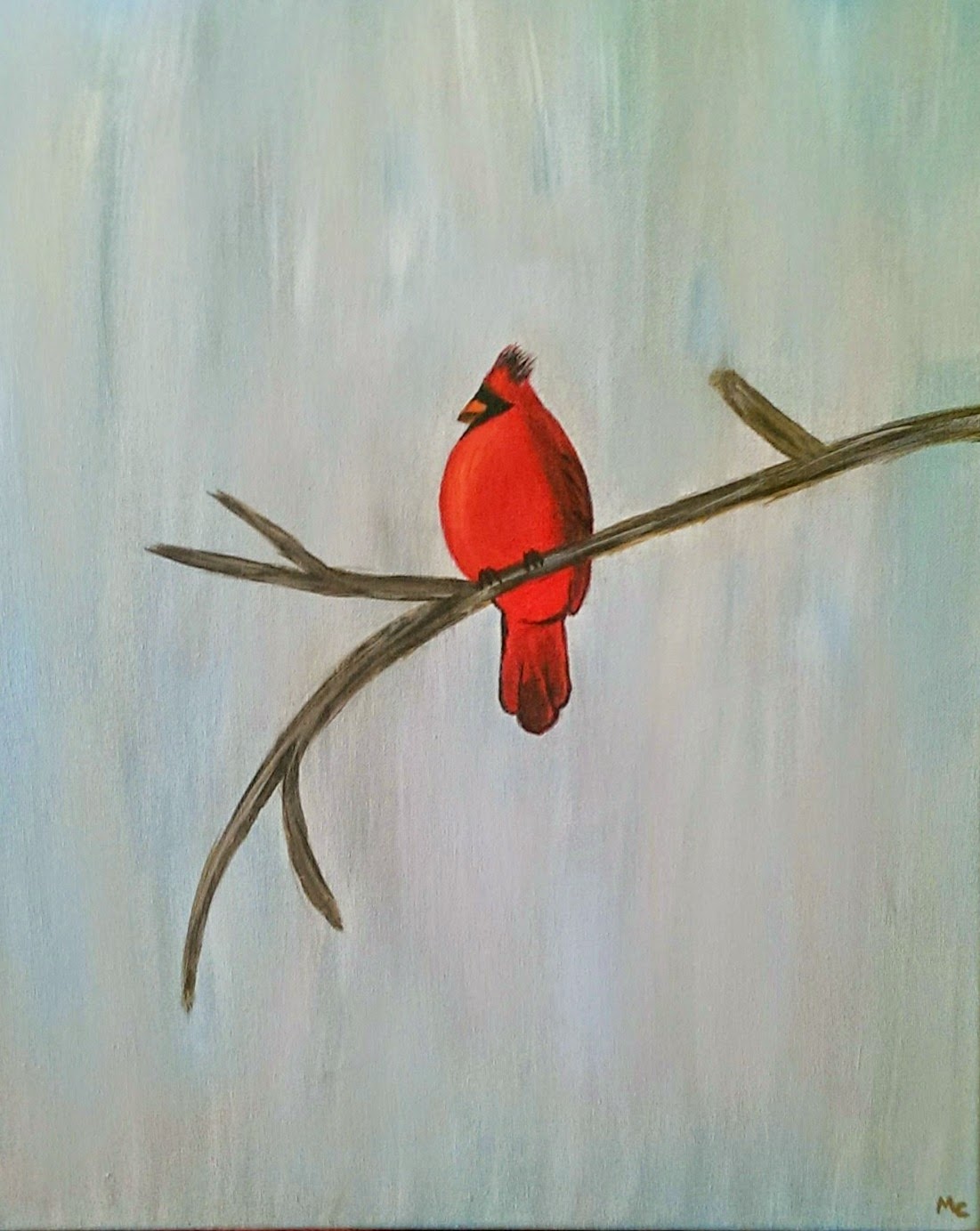 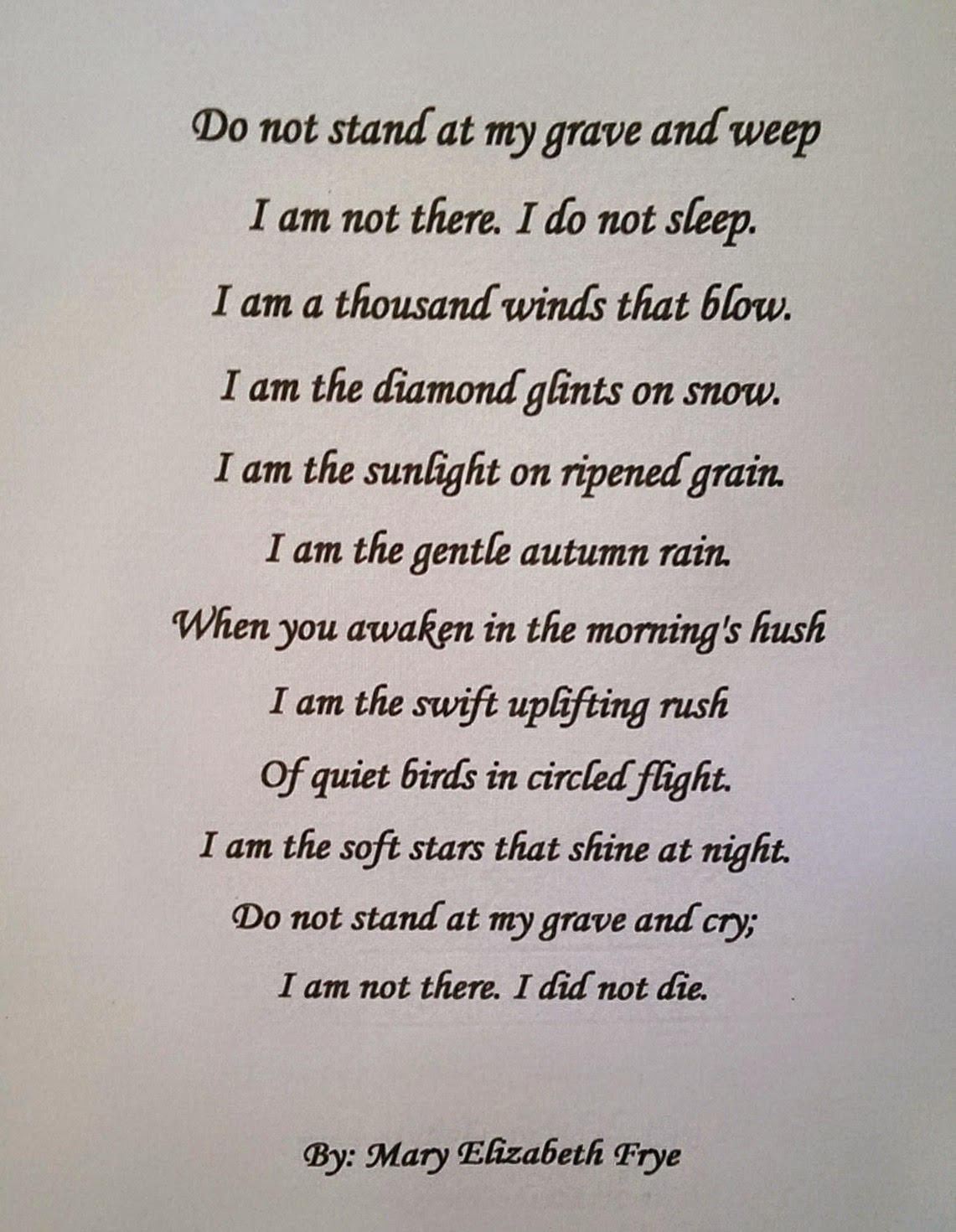 After going to Starbucks, I thought about going by the cemetery but then decided I didn't want to go without Daddy. The poem that she put on the back of the picture couldn't have come at a better time. (You may have to click on it to see what it says.)

I ran out to get something to eat, and as I was driving home, there was a young man with his earbuds in, dancing across the parking lot. I'm talking full-out dancing, putting on a show. He was dancing to beat the band! He saw me, I gave him a thumbs up, and he danced harder! Made me smile!!!

I let the dogs out, and saw a couple of cardinals at the feeder. I ran in, got my big girl camera, and they were gone. I have the hardest time getting pictures of them; they always fly away just as I'm about to take a picture! Not today, though. I managed to snap some with my camera since I didn't have to get close to them. 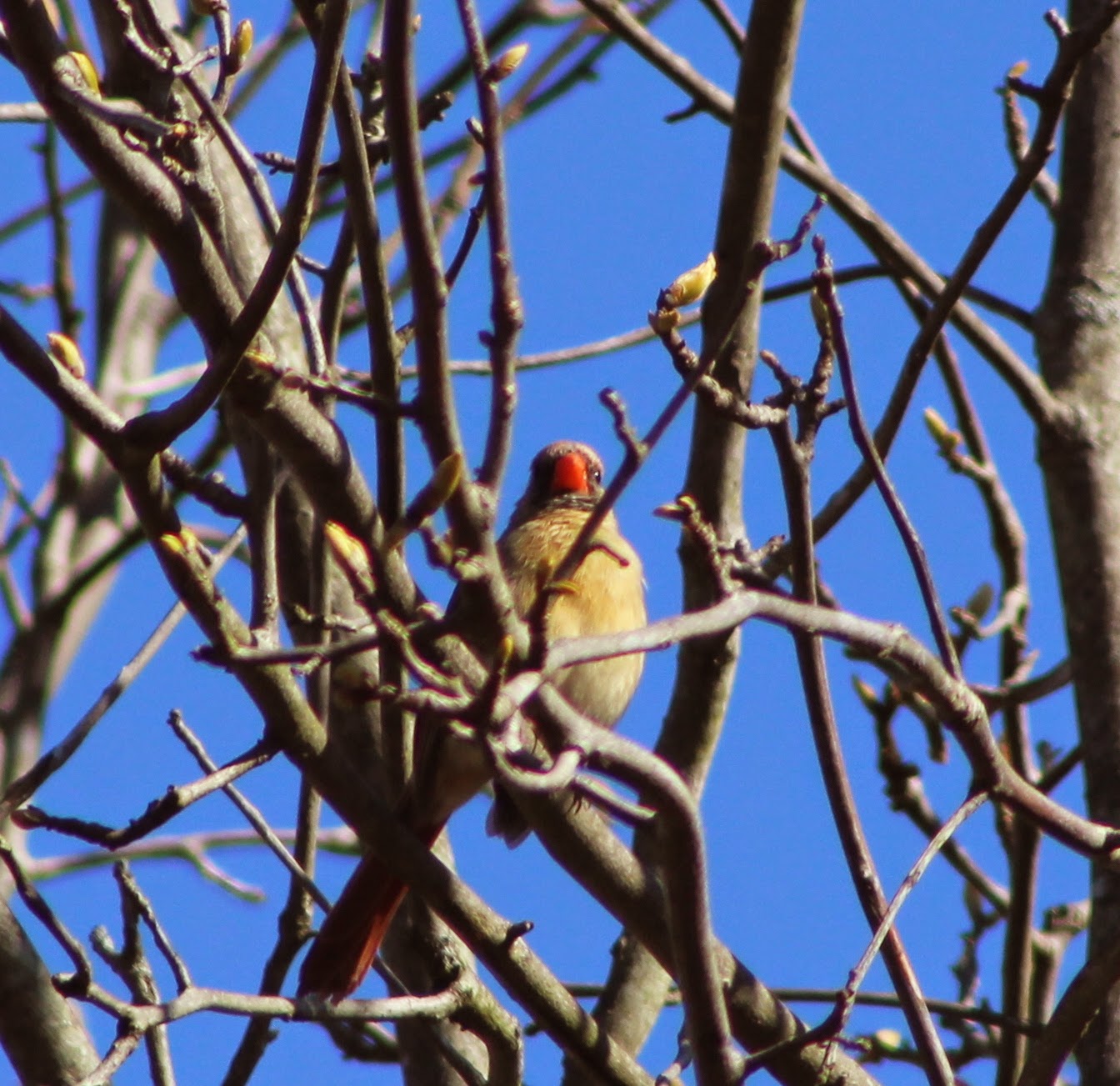 (This one was high in the tree.) 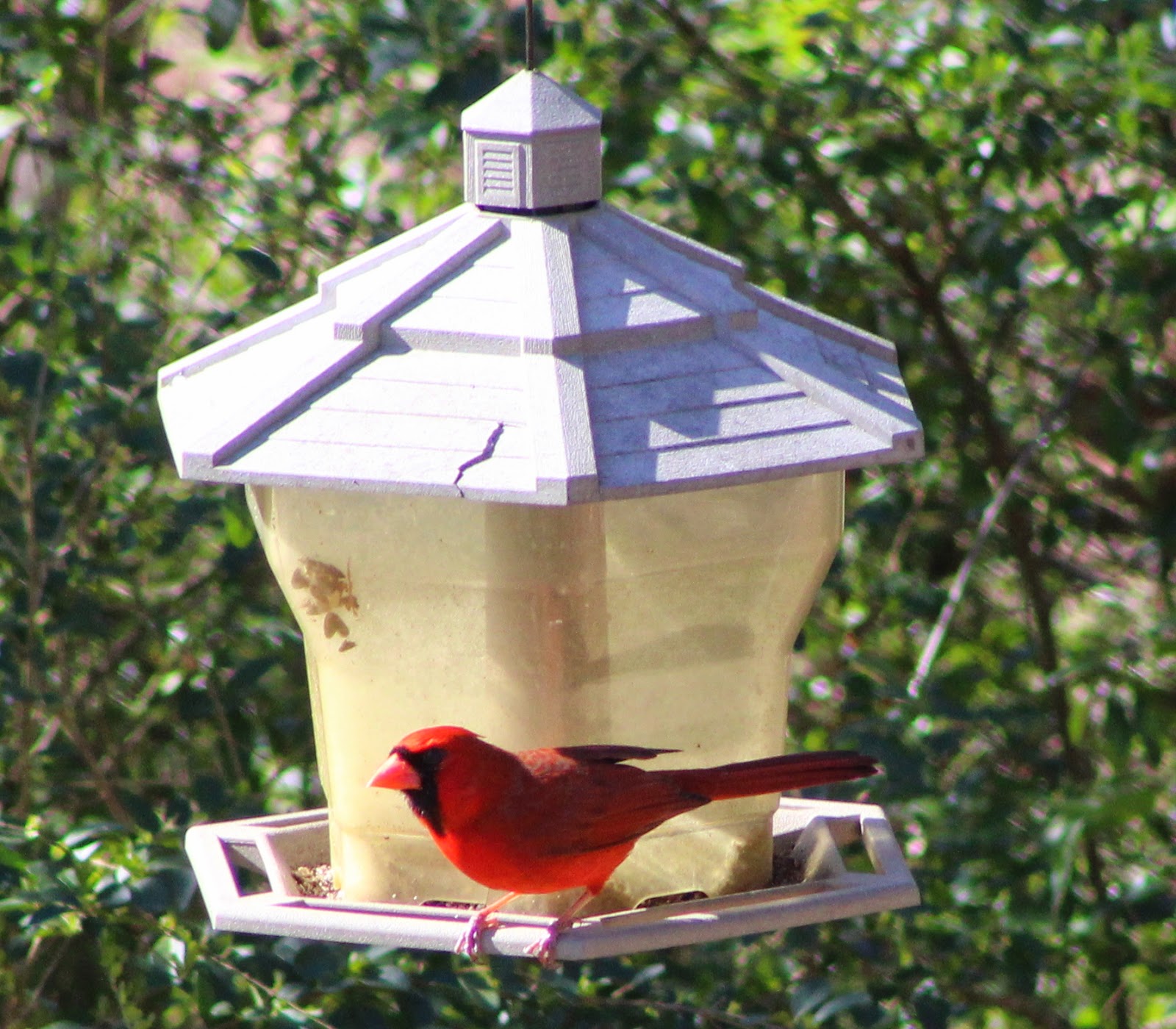 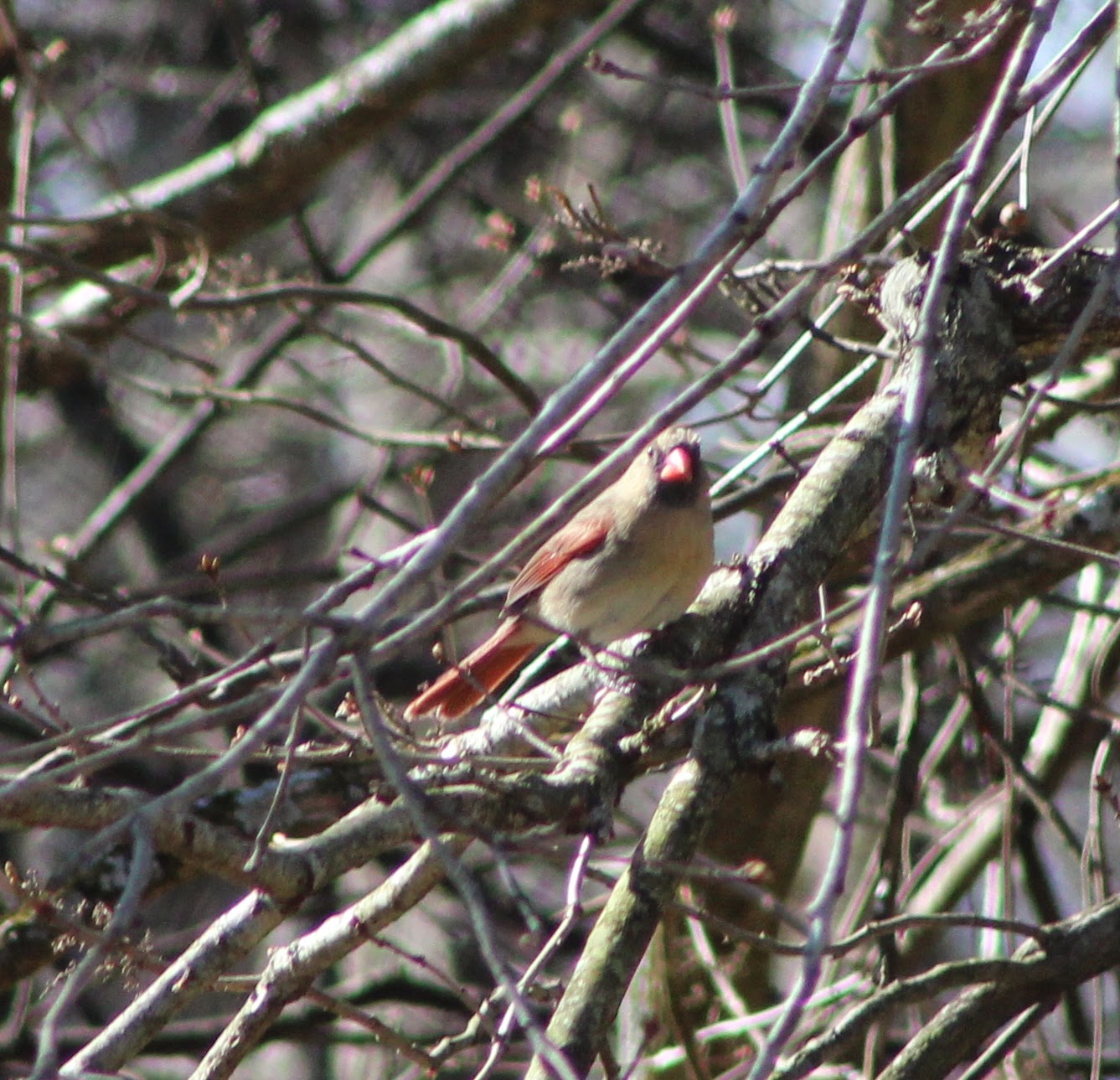