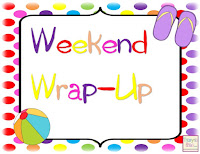 Time to get back into the blogging groove!
The highlight of the weekend was Saturday.  CH wanted to take me to this place called Buck Bald in the Cherokee Forest. He's been there many times on the motorcycle, but I had never been. It's really just a clearing on the top of a mountain where a fire tower once stood. The tower is gone; there are a couple of picnic tables. We had the area to ourselves; it was so quiet you could hear the wind. I packed a lunch for us, so we had a nice little picnic with this view: 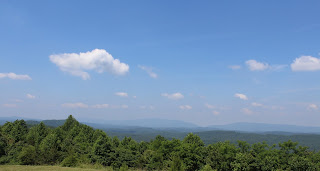 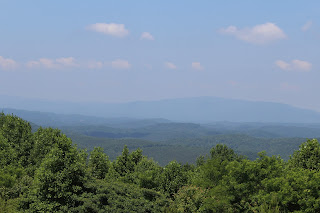 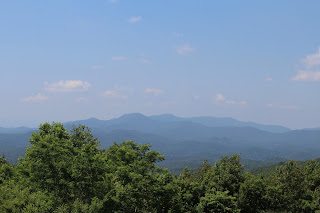 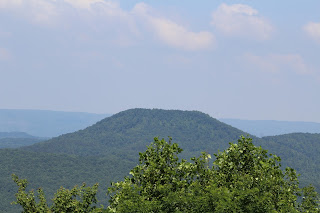 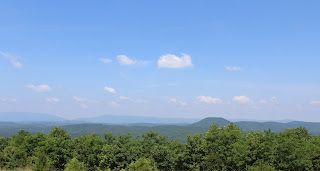 Unfortunately, the day was hazy, so the view wasn't as clear as it could have been, but the 360° view was still stunning. There is still a concrete marker that may have been for the fire tower. CH said that one time when he was there, he saw a couple of military helicopters hovering over the spot. He said he could see some of the guys with a map, pointing to the marker, so he thought it may be now be a landmark for aircraft. 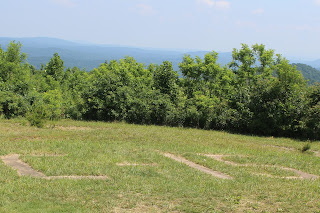 On the way, I saw a sign for Conasauga Falls, so we stopped on the way back for what we thought was going to be a nice little hike. And it was...on the way down. Coming back up was a completely different story. The sign at the beginning of the trail said it was 1 mile, but I swear it was more than that, and we didn't go down the whole way. 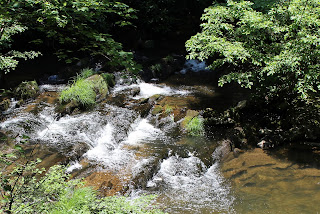 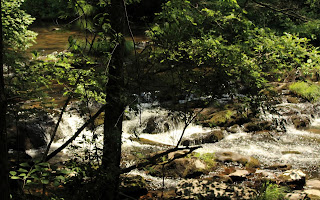 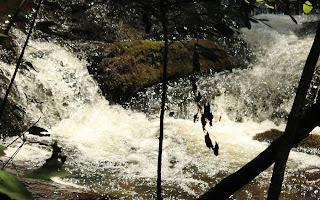 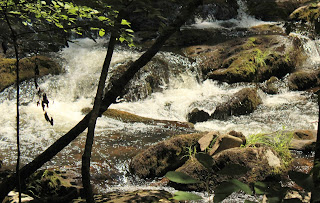 I saw a couple of interesting things on the trail: 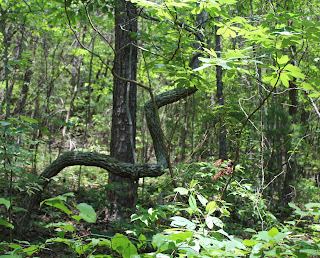 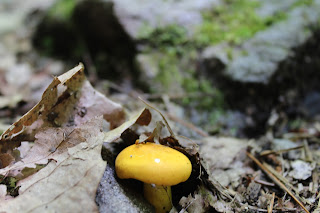 We stopped for ice cream and saw this gigantic frying pan: 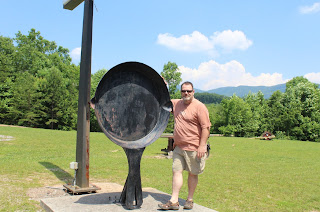 After we got home, we rested for a while, then CH grilled brats for supper. I mixed up some Tennessee Tea. CH had some at a local restaurant, so I got the ingredients and tried it..and it was just what we needed after the day we had!
Never in my life have my calves hurt as bad as they did on Sunday! I really had trouble walking around, so I spent most of the day recovering relaxing.
Now it's Monday. Time to get my rear in gear and actually do something productive around the house!