BIG news: IT RAINED!!!  Not just little sprinkles, but a big, soaking, honest-to-goodness RAIN! The downspout got a much needed workout: 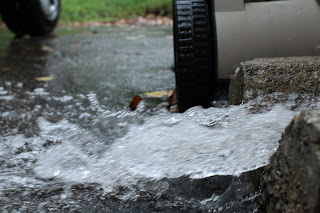 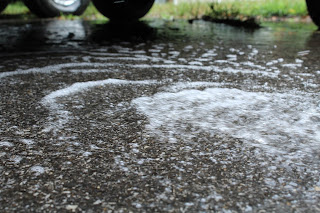 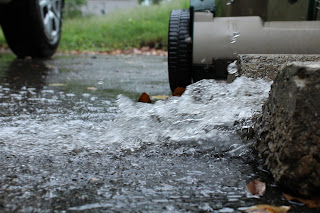 Friday, I met a friend for lunch. It's so sad, but we both live in the Small Town and hadn't seen each other in a few years! Her oldest son played soccer for the high school when MS was playing, and since MS graduated, I've only run into her a couple of times. So sad that we get caught up on our lives that we don't have time to see friends! We ended up with an almost 2 1/2 hour lunch, but I think we got caught up on everything.

Saturday, CH & I  took everything (except the easy-up) out of the camper so CH could bomb it  before our trip to the Outer Banks. We don't want a repeat of the ant day that we had over Christmas Break during our Key trip. We spent some time re-organizing our cooking totes. YS & his girlfriend ate dinner with us, and we just took it easy the rest of the day. Since FreedomFest was going on, there were fireworks that night. We were able to see some from our back porch. 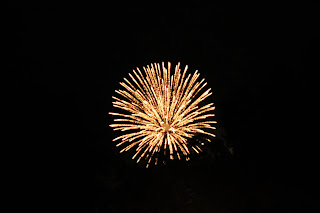 I played around with my camera before the fireworks. When I first went out, I caught this picture: 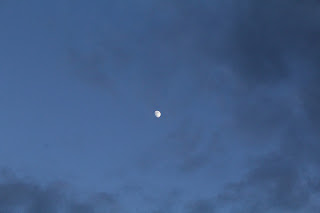 But then the sky changed & I got this one: 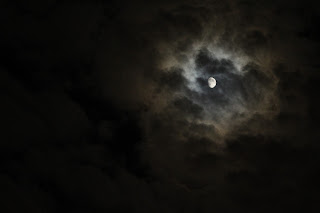 Sunday, after Mass, I vacuumed out the camper and CH put everything back in. CH played around with his new "toy". 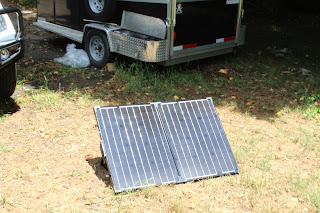 According to him, it's a 100 watt solar panel with built in charge controller. My BIL was quick to point out that it's a "tool", not a "toy"! We're staying at a campground in the OBX that has electricity, but it will be a good time to try it out to see just how it works. That way, when we're in a campground that doesn't have electricity, we'll still be able to charge up our battery. It will give us more options when we go on a bigger trip. We hope to go out west in the next couple of summers. We're getting excited about our trip...sharks & all! :)
How was your weekend?
Email ThisBlogThis!Share to TwitterShare to FacebookShare to Pinterest
Labels: camping, CH, fireworks, Weekend Wrap-up, YS