Since Mrs. 4444 hung up her Friday Fragments' hat, Traci at A Star in My Own  Universe has bravely stepped up and taken over.

~Busy weekend in the area: there's a festival called Hops in the Hills and Small Town's Freedom Fest is going on. Sounds like a good weekend to stay in the house...or go to the big city!

~ I got sucked into The Bachelorette on Monday. I'm super creeped out by Nick. from last season's stalking to this season's weaseling to get on the show, he's just creepy. Were the guys that boring that they had to let him back on? And why is the girl not getting it? *shudder*

~ I started reading a YA book The Doom Machine, but I just can't go any further. I have no idea why I even bought it. I usually force myself to read books I'm not crazy about, but I just can't do this. Aliens that look like spiders...yuck.

~ I ran over to one of my schools last week to put some stuff up. I looked at materials that I made over the past year, and it hit me: I'm hoping to retire in 10 years...why am I spending so much time buying and making new materials? I should be on the down-slide and not being so encompassed with trying to keep up with the young ones. I'm planning on taking the rest of the summer to take a good hard look at what I'm doing.

~ A few pictures from our "Field Trip"during the photography class I'm taking:
(click for larger pictures)
The light wasn't great, but we did find some reflections to use as subjects: 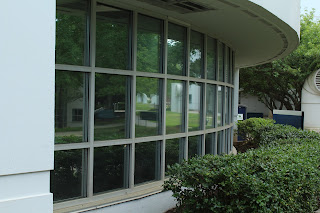 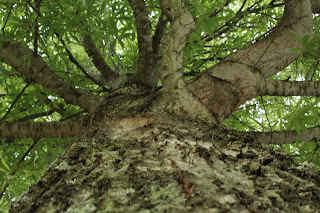 In the reflection, I saw the kayak in the back of the truck & thought of OS! 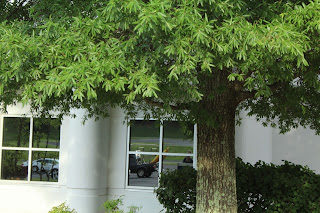 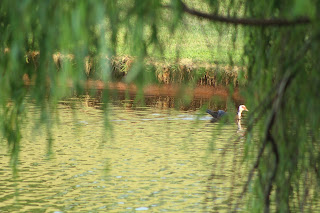 And, courtesy of google + animation:

~ I saw this guy in the park earlier in the week when I was walking the dogs: 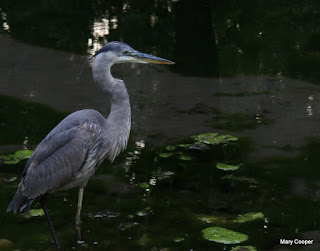 After I took the dogs home, I grabbed my camera and went back to the park to snap some shots. I saw him again this morning, but in a different part of the park.

See what everybody else is fraggin' about at A Star in My Own Universe.