Joyce came up with some more great questions for this week.  I can't believe March is already (almost) over!
1. April rolls in at the end of this week and in celebration of that infamous date (April 1st) answer this question-What is something foolish you've done?
1?  You only want 1 thing?  I'll go with this:  There is a bridge in the small town that everybody paints.

During our rivalry week when I was a Junior in high school, I went to paint the bridge after band practice.  I used my car key to attempt to open the spraypaint can and it broke off.  Here's the thing:  I wasn't suppose to be at the bridge; I was suppose to go straight home after practice.  What did I tell my daddy?  I told him it broke off when I was trying to unlock the car door.  He didn't question it, but I have a feeling there's no way he believed me.  My daddy is a pretty smart man.
2. With April comes Easter and that classic edible treat known as Peeps...so tell me...what's your favorite way to fix/eat chicken? That wasn't what you were expecting, was it? I 'fooled' you. teehee.
I like chicken just about every way.  I don't know that I have a favorite.
3. What's the best museum you've ever visited? Or your favorite? Or the one you'd most like to visit?
The Holocaust Museum in DC.  Mindblowing.  I think that's the best one I've been to.  Although, the Museum of Natural History in NYC was pretty awesome, too.  There are a couple of museums in the big town next to us that are free that I need to explore.
4. You know what they say about April showers...what's your preference-a shower or a bath?
Shower.  When we lived in SC I would take bath every now and then, just to soak.  I've never even taken a bath in our current house.  Maybe after we get the tub refinished.
5. "Absence makes the heart grow fonder"...fact or fiction? Why?
I think it depends.  If it's true love and not just an infatuation, I think it does.  When CH was at Army Schools, it definitely made the heart grow fonder.  However, there have been a couple of guys that I dated that would make me think it's fiction.
6. What's your favorite product made/grown in your home state/province?
Hmmmmm.....Jack Daniels?  Just kidding, I don't drink the stuff.  I would've said Saturn cars, but they aren't making those here anymore, and I don't drive a Saturn anymore.  Here's my final answer: 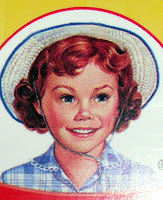 Of course it was going to be something that has to do with food!  CH is convinced that the oatmeal pies are keeping his cholesterol down!  My all time favorite is the Swiss Roll, but this new one is catching up: 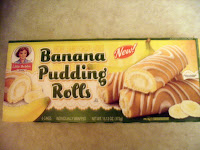 7. What is going on in the world today that affects you the most?
All this stuff going on in the Middle East causing the gas prices to sky-rocket.  Ridiculous.  We don't even get most of our oil from there, so why in the world are the prices so high?  I couldn't believe how much it cost me to fill up my tank the other day.  Craziness...just pure craziness.
8. Insert your own random thought here.
This isn't a great picture, but this is what I saw yesterday afternoon when I took the girls out:

I just happened to look up and see it.  I don't know if  it's really called a rainbow or something else, but it was pretty cool.
To see how everybody else answered or to join in and link up, go visit Joyce.
Email ThisBlogThis!Share to TwitterShare to FacebookShare to Pinterest
Labels: Wednesday Hodgepodge