I took a few pictures yesterday.  As I went out to get one of my students from recess, this was the view the kids had while playing: 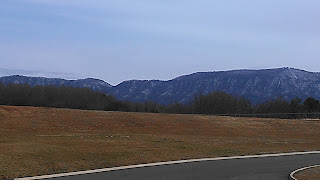 And, as I left the school, I snapped this shot: 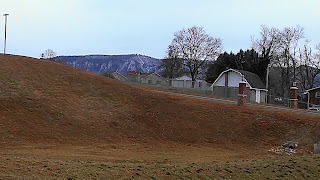 I got an email from a friend who said her initial thought was "How cute.  She thinks that's snow."  Of course, she lives out in Colorado, so she can't fathom that a dusting has the potential to cause delays and closures!

I have the luxury of having a smartboard in my room at my "new" school.  I'm not sure if it even works like it's suppose to.  I need to read the Dummy Book and see if I can figure it out!  This is what I used it for yesterday:

I try to make my life easier by doing the same activity for both schools, so one drawback to having a smartboard there and not at my "old" school is that I have to do a different activity there.  Which means more planning.  Okay, not really.  It just means pulling out another activity and having those students do something different.

We have a new obsession at my house:

Dark Chocolate is suppose to be good for you, and pomegranate and goji is full of antioxidants, so I'm not really eating candy, right?  I had never heard of "goji", but here's what wikipedia says:
Since the early 21st century there has been rapidly growing attention for wolfberries for their nutrient value and antioxidant content. They have been termed a superfruit, which has led to a profusion of consumer products.
So there you have it.

I thought today was this little girl's birthday:

Her birth mother's owner had to shoot me down and let me know that her birthday is 12 March.  Turns out she shares a birthday with her Aunt, my SIL.  With her being such a diva and all, I think she's going to celebrate her birthday for at least a week.

So, this post turned into quite a fragmented post.  But, it's my blog and I can do what I want, right?  :)
Email ThisBlogThis!Share to TwitterShare to FacebookShare to Pinterest