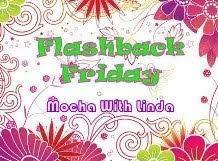 What type of extra-curricular school activities did you participate in during your school days? Clubs? Spelling bees or other contests? Cheerleader or drill team? Sports? Journalism? Choir or theater? Were there any memorable events related to those? Did you receive any awards? Were football games a big deal at your school? Did you usually attend - and was it with a group or as a date? What was Homecoming like?


When I was in elementary school, I was the school champion for the spelling bee.  That meant I got to move on to the county-wide spelling bee...in front of a lot of people.  I don't know if I've mentioned this, but I'm not a "get in front of people" kind of person.  So, yeah, I pretty much was out in the first few rounds.  I played basketball in elementary school, but mostly sat on the bench.  Which was fine with me, because I don't like to get up in front of people and perform.  In jr. high I started playing tennis.  I was okay; not great, and definitely not a natural.  But I really enjoyed it.  I continued playing in high school, and ended up being #1 my senior year.  But that was because the best player in school didn't play.  She's been mentioned in some of my posts before:  the "mean girl" from my class.  She was good at everything she tried.
I started playing flute in the band when I was in 5th grade, and continued band actually through college and even beyond.  There are so many stories from band trips to tell!  There was the time we were going to a band contest a couple of hours away, but the venue had to be changed to inside because there were tornado warnings out.  (Which is kind of unusual for our part of the country)

Then there was the contest we went to when it had been raining forever.  One of the trombone players lost his shoe on the field, and one of the rifles had her rifle hit her in the eye near the beginning of the show.  She stayed on the field and marched the show with her hand over her eye.  I was a band officer my senior year, and was given the "John Phillip Sousa" award at graduation.  At graduation, I also received the Spanish Award.
I was looking through some old scrapbooks a couple of months ago, and found a newspaper clipping.  The Y-Teens at school donated a book to the library.  I have no recollection of that event happening, but I must've been involved because I'm handing the book to the librarian!  I do remember going to some awesome Y-Teen dances, though!
Football games were a huge deal my sophomore-senior years: we won the state championship 3 years in a row.  One of the championships was played (you guessed it) in the rain.  It had been raining for about a week, and the field was soaked.  Our rival school (which is about 10 minutes from where I went to school) was also playing in the state championship for their class.  (This was when the state championship was played at one of the school's home field...now it's played at a neutral site.)  Their field was in a lot worse shape than ours, so they asked if they could play their game on our field.  A helicopter was brought in to dry the field the day of the game.  We played our game first (since we were a really small school), then they cleared the stands and made everybody leave the stadium.  Then, people who wanted to see the other game paid as they came back in.  Homecoming has never been a really big deal at the high school.  The big thing was the homecoming queen, but even that had some drama to it.   If you know anything about me, you know I don't like  drama.
Then there was AFS...American Field Service.  If you don't know anything about AFS, it's a student exchange program.  This was the club to be in during high school.  We hosted a foreign exchange student, but the big draw was the yearly big short-term exchange.  My sophomore year was with Hingham (Ma.) High School,  junior year it was with Mayo High School in Rochester, Minnesota, and my senior was with Gloucester (Va.) High School.  We went up for a week, stayed with a host family,  went to school with our host brother/sister, and did some sight-seeing.  Then, about a month later, they would come down and stay in our houses, go to school, and do some sight-seeing.  There may have been some shenanigans on the trip, but, me being the rule-follower I am, I did not partake in them.  I was too afraid of getting in trouble and getting suspended from school to do anything.
That's pretty much all I was involved in during my school days.  I stayed busy and had a lot of fun, but I was ready to get out of high school and get on with my life!
Join in with Flashback Friday and Follow Friday 40 and Over...Don't forget to link up!
Email ThisBlogThis!Share to TwitterShare to FacebookShare to Pinterest
Labels: band, Flashback Friday, follow friday 40 and over, football, high school, tennis