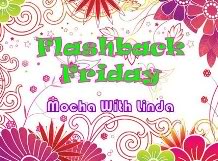 Did you and your family watch the Olympics when you were growing up? Which was your overall favorite - summer or winter? Which individual events were your favorites? Since blogging is international, which country did you cheer for? Have you ever been to an Olympics or known anyone who competed? What are some of the hallmark memories of the Olympics that you remember? Did the Olympics ever inspire you to take a certain sport (or practice more!)? Do you prefer watching them the old way when everything was delayed in the days before 24-hour cable and internet? Do you watch them more or less today than you did when you were growing up? What about the Special Olympics? Have you ever had any involvement with them?

Oh, how I used to LOVE the Olympics!  Summer, winter...it didn't matter.  The athletes were so incredibly awesome, competing for their country.  And, they were all amateurs!  Amazing!  During the Summer Olympics, my favorite sports were gymnastics and diving.  In the Winter:  ice skating and downhill skiing.  I loved how we would spend evenings around the tv, cheering on our athletes.  I think they have lost a little bit of their luster now that they're rotating every 2 years:  Last year was the winter, in 2 years it will be the summer.  And, the professional athletes have taken away from the excitement, too.  Remember Nadia Comenici?  And Mary Lou Retton?  And Tai Babylonia and Randy Gardner?  You've gotta remember Dorothy Hamill!
I don't know anyone who has competed in the Olympics, but supposedly my MIL was on the Danish Olympic Swim Team until some kind of muscle problem kept her from training.  What an honor it must be for those athletes to be selected to represent their country.
You would think, with my profession, that I would have some involvement with Special Olympics.  I did go to a regional event when we lived in SC.  Since they are held during school hours, I don't get to go.  The special ed classes at school participate, but since most of my students are in the regular ed classroom, I have to stay back and actually do what I'm getting paid to do.
I always thought it would be so incredibly neat to hang out in the athlete's village.  I envisioned the athletes mingling and sitting around playing cards with athletes from other countries.  I realize it's not really like that, but that's just how I thought it was.  Especially for the winter olympics.
The Olympics haven't been without their tragedies, either.  The Munich Massacre in 1972.  The bombing incident in Atlanta in 1996.  And, most recently, the luger who died during a practice run last year.
Although politics shouldn't play a part in the Olympics, we all know that they have been the reason for boycotts throughout its history.  I always felt so badly for the amateur athletes who trained their whole lives to be able to compete in the Olympics, just to have that taken away from them by the leaders of their countries.  I don't think I would feel quite so badly now, since so many professional athletes are participating.
I could go on and on about the Olympics.  They definitely aren't what they were when I was growing up.
Email ThisBlogThis!Share to TwitterShare to FacebookShare to Pinterest
Labels: Flashback Friday