Where do I even begin to talk about the food & drink we had on this trip?  We didn't have a bad meal until we got to the hostel on Sylt, and even then it wasn't really bad.
Our first meal consisted of schnitzel & potatoes at the hostel in Austria.  We're talking homemade, y'all!
We had schnitzel several times, including some at a little bistro in Kölleda: 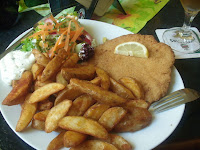 The bistro was really cute: 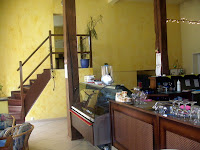 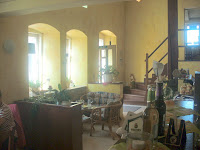 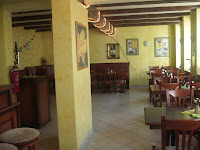 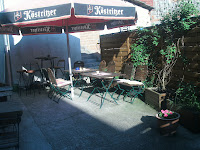 We had street Bratwursts:

I had Nuremburg Sausages, sauerkrat, slaw, and a pretzel in Munich: 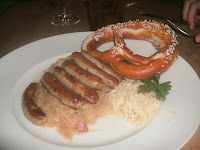 And a couple of the kids were brave enough to try something very different  than what they're used to:

Berlin gave us "Curry Wurst", which was surprisingly good!  When I tried it, it was a sliced sausage with a ketchup-based sauce & curry powder sprinkled on it.  This was paired with french fries (pommes frites) with mayonnaise.  (But, it's not like our mayo...it was really good!)

Spargel (asparagus) was definitely in season.  It was everywhere!  I had a taste of the white asparagus with cheese, and it was quite good.

Spätzle:  This isn't my picture, but we had this a few times.  It was a little bland; I think it would've been better with some kind of sauce on it.

Kartoffelpuffer (potato pancake) is another food that I had a taste of that was very good.  (Again, not my picture!)

This isn't my picture (again!), but we did have frikadeller at least a couple of times, both in Germany and in Copenhagen.  These were delicious! 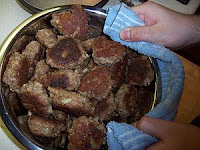 Some of us had "Kaffee und Kuchen" at the Bach Haus. 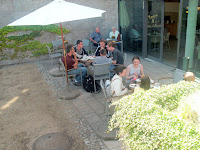 I didn't have one of these, but they were too pretty to eat anyway! 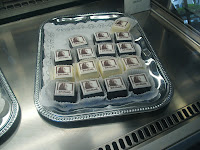 When we dipped into Tønder, Denmark, the kids (and the adults) lined up for Danish hotdogs, which are out of this world! 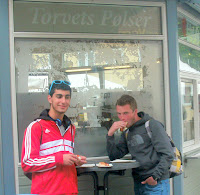 We also indulged in a "softis", which is soft ice cream, but it tastes kind of like whipped cream, too.  Very good!
And, what else would you have in Hamburg but a Hamburger steak? 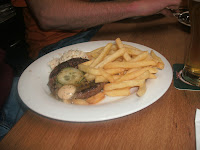 Then there was the drink!  We had mead (honey wine) out of a giant horn during our medieval meal in Eisenach:

Our first beer in Germany (it only took about 8 hours!):

Each town/village in Germany has its own beer, so of course I had to try as many as I could!  Here's a collage of most of the beers I tried: 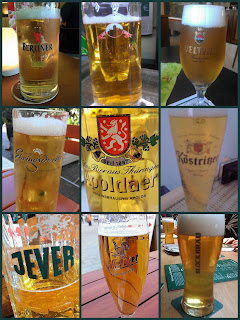 The only one I didn't like was the Jever; it had a bitter taste to it.
This dog was so well behaved, laying and waiting for its owner to get through with her meal: 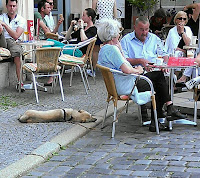 If we're talking Germany, I can't forget the German Chocolate!  We I stocked up on RitterSport (all different varieties, but our favorite was Yogurt), and Kinder.  The last time I was in World Market, I noticed that they carry Kinder, so now I know where to go to get my German Chocolate Fix! 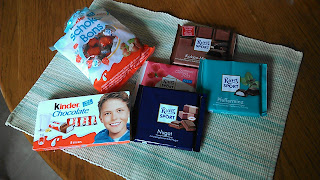