I'm taking another little break from my Germany round-up to participate in the Hodgepodge!  Check back on Thursday for Eisenach!

1. July 24th is Amelia Earhart Day.  Earhart was the first female to fly solo across the Atlantic Ocean.  What's something you've recently accomplished solo?
This wasn't exactly solo, but I managed to get YS, one of his friends, and myself from Hamburg, Germany, to Copenhagen, and then back home with crazy things happening
.
2.  What's one product you use that never ever fails?
I've had to think long & hard on this.  To clean my floors (we have hardwood just about throughout the whole house), I use the Bona System.  I vacuum, then use this to dust: 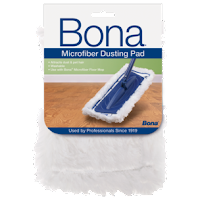 Then, I use this to actually "mop" the floors: 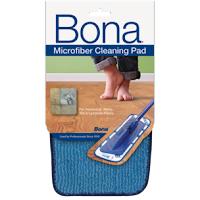 It really is amazing and leaves the floor looking "spic & span"!  Even if I just vacuum and then dust, the floors look pretty good.

3. Have you found your place in the world? Where is it?
I think as I go through the different stages in life, I find myself rediscovering where that place is.
4.  Worst movie you ever saw?
Black Swan.  I'm just saying this because it's the latest worst movie I've seen.  It was one of those movies that you had to keep watching to see if it was going to get better.
5. What's the last fun thing you did?
Alpine Coaster in Imst, Austria.  It was absolutely, hands down, the most fun I've had in an awful long time! 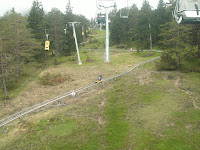 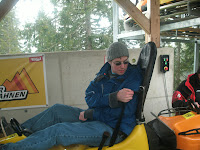 7. What is one piece of advice you'd offer new mom Kate Middleton?
Sleep when the baby sleeps.  Although, if she's tired, I'm sure one of her nannies will take care the baby!
8.  Insert your own random thought here.
CH & I camped over the weekend.  We made it a long weekend, since YS had freshman orientation on Monday & Tuesday nearby.  I went with him on Monday, and by the end of the day, he said he didn't think that was where he belonged.  We talked, went out to dinner with CH, and talked some more.  This is such a hard decision for a young person.  In the end, we told him that it was ultimately his choice and that we couldn't make it for him.  We told him that we would support him no matter what he decided.  Since he really doesn't know what he wants to do, he decided to go to his decision to go to the community college, and work part-time.  I completely support him on this, because, to be perfectly honest, while I was sitting in orientation, I just kept thinking, "I'm not sure this is the best place for him."  I just didn't get a good feeling about it.  They kept telling the students that they're going to need help that first year, almost like they were trying to scare the kids.  When you have a young person who isn't completely sure about a lot of things, that would totally turn him off of going there.  The people who spoke didn't seem real positive or even real happy to be there.  It was such a different feeling than when OS went to college (which was a different school).  So now, YS is in the process of registering for classes at the community college, finding a job, and getting his lottery scholarship transferred over.  It's going to be completely different with him venturing into a new kind of independence:  I've told him that I will not be making sure he's up for class/work; I'm going to do my best to try to make him feel that he's gone away to college.  And, with any luck, after a year or 2 he'll realize that he wants to go away for school, and CH & I will have the house to ourselves!  (Okay, I'm kind of halfway joking about that last statement!)
Email ThisBlogThis!Share to TwitterShare to FacebookShare to Pinterest
Labels: Wednesday Hodgepodge