After we left Eisenach, we traveled by bus to Buchenwald Concentration Camp.  That deserves a post all on its own, which will be next week.  (PROMISE!)

After a couple of hours (not nearly enough time!), we boarded the bus for a relatively short bus ride to Kölleda.

Kölleda is a small village where the kids had their homestays.  Each student stayed with a family for 3 days.  MN & I spent one night there, so we only had a few hours to look around.  When I wrote this post, I checked the town's website and realized that we missed an awful lot of stuff!  That's why I like to look online at what's in a town before I get there.  Oh well, what we saw was nice.  First, we went to the school so the kids could meet up with their brothers/sisters for the weekend. 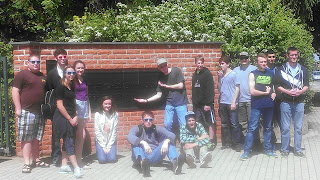 One of the teachers drove MN & me to our hostel/pension, where we settled in and set out to scope out the town and get a beer.  Hey, it was a new town, so it was a new beer!

Kölleda is an old village, being mentioned in 786.  It has a population of around 6,000 people, which makes it a little smaller than the Small Town.  As with most German towns/villages, there is a town hall: 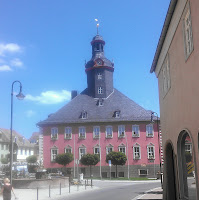 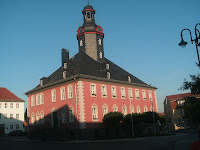 And, as in most German towns/villages, there is a fountain in the town square: 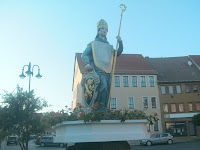 Kölleda's official website indicates that the fountain was built in 1584.  Apparently this is the only St. Wigbert (also known as "Wippertus")  monument in Germany.  St. Wigbert was a monk and disciple of St. Boniface who traveled to Germany to convert the people to Christianity.

MN & I ended up just strolling around the town.  It was a pretty little town: 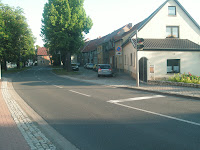 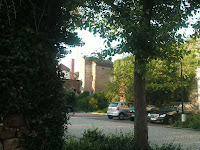 They have a volunteer fire department: 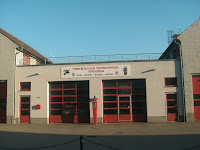 This cross was near the town square, but I couldn't find the significance of it being there: 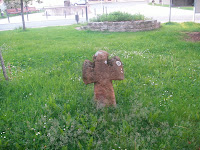 And, as in many European houses, there were flowers in the windows: 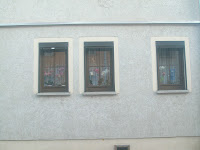 The next morning, the teacher met us at our hostel/pension and took us to school.  We spent the day with the kids, who taught classes.  The best class was the 6th grade class.  They were young enough to enjoy playing 'the telephone game' (in English). We did get a tour of the school.
They had a little outside courtyard: 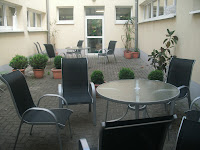 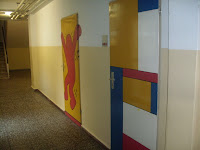 One of the classrooms...I think this may be the art room. 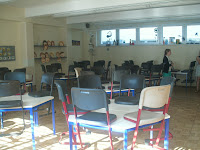 The school is an "arts & sciences" school, so there was artwork all throughout: 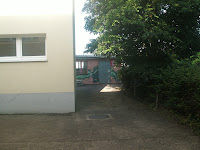 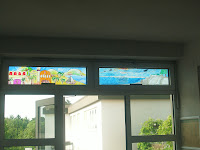 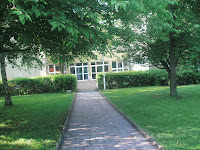 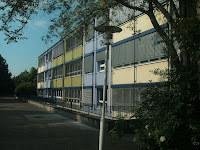 The teacher is a huge ping-pong player, and is somewhat of the "coach" of the school: 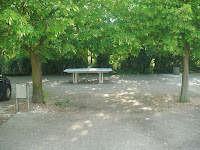 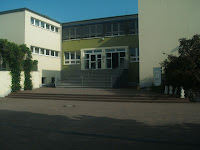 This is the younger sister of the boy that MS stayed with when he went on the trip: 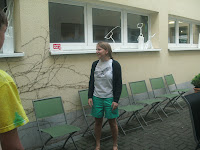 I saw a student (who was not hosting one of our students) with a Tennessee shirt: 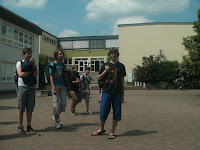 Right after school, MN & I were on our way to our own little adventure...away from the kids!  Come back on Monday to see how we did on our own!