It's time to dive head first into my trip recap!  I'm not sure if I'm completely ready, but here it goes!

We met at the airport at 4:30 a.m. for our 6:30 flight to DC.  Once we got to DC, we had an enormous layover, so, after we waited for a young man from Tampa to join us, we left the airport and went to the Air & Space Museum Annex.  It was pretty cool to see the Space Shuttle, but other than that, I think I've seen most of the aircraft (or some similar) at the Army Aviation Museum near my in-laws' house. 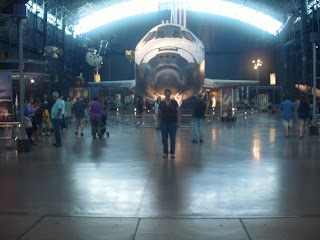 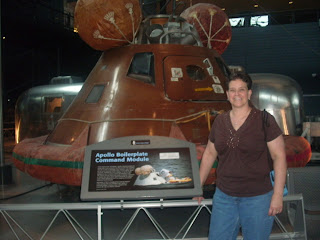 Since we left the airport, we had to go back through security.  Everybody got through without any hassle, but YS did have a tiny bit of a delay.  Apparently he hadn't worn his jacket since last Labor Day, when he had his first shooting lesson while we were camping with friends.  He had an empty bullet shell in one of his pockets, and it showed up while his bag was going through the x-ray machine.  Wonder why they didn't catch it when we left our home airport?
The employee said something to YS, and they started laughing, so I guess it wasn't that big of a deal.  I told him to go ahead and throw it away before we went any further.

The flight to Munich was uneventful.  Once we got there, we hit the ground running.  It was 8:00 a.m. when we arrived, and we had a bus waiting on us.  Most of the kids slept once we got on the bus, but I didn't want to miss a thing.
The view as we left Munich: 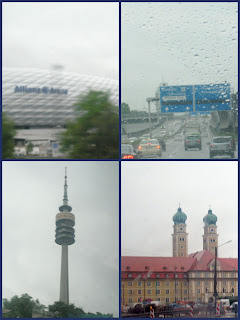 The scenery was just beautiful as we made our way to our first stop: 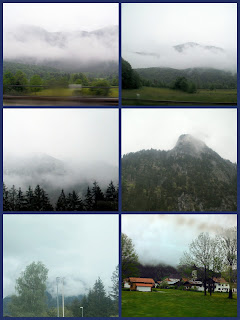 Our first stop was WiesKirche.  To read about the history, click here.  It is a story worth reading.  This church is in the middle of nowhere, and from the outside, it doesn't look that spectacular. 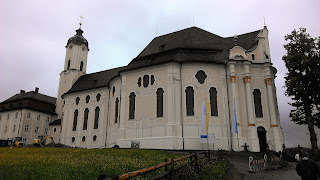 But once you step inside, there are no words to describe it: 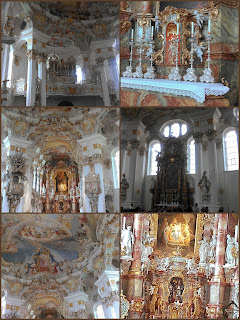 These pictures just don't it justice.  It was just amazing.  And, we got to hear some music while we were there.
If that wasn't enough, the view from the outside of the church, when I looked around to the other side: 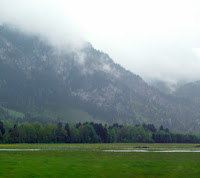 We loaded back on the bus, and went to Neuschwanstein.  This is the castle that Cinderella's Castle is based on: 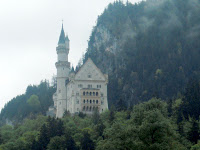 Halfway up the road to the castle, I was really wishing that I had opted to ride the bus up.  It was a long way up there, and it was steep.  I had to stop a few times, and my heart was beating a mile a minute!  But, I made it, and the views were spectacular: 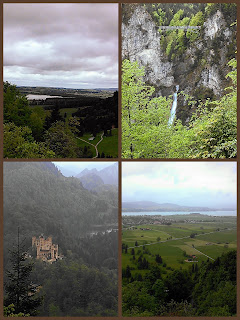 Unfortunately, we couldn't take pictures while we were inside the castle, but take my word:  it was beautiful.  This castle was Crazy King Ludwig's, but he only lived in it for a short while.  In fact, the castle has never been finished.  You can take an online tour here.
Another reason I wish I had ridden the bus up:  In the top right picture, you can see a waterfall with a bridge over it.  The teacher and most of the kids opted to walk back down through the gorge.  3 of the kids rode the bus with me & the other adult (MN).  I had been in Germany for 8 hours, and hadn't had a beer yet!
We crossed the border into Austria and got settled into our Hostel.

(One place I've always wanted to visit, but didn't think I'd ever have the opportunity.)
For future posts, I'm not going to take the trip day by day.  We saw so much and were on the go so  much, I could write posts for a month!
Email ThisBlogThis!Share to TwitterShare to FacebookShare to Pinterest
Labels: Germany