1.  This has to be #1 on my list for this week!  Spending the day with this handsome young man: 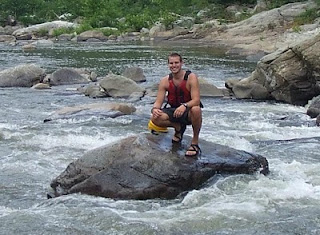 2. A quote from one of the school psychologists from her Facebook Status:
"I'm going to alter my thinking so that instead of looking at this as the last day of summer vacation, I'm going to think of tomorrow as the first day toward next summer break."

3.  An unexpected dinner out.  I bought some chicken that already had marinade on it.  Add that to husband grilling at 500 degrees and what do you get?  WHOOSH!  I looked outside and noticed there was an awful lot of smoke out there!  Good thing the hose was close by!  And, to top that off, when we got  to the restaurant and I opened up the menu, the first thing I saw was:  Crispy Chicken Salad.  I think the waitress thought I was out of my mind when I started laughing!

4.   A quote from another friend on Facebook:
"Some say the glass is half full some say half empty; I say who keeps drinking my drink?"

5.  The last lunch of summer with YS.  I go back to work today, and he picks up his schedule, then he starts classes on Monday.  Where did the summer go?   But more importantly:  when am I going to get in my afternoon naps?


What are your FFF for the week?  Go visit Susanne and link up!   Don't forget to link up at Java's for Follow Friday 40 and Over!

Okay, okay!  This week's Flashback is pretty good, so I've gotta participate in it, too!

What were meals like when you were growing up? Did your mom (or dad) cook (and was it from scratch or from a box?) or did your family eat out much of the time? Did you eat together as a family or was everyone on a different schedule? What did you call meals? (Dinner vs. supper, lunch, etc.)
As a rule, we ate supper together.  In fact, it was  rare when all 12 of us (10 kids  + mom & dad) didn't all sit down together.  We had a really long table with chairs on one side, and a long bench on the other.  At either end there were chairs for mama & daddy.  The older kids got to sit in the chairs, so it was a big deal  as they started moving out and someone else took their place.   Mom did all of the cooking since she was a stay at home mom.  Although, she says that she didn't know how to cook when she & daddy got married and credits daddy with teaching her how to cook.  For breakfast and lunch we were pretty much on our own.  I do remember when I was little, sitting down as a family for Sunday brunch.
What were some of your favorite things that your parent fixed? What did you dislike and vow never to fix once you grew up?
It seems like  we had roast a bunch on Sundays.  I absolutely hated lima beans.  One time, I came to supper with my batman boots, slid them off, and snuck the beans into the slippers.  (One of the advantages to being in a big family...my parents were preoccupied with someone else!)
Did your family have any food traditions, things that were a must on certain occasions (such as Sunday dinners or holiday meals)?
I've already mentioned Sunday brunch.  Holidays were major meals!  Easter:  ham & potato salad, Christmas & Thanksgiving:  Turkey & mashed potatoes.  Of course we had other things; those were just the "main" parts!  OH, and how can I forget Friday nights?  Being Catholic, we either had fish sticks, mac & cheese, and peas OR "Catholic Casserole", aka Tuna Casserole.  It wasn't until we had all grown up that mama found out daddy didn't like fish sticks & peas!  The poor man stuck it out all those years!
Did your parent teach you to cook or did you wing it once you were grown? How similar or different are your family's eating habits today than when you grew up?
I pretty much winged it after I got married.  Mama was never farther than a phone call away, and she got plenty of calls!
We eat together as a family as much as we can.  That may mean that we eat later or earlier than usual, but we think it's  very important to come together at least once a day.  We eat out some...when I was growing up we never ate out.  I think I was in jr. high before I had ever even been to a fast food restaurant.  When I was in jr.high or high school (I don't remember exactly when this happened), daddy's job changed in the company and he switched shifts every week or so.  When he was on night shift, that was "hamburger week"!  It gave mama a little big of a break from cooking, and gave us a rare treat!
When people I've known for most of my life reminisce about coming over to our house, they always talk about the long table with the bench against the wall.  And the noise.  We were happy eaters!