I have so many pictures from this weekend, I think I'm going to have to separate out the posts to keep everybody from being bored with 1 long post!
Let's start with Thursday evening.  On my way to flute choir practice, I saw this on a truck: 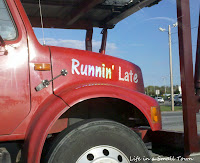 The irony in seeing that was that I was.  Runnin' late, that is.  You would think that since I was on Fall Break I would've been there early!  When I got there, though, our director was just getting there, too, so I wasn't the only one runnin' late!

Friday, CH & I debated on whether or not we should drive 1 hour to the Small Town's football game.  We knew it wasn't going to be a very good game, but we also realized that our chances of watching YS perform are very limited.  So, we went.

YS with his "game face" on. 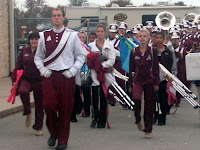 On the field performing:

Before they performed, we saw this gander of geese fly over, but they weren't in a "V".  CH said that their next formation would be a "T" (get it:  for UT). 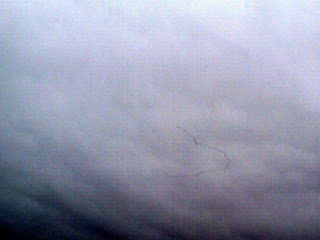 If you've been reading my blog for a while, you may remember a post I wrote on how Small Town High was recognizing Breast Cancer Awareness Month.  Other schools are getting in on the recognition, and the school we played on Friday did, as well.  The football players wore pink socks, and the cheerleaders had this: 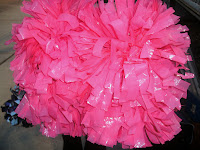 We all know how shameless us bloggers are with pictures!  I asked the cheerleader if I could take a picture of her pom-pom, and she said "sure" without even a funny look.  Wonder if her mom blogs???

Here's a "not-so-great" picture of a water tower that you can see from the field that looks like a UFO when it's lit at night.  Especially if you're driving on the interstate and see it! 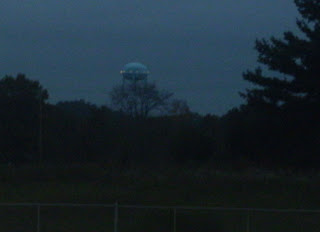 I took a video so you could see a typical YS in the stands during the game.  I've had so many people stop me and tell me that they spend a lot of the game watching him instead of the game!  He really is having a blast this year!
(Please forgive the bad sound quality!)