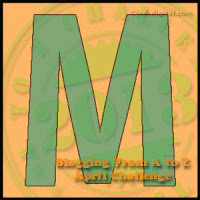 I have to admit, I only learned about the "Mule Barn" a few years ago.  As you can guess by the name, the building housed mules.  Not just any mules, but the ones that worked in the construction of one of the three aluminum plants in the Small Town.  When the steam engine arrived, mules were no longer needed.
The Mule Barn was renovated and used as a school.  I found conflicting statements in the history:  1 place on the Small Town's site said it was a school for black children; the other said it was for white children.  Following more remodeling, it became the municipal building and also housed some offices.
Sadly, the Mule Barn no longer exists.  The building that  houses the Post Office and a bank stands where the Mule Barn once did.  The building stood in that spot from 1913 until 1961.  The first city manager of the Small Town was quoted as saying that the building was built as strong as it was because "the mule was an important member of the construction organization." 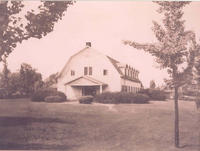