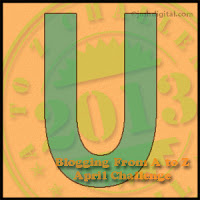 In the Small Town (as in many towns across the U.S.A.), football is king.  We are known across the state as having an amazing football team.  We do go through periods of not-so-great seasons, but for the most part, we have pretty good teams.

So, if we've won all of those championships, why haven't there been more undefeated seasons?  That would be because of the Twin City, a.k.a. "Rival" School.  They have kept us each time (except for 1 season when another bigger school beat us) from having an undefeated season.  That just makes those seasons even sweeter.  MS was able to experience it his Senior Year.

The first time we went to the state championship, some parents from the other team said they couldn't believe someone had beaten us.  Little did they know that the team that beat us was our rival, who went on to win the 4A championship the next day.

In 2009, the state association changed classifications. We believe their intent was to make it more difficulty for Small Town and Twin City Schools to continue winning championships.   During the regular season, there are 3 classes which divide into 6 during the playoffs. ST is the 2nd smallest school in our classification.

In order to find enough teams to play us so we'll have 10 games on the schedule, we have to play bigger schools.  For a few years, we had to go out of state.  The Rival Game has to continue 1) because of the money it generates, and 2) because of tradition.  Even if it means not going undefeated.
Email ThisBlogThis!Share to TwitterShare to FacebookShare to Pinterest