After my last trip to Copenhagen, there were a few things that I didn't do that I wanted to make sure I did  this time.  Like, see the church where my in-laws got married: 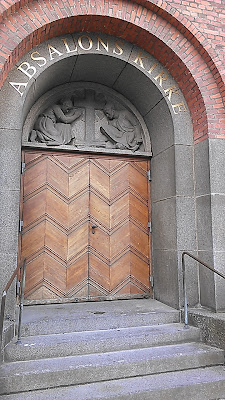 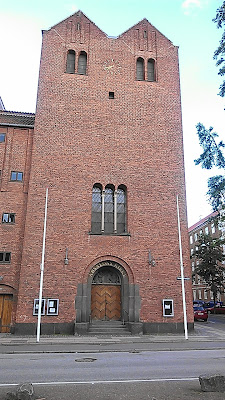 I wasn't able to go inside since it was locked.
I saw where my MIL lived when B first met my FIL: 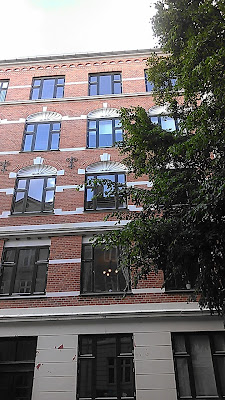 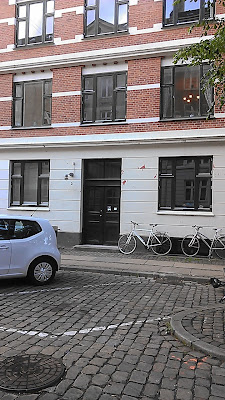 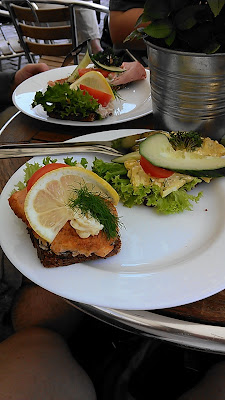 The above picture was my plate.  The front sandwich tasted pretty good; I didn't care for the one in back.  The one in back was kind of an egg salad, but it had quite a bit of curry in it. 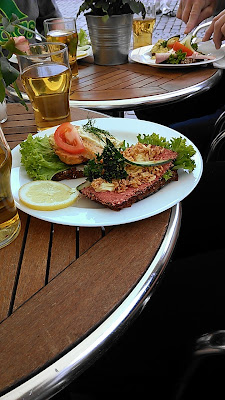 I got a triple whammy:  eating smørrebrød and drinking a beer while sitting in front of a building where CH's grandfather stayed after escaping a ship that had been bombed during the war. And, it just happened to be in Nyhavn. 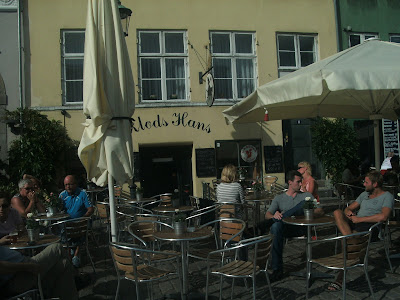 Our view as we ate lunch: 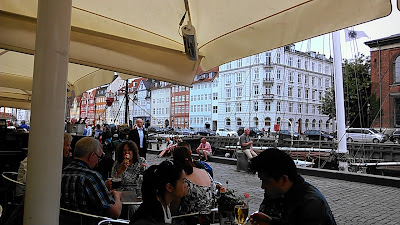 This is one of my best pictures from Nyhavn: 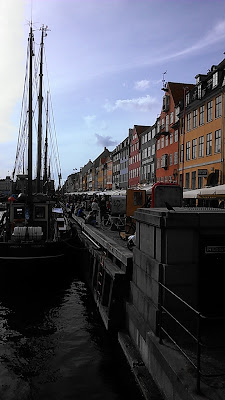 Some additional pictures of Nyhavn: 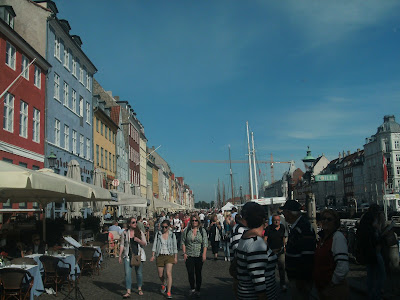 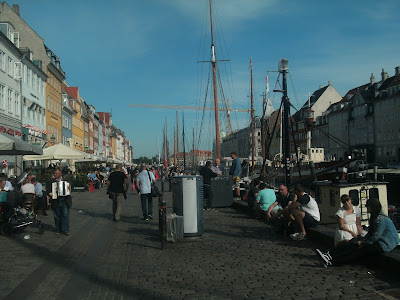 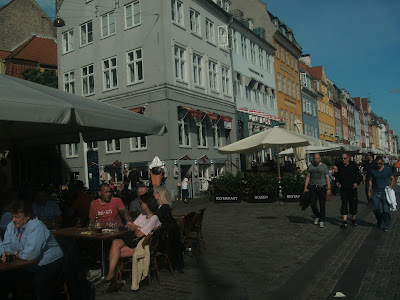 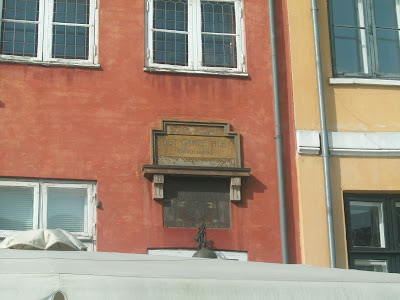 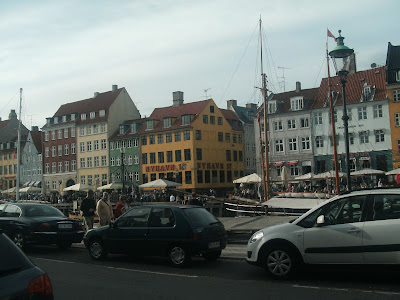 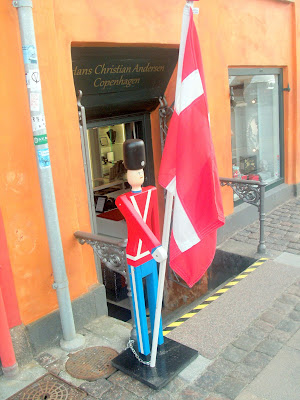 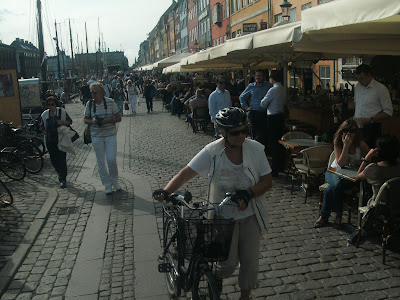 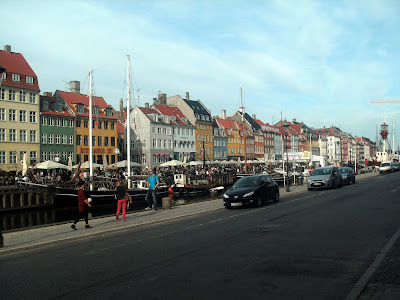 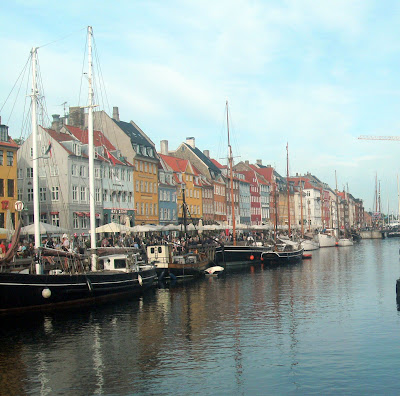 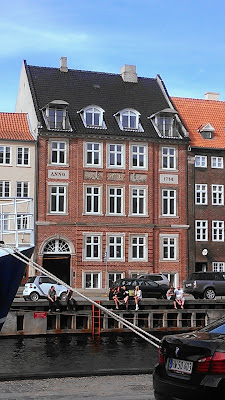 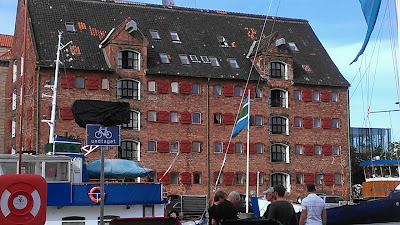 After we got home from the last trip, I found out about Flødeboller. They are a chocolate dessert with a kind of marshmallow center, but not like our marshmallow.  This was such a smooth, creamy marshmallow. 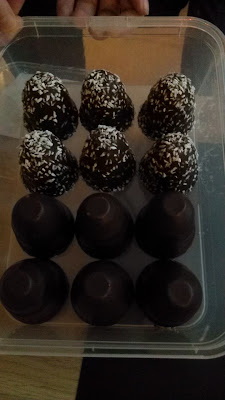 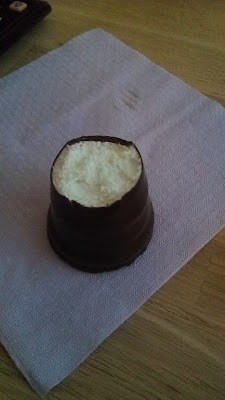 Unbelievable!  The marshmallow was kind of a "melt in your mouth" surprise.  If I could've figured out how to bring some home without them exploding on the plane, I would've done it.  I'm not sure why no one here can figure out how to make them.

This trip to Copenhagen was really nice.  It was a slower pace than last time, believe it or not. The last time I was there, I had no idea that I would be able to visit a second time. There was a lot of construction going on in various places around the city because they are expanding their metro service.  Even with the construction, Copenhagen is a gorgeous city.  Just to be there, taking in the sights, and taking in the beauty.  Another trip of a lifetime!

Thank you so much for taking the time to read about my trip.  I'm finally at the end!  Back to writing posts about the mundane, everyday life in the Small Town!