MS' Rugby Team played the alumni a couple of Saturdays ago.  Guess where they played? 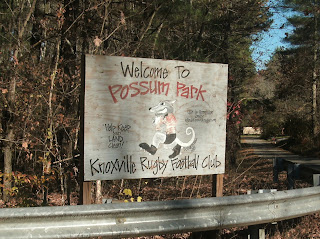 The view on my way to work on Thursday: 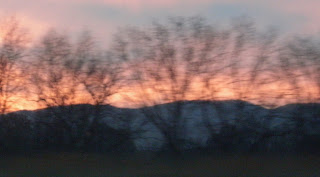 You'll have to excuse the quality.  The sky was just incredibly pink; the picture doesn't do it justice at all. 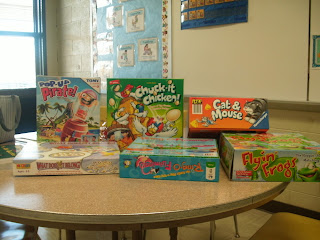 I probably shouldn't mention this, but my intern & I haven't figured out how to play "Chuckit  Chicken" yet.  It can't be too complicated, right?

The Small Town High School won their quarter-final game last Friday, beating the #2 team in the state 14-3.  We beat them the last week in October 55-33.  During half-time a former player who is now playing for an SEC Team was honored.  This is a picture of him (on the right) with a former high school teammate who is now his college teammate: 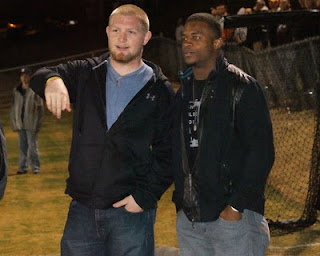 Picture taken from Facebook Small Town Booster
You'd be hard pressed to find an athlete that's received the recognition he has but is still so humbled and an all around "good guy".  There had even been some Heisman talk.

Yesterday began a 2 week stint of bus duty.  Well, really just 1 1/2 weeks since this is a short week.  Here's what I saw when I went outside for my rotation with the buses: 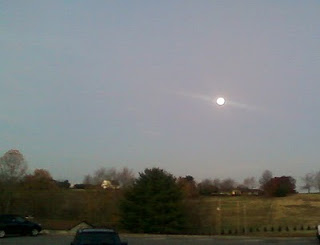