The Party's Over & Then Sings My Soul

The Ultimate Blog Party 2010 has ended.  I visited a lot of interesting blogs and have had a lot of visitors to mine.  Here are just a few of the favorites that I visited for the first time and are now following:
Julie the Army Wife
Girls to Grow
Blue Jeans & Cotton Tees (which led me to The Chocolate Lady)
The Green Greek
The Groschen Goblins
Messy Mommy
School Teacher by Day Superhero by Night
Home is Where My Story Begins
Mommy has to Work

Last night my biggest brother's band played at a local grill.  They were outside, the weather was nice, and they sounded awesome.   His wife and youngest son and his wife were there, as were my other big brother and his wife.  I went with my football friend (FF); we had a good time.  Here's a picture of the band:  Faded Blues (excuse the quality...I have a really cheap camera that doesn't take the best pictures under light): 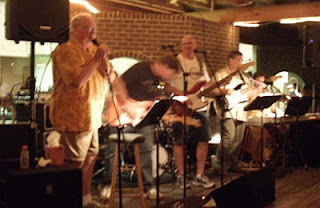 My brother is the one in the white t-shirt...pretty sexy legs, huh?  (LOL!)  He's a great guy, a terrific big brother, and has a great sense of humor.  My sister-in-law is quite the saint for putting up with him!  Before I took this picture, this is the picture that was taken: 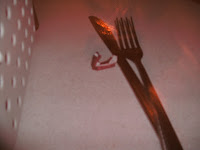 FF & I just laughed about that!  I was taking a picture of the band with the "Night Scene" option.  The camera flashed, so I put it down, and then it flashed again!

It's time for another Then Sings My Soul Saturday hosted by Signs, Miracles, and Wonders.  I absolutely love this song by Stephen Curtis Chapman; I love the orchestra playing.  It's one of those songs that gets stuck in your head and puts a skip in your step. Hope you enjoy it!

Email ThisBlogThis!Share to TwitterShare to FacebookShare to Pinterest
Labels: family, Then Sings My Soul, UBP